Immigrant detention centers are overcrowded due to the latest surge of relocating Central American families, prompting the construction of multi-million dollar facilities on the southern border. 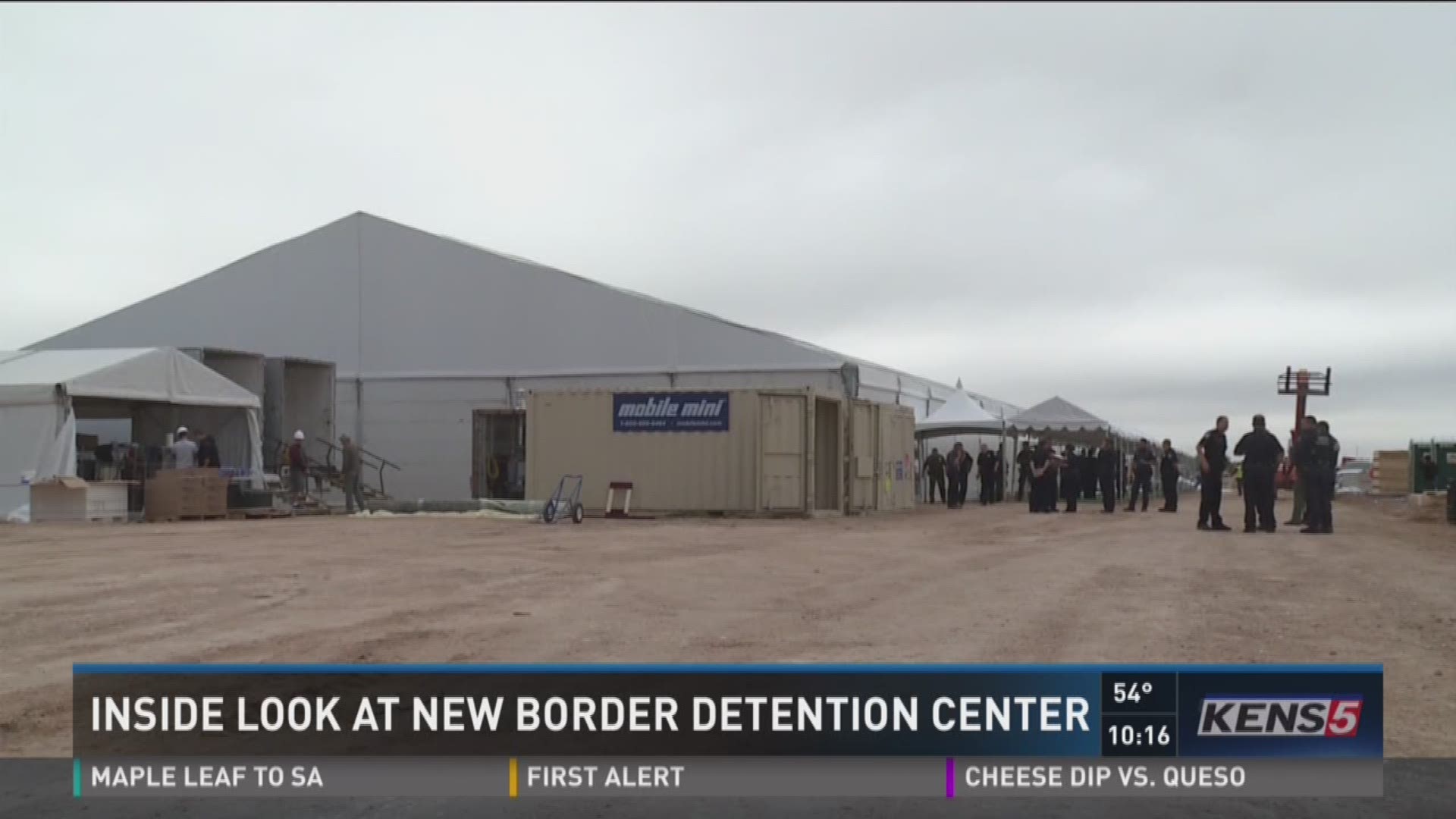 Immigrant detention centers are overcrowded due to the latest surge of relocating Central American families, prompting the construction of multi-million dollar facilities on the southern border.

Next to the Donna port of entry, construction crews are hauling the last of materials, laying down the remaining foundation, and working right down to the wire to add the finishing touches to the new, temporary holding facility for undocumented immigrants.

These centers are meant to house from 500 to up to 1,000 men, women and children, according to U.S. Customs and Border Protection.

Donna and El Paso are where these two major tents have been put up by the Department of Homeland Security and where families and unaccompanied children will be held after being detained and processed.

In a few days, they will be released from the detention center, taken to either a bus station, a shelter in Texas, or some other non-governmental organization. They are given a court date, but it’s impossible to say whether these men and women will actually return.

Meanwhile, those arriving to these facilities will be greeted with showers, food, and play areas.

“It got to the point where we simply could not handle the amount of people that were coming in or requesting asylum,” said David Higgerson, the Laredo field operations director.

In October alone, more than 46,000 people were detained along the border.

“Are the numbers concerning? Yes, they are,” CBP Commissioner Gil Kerlikowske said.

The head of U.S. Customs and Border Protection says that the concern is not only with the amount of people they’re caring for but the amount of money it’s costing. Each facility carries a price tag of about $3.8 million. And remember, these facilities are temporary ones.

“We made it very clear to the appropriators that this is an expensive proposition,” Kerlikowske said.

He added that money is burning fast and Congress will need to do more to find a solution to slow the stream of people coming across. Those Congressional efforts will hopefully mean that the temporary facilities can close permanently.

CBP says that the Donna facility will open its doors on Friday and begin housing immigrants for up to 72 hours before they are released.