Emiliano Sosa asked the governor for help getting his mom transferred to a hospital with ECMO therapy. The governor responded Wednesday night. 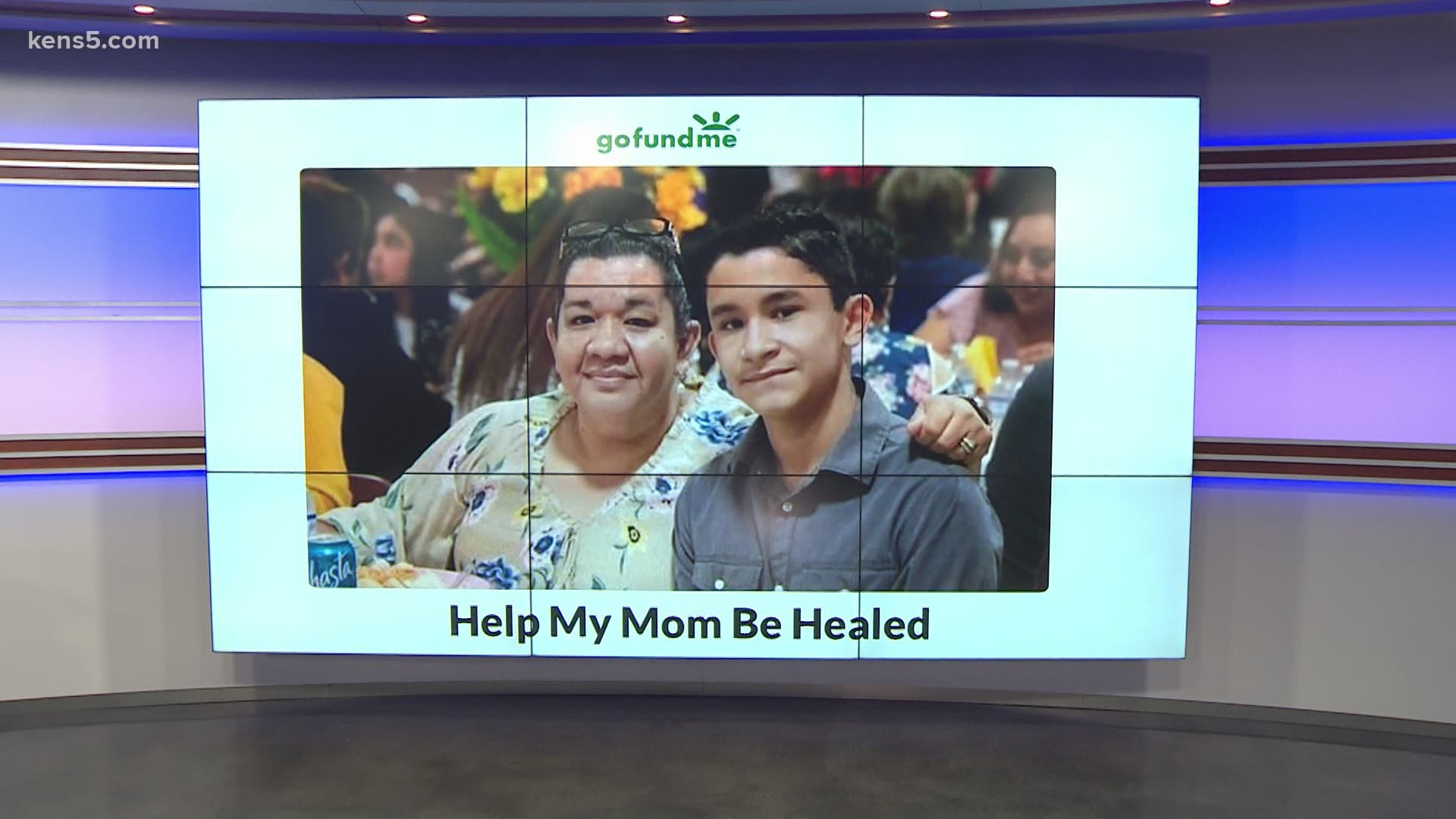 SAN ANTONIO — While most 14-year-olds are focused on their studies, one south Texas teen spent the week fighting to get his mother a potentially lifesaving treatment.

His efforts included writing a letter to Gov. Greg Abbott, and he was met with success Wednesday afternoon when Abbott reached out to the teen personally to ensure his mother would get the care she needs.

Emiliano Sosa’s mother, Erika Calderon, has spent more than three weeks in the hospital battling the novel coronavirus. Fighting for her life, intubated and on a ventilator, Sosa said in a social media video posted Tuesday, “nothing is working.”

Sosa said his mother’s only hope may be extracorporeal membrane oxygenation, otherwise known as ECMO. The treatment gives the patient’s heart and lungs a break. The problem, however, was that the treatment was not offered at the DHR Health Covid Unit in Edinburg, Texas. Calderon required transfer to a hospital in a bigger city, such as San Antonio, Houston or Dallas.

However, hospitals in larger cities have been apprehensive to accept patients from outside cities due to existing strains on their resources treating coronavirus patients.

Sosa decided to take his issue to the top of Texas government, writing Abbott on Tuesday asking for him to intervene in his mother’s situation. Before signing off on the letter, Sosa told the governor his 15th birthday was just days away, writing “the best gift that I could receive would be the news the you are providing my mother with the opportunity to receive the ECMO therapy. I beg of you to please make this a reality and help bring my mother back home.”

In addition to the letter, Sosa created a GoFundMe, explaining how a medical transport ranges in cost, some medical transport companies requiring payment up front. In less than 48 hours, the fundraiser exceeded its $20,000 goal.

Support poured in from across the country as people sent Sosa well wishes, tagging state and local leaders for assistance in the cause. By Wednesday afternoon, Sosa had received the call from Abbott.

The governor followed up by tweeting Wednesday that the Texas Department of Emergency Management had located the equipment needed to treat Calderon. A team of doctors from Houston was flown to Edinburg to assess her condition. By Wednesday evening, it was confirmed she would be transported to Houston Hermann Memorial Hospital.

Sosa said he felt the obligation to fight for his mother, who raised him as a single parent, as she has fought for him.