CPS Energy customers participating in the company's WI-FI Thermostat Rewards program get a bill credit in exchange for control of their A/C on summer's hottest days. 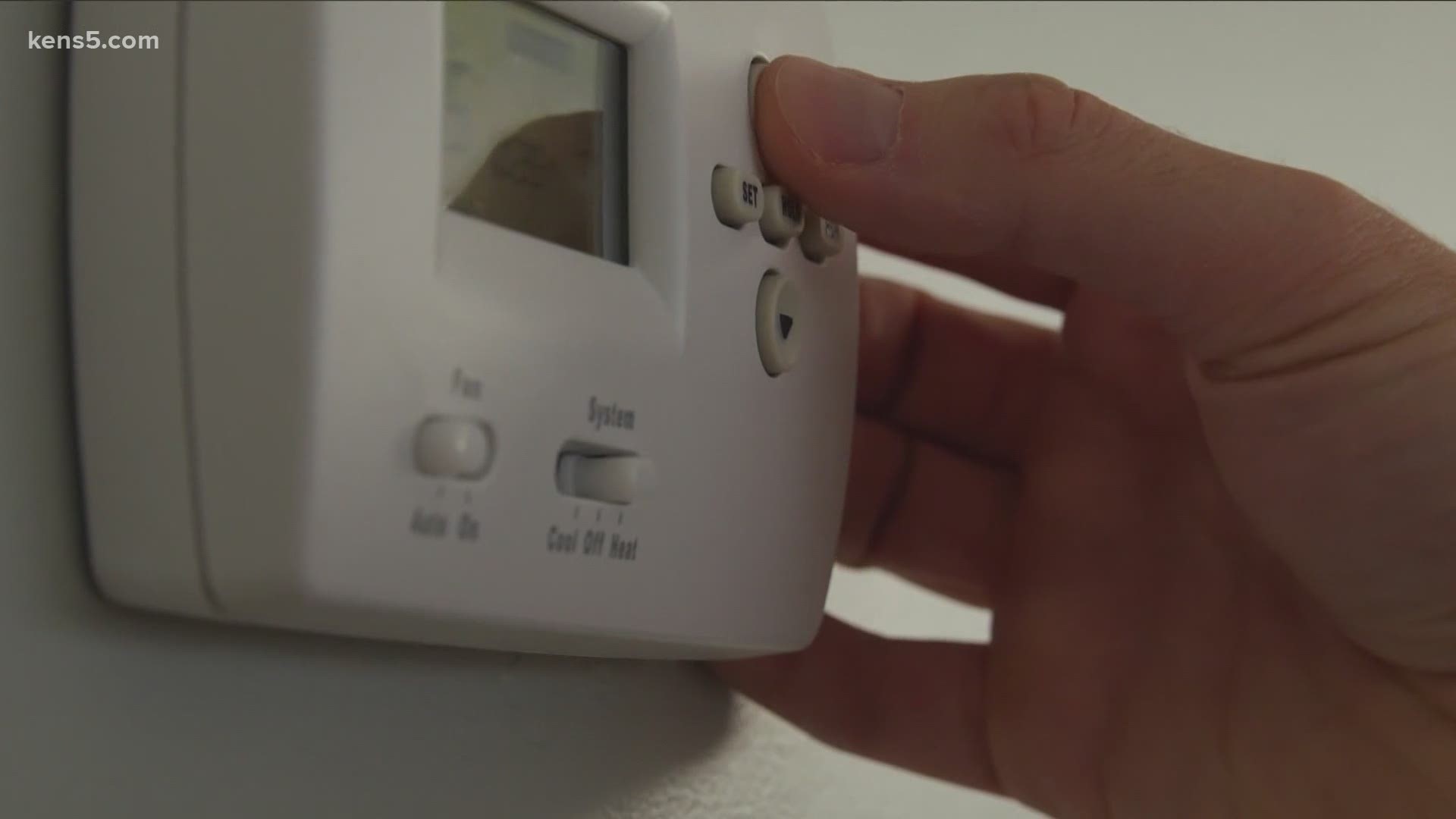 SAN ANTONIO — Some CPS Energy customers are coming home to hot houses this week, even though their thermostats are set to cool temperatures.

Customers who've opted-in to the company's 'Wi-Fi Thermostat Rewards' program give up some control of their A/C during peak energy demand periods.

CPS Energy automatically raises the temperature in participating households to save energy during tight grid conditions. Because of a predicted energy shortfall Monday, ERCOT asked Texans to crank the A/C to 78 degrees through Friday.

Each degree on the thermostat represents a 6-8 percent change in energy consumption.

Customers who opt-in to CPS Energy's program get an $85 bill credit for each thermostat they replace, in addition to a $30 annual credit at the end of each summer. Customers can opt-out at any time.

"Typically, in the summer, the air conditioner is the biggest draw of energy," University of Texas electrical grid researcher Joshua Rhodes said. "We know that residential air conditioning alone accounts for half of peak demand in Texas."

Rhodes said ERCOT data indicates customers have so far complied with the state's conservation requests. State forecasters have not predicted an energy shortfall since Monday.