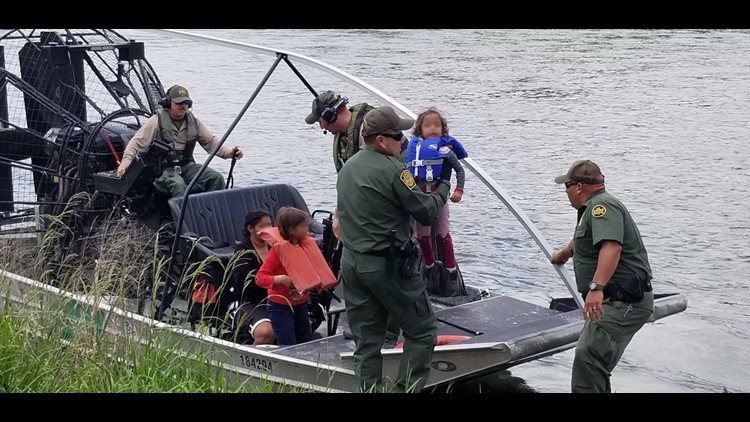 According to Border Patrol, one adult and three children were stranded on an island in the middle of the river when agents found them Monday.

The family told agents they were trying to cross into the United States on an inflated children's pool.

No one was hurt. After being rescued, the group was transported to the Del Rio Border Station for processing.

“In their attempt to enter the United States, immigrants often do not measure the risks of using improvised flotation devices in the turbulent waters of the Rio Grande," remarked Randy Davis the Del Rio Sector Acting Chief Patrol Agent, "I am proud of our agents and the lifesaving work they do every day.”