Governor Greg Abbott signed a bill into law that will provide $1.8 billion to secure the border. But money or no money, he still faces challenges to build a wall. 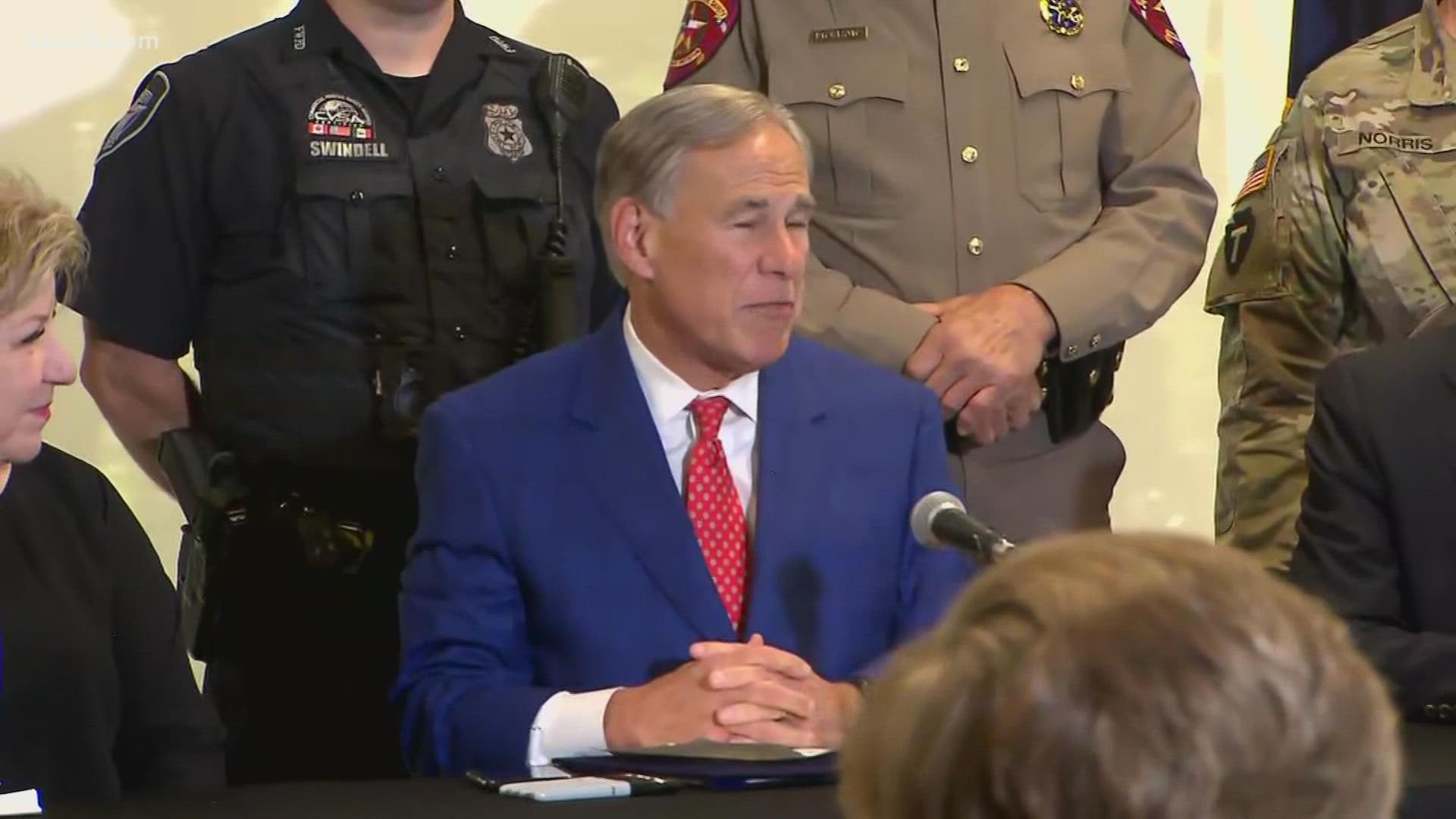 SAN ANTONIO — Governor Greg Abbott on Friday signed a bill into law which will provide $1.8 billion to better secure the border. But, money or no money, he still faces challenges to build his desired wall.

Abbott was in Fort Worth to sign House Bill 9 into law. The bill provides state funding to secure the southern border. Specifically, the money will go towards more staff, marine vessels for the Texas Department of Public Safety, the National Guard, aid for the Department of Corrections, ambulance services, lawyers and interpreters.

As for the border barrier, Abbott said Texas signed a contract with companies to oversee construction this week and that they will "quickly" work to begin building.

“It is the federal government's job to secure our border. But the Biden administration has failed to do its job. So, Texas is stepping up and doing what the federal government is supposed to do,” Abbott said. “These funds are needed because the Biden administration's open-door policy has opened the flood gates to illegal immigration to crime, to human trafficking, to drug smuggling.”

KENS 5 spoke with Rice University political science professor Mark Jones, who has expertise in public policy, electoral laws and other political institutions on governance. He says Abbott will go after what he calls "the low-hanging fruit."

“That's either land that the state owns or land where you have some property owners who are happy to have a wall built on their property,” he said.

While Abbott has secured more funding to build the wall, Jones said the same challenge exists as it did during President Donald Trump's term.

“Compared to California, New Mexico and Arizona, virtually all land along the Texas-Mexico border is privately held. Therefore, when the government wants to build a wall, they have to go through the eminent domain process,” he explained. “While some landowners, in theory, are willing, once they actually see the blueprints and realize that 60 to 80 acres of their property is going to be on the other side of the wall, that’s when they're going to say, 'Hold on, hold your horses.'"

Jones anticipates Abbott will be able to build a portion of the wall, but he will not be able to complete it.

“I think, symbolically, he'll achieve his primary goal, and that is extending President Trump's legacy of building a wall,” Jones said.

The governor has sought help from the community to secure the southern border. As of Sept.15, his office has received roughly $54 million in private donations.