SAN ANTONIO -- The founder of Texas Comicon is facing backlash after this year's event. 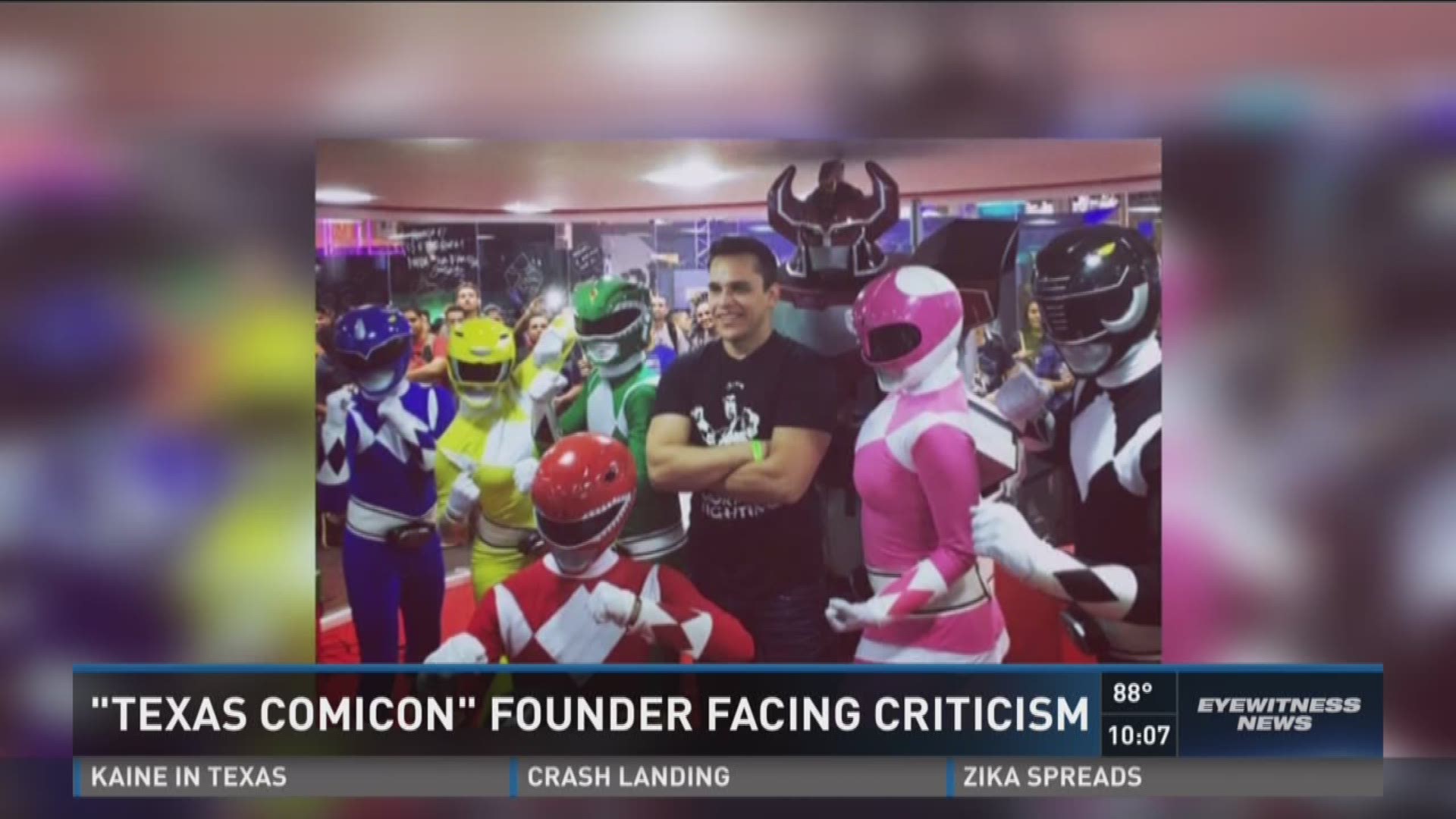 SAN ANTONIO -- The founder of Texas Comicon is facing backlash after this year's event.

Steve Cardenas, an actor known for playing Rocky DeSantos in the Mighty Morphin Power Rangers television show, took to his Facebook fan page to write a post about founder, Kris Kidd. Cardenas claimed Kidd cheated him out of $1,300 and gave hot checks to actors at the event.

However, Kidd said the accusations are false and actors were paid. He said Cardenas was not only promoted for the event, but was compensated for his travel and stay.

"If he thinks that we have an agreement verbal or contractual. It does not exist," said Kidd.

Several upset vendors also expressed their frustrations on Cardenas' page and Texas Comicon's page. Elizabeth Tabatabai said she paid more money to get a table in the vendor section, but was placed in the artist alley, which is for smaller-scale vendors. The vendors in the artist alley pay less for a spot.

"I just want a refund. I wasn't given what I paid for. I paid for a vendor spot," Tabatabai said.

Kidd said they did their best to give vendors their first pick. He said some smaller-scale vendors ended up having to pay more because there were not enough spots open in the vendor section.

Cardenas did not respond back for comment. Kidd said if Cardenas does not retract his post, he plans to take legal action.