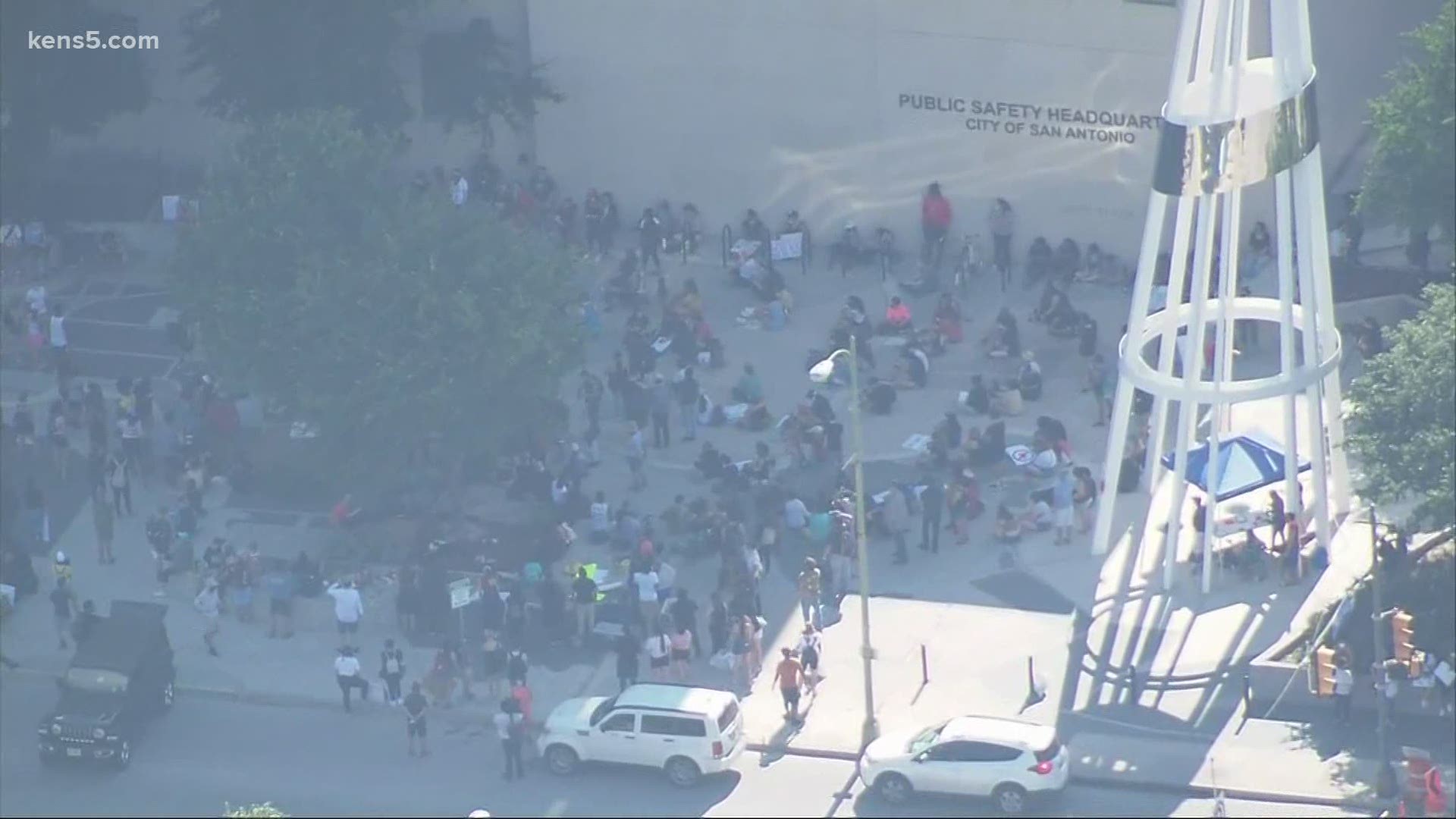 CIty officials have rescinded the temporary curfew for downtown San Antonio amid an eighth straight day of continued protests.

According to a release from the city, City Manager Erik Walsh and the San Antonio Police Department recommended the curfew to be lifted following "several days of peaceful protests." San Antonio Mayor signed a declaration to officially lift the curfew Saturday afternoon.

Mayor Nirenberg offered the following statement, saying he was "encouraged" by the move: “The dialogue between the City, organizers, and demonstrators is a welcome development that is emblematic of the San Antonio way, and I am encouraged that we are able to end the curfew sooner than planned.”

Nirenberg issued a local disaster declaration, implementing a nightly curfew from 9 p.m. until 6 p.m., Wednesday after daytime demonstrations had on occasion "devolved after dark into several incidences of vandalism and looting," according to the mayor.

Efforts from local law enforcement to disperse crowds late into the evenings of May 30 and June 2 resulted in the use of rubber bullets and tear gas from officers.

SAPD Chief William McManus said the department's recommendation came after several meetings with organizers throughout the last week. McManus also said his department "remains committed to protecting the First Amendment rights of all who peacefully protest while also ensuring the safety of people and protection of property."

At least 100 gathered outside SAPD headquarters Saturday for an eighth straight day of protesting racial injustice and demanding accountability after George Floyd’s killing.

RELATED: 'They said my jaw looked like I got hit by a car’ | Austinite hit in face by less-lethal round starts road to recovery