Police searching for truck that may have struck, killed teen on I-35

Police said the victim was dead by the time officials arrived at the scene. 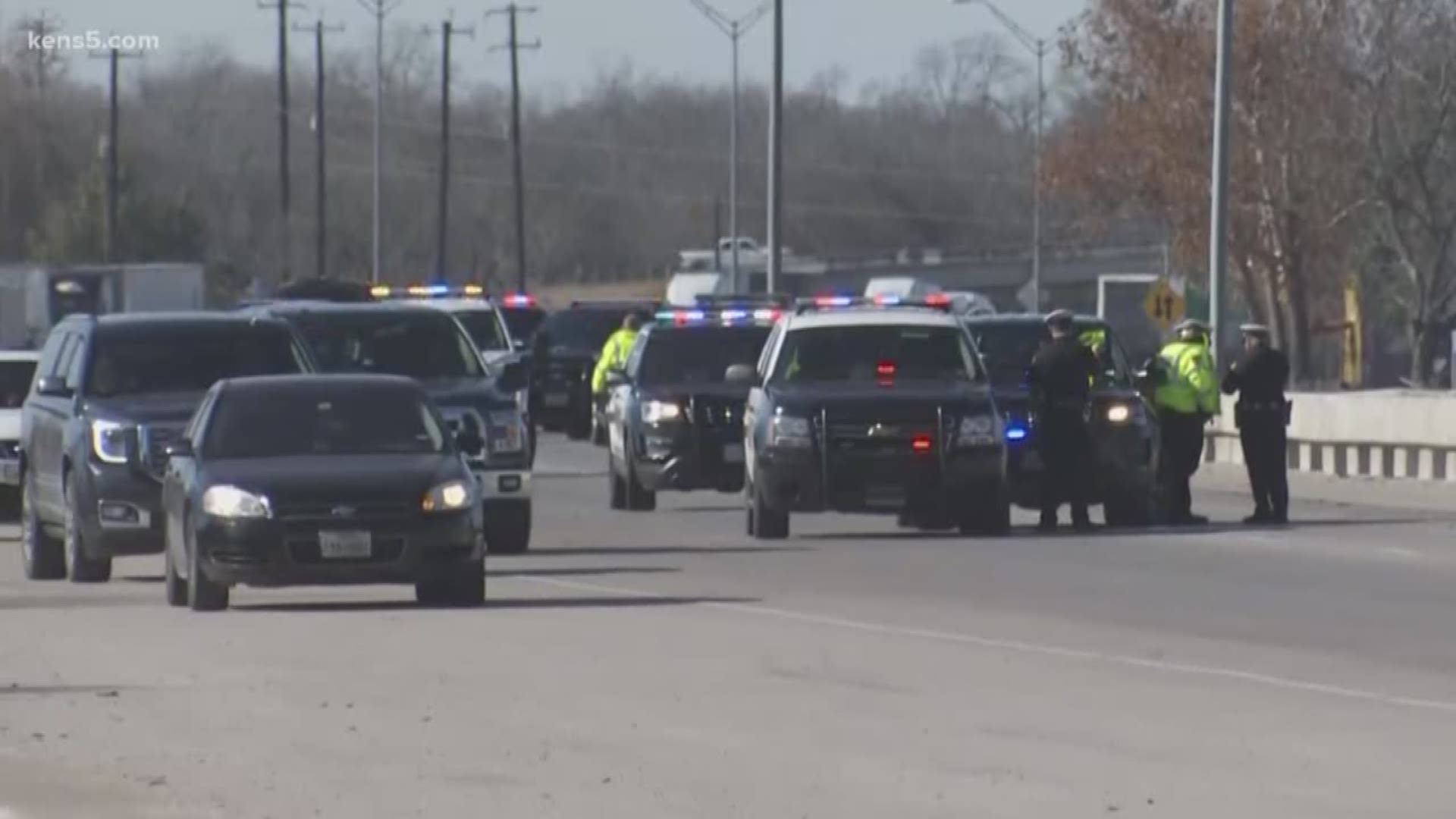 SAN ANTONIO — Police are searching for a semi-truck that witnesses say struck and killed a 19-year-old on Northbound I-35 South at the Fischer Road ramp.

The incident was reported to police at 10:14 a.m Friday morning. Witnesses told responding officers that they saw a body roll from underneath an 18-wheeler's trailer.

A spokesperson for the San Antonio Police Department said the victim was dead by the time officials arrived at the scene. Detectives are handling this case as a Failure to Stop and Render Aid-Death investigation

Police have shut down northbound lanes of I-35 near the incident while authorities investigate the accident. They are encouraging citizens to avoid the area.

The victim has not yet been identified.