By the time deputies arrived, Garcia said, the suspects were gone. But they were later found getting treatment at the hospital. 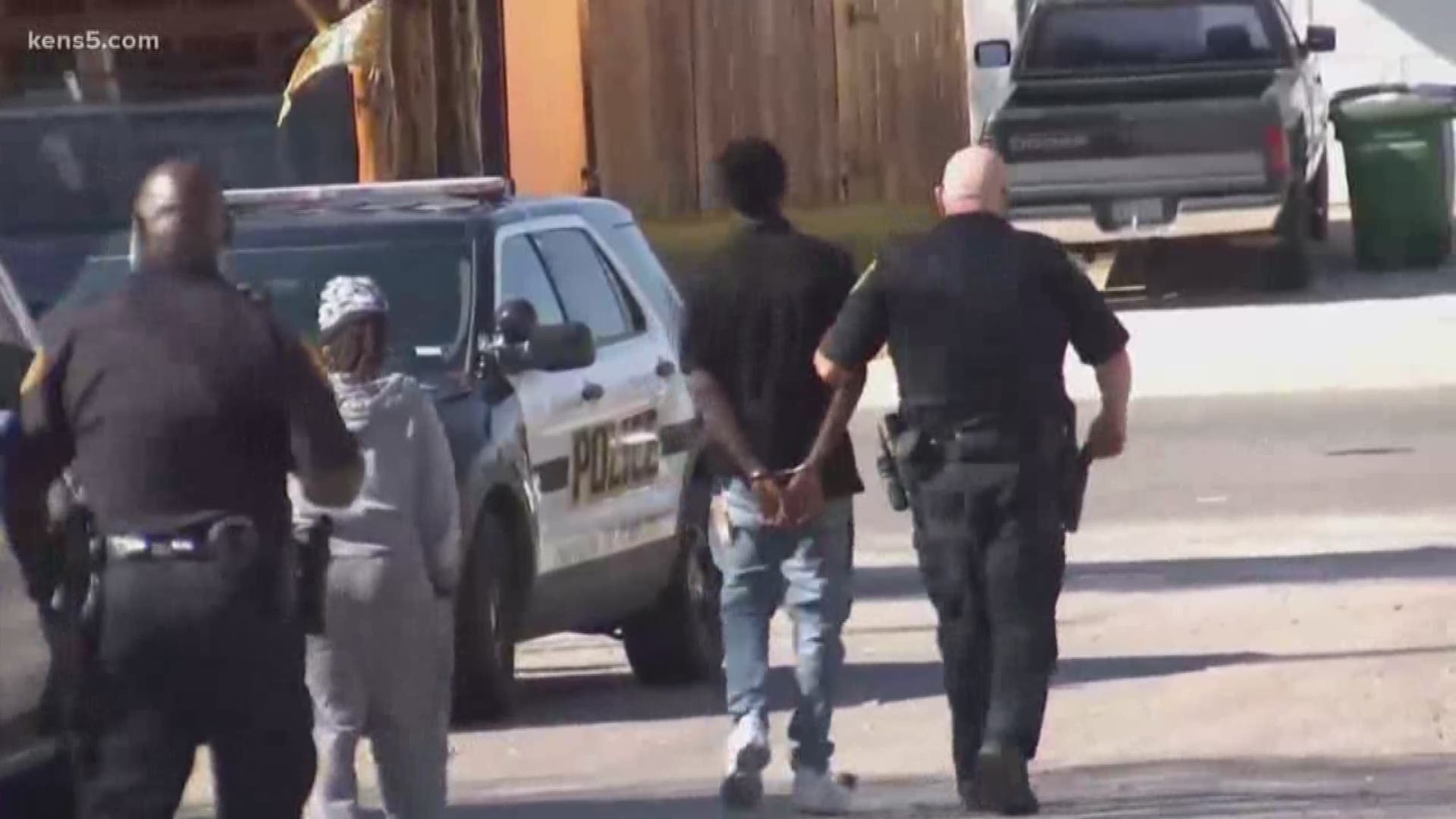 SAN ANTONIO — A homeowner on the city's northeast side pulled his gun after walking in on a burglary at his home Tuesday morning, sending one suspect to the hospital.

"When he arrived home, two suspects were inside his residence. (He) chased them upstairs and discharged a firearm before they fled on foot," said Johnny Garcia, a spokesperson with the Bexar County Sheriff’s office.

By the time deputies arrived, Garcia said, the suspects were gone. But a tip from the San Antonio Police Department about a man taken to the hospital with a gunshot wound from the Sunrise neighborhood raised some questions.

"The details were very similar," he said.

Just hours later, deputies connected both crime scenes and arrested three suspects, one of them being that teen after he fled to a home.

"Anytime you come home to find burglary suspects it's always best to avoid the situation, get to a safe location and make a phone call to police," Garcia warned.

All three teens face charges for burglary with the intent to commit felony theft.