15-year-old Rebecca Taylor is helping to launch a program to help other sick children after she developed pancreatitis. 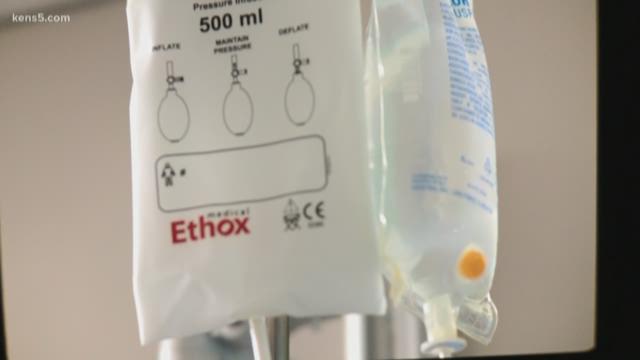 SAN ANTONIO -- A 15-year-old girl battling an auto-immune disease that resulted in pancreatitis is helping to launch a nationwide program to help other sick children.

Rebecca Taylor has battled an unknown disease that attacked her organs since May 2010. She developed pancreatitis, a disease in which the pancreas becomes inflamed.

She joined Eyewitness News Sunday morning with her mother, Christyn, to share her story. Rebecca had just gotten out of the hospital a few days ago.

"All the pain started in one central location and it would just ripple and vibrate throughout my body and it wouldn't stop. No matter what medication they would give me," recalled Rebecca. "There have been a lot of people who have been war victims or people who have gone through extreme pain and say pancreatitis is a lot worse than those."

Rebecca's pancreas began to fail and she developed infections and blood clots. Her doctor, Sandeep Patel, a pancreatic specialist at UT Health Science Center, performed nearly 2 dozen endoscopic procedures on Rebecca to help control the inflammation of her pancreas. But her condition worsened and she was forced to undergo a risky, experimental procedure.

She went to the University of Minnesota in Minneapolis to get surgery where she had her bile duct, duodenum, gall bladder, pancreas and spleen removed. She's now the first child of her age in the state of Texas to have survived this procedure.

"We didn't take out her primary disease, which was the pancreas. That was the secondary disease. Her auto-immune disease attacks different portions of her organs. Her muscular system, her neurological system. Her liver. And so far -- that was just taking out one problem. But her body is still riddled with other types of issues," said Christyn.

Despite her continued pain and physical struggles, Rebecca has made it her mission to help other kids with pancreatitis. Through the Make-A-Wish foundation, she wants to start a charity to fund research and treatment of pediatric pancreatitis. The facility would be first-of-its kind in San Antonio.

"I basically want to have San Antonio be a haven for these kids. So, they can come in from all over the world and be able to receive this treatment they need. Rather than being told by their local hospitals that they have no options," Rebecca said.

The goal is to train medical professionals in the Alamo City who will then go to other cities in the country and train other physicians. Dr. Patel, who is in charge of the program, told Make-A-Wish that there's been growing interest of pediatric pancreatitis in the last two years.

“Each year, there are 150,000 kids across the nation admitted to hospitals acutely ill with pancreatitis. But we estimate that anywhere from double to triple that number are undiagnosed. Historically, there has been little training in treating this childhood disease. Our ability to couple clinical expertise with training fellows in a pediatric setting not only makes us unique, but enables us to tackle this growing problem,” Dr. Patel said.