KENS 5 has exclusive photos of inside the home of the man accused of stealing a horn shark from the San Antonio Aquarium. It gives better insight on how the animal survived in the last few days. 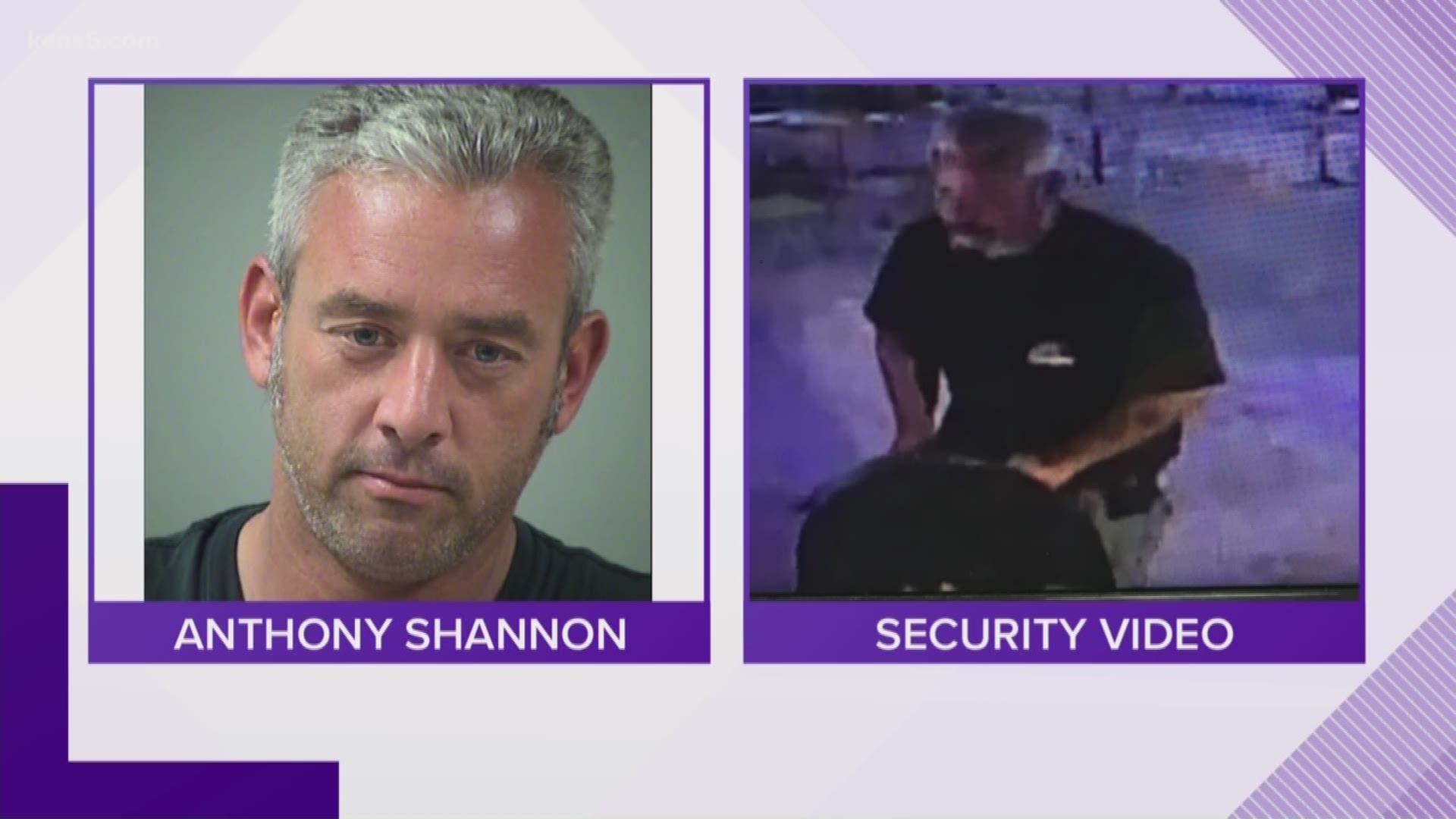 SAN ANTONIO — Over the weekend, 38-year-old Anthony Shannon was caught on surveillance camera, grabbing Miss Helen the horn shark from the San Antonio Aquarium and taking off with her in a baby stroller. He was one of three people who took off with the animal. Leon Valley police said Shannon eventually, confessed to the crime and was charged with felony theft.

Pictures and video of Shannon's home show huge tanks and accessories for a variety of marine animals. Joseph Salvaggio, the Leon Valley police chief, said Shannon had exotic fish and other sharks in the tanks.

"The garage, in particular, there was, what is being described as a 6,000-gallon salt water tub that didn't even have a top. It was a huge tub and a 2,000-gallon one that was basically, floor to ceiling with all types of different marine animals," Salvaggio said.

The chief said Shannon prepared for weeks to steal Miss Helen after investigators spoke with staff at the aquarium. He asked employees questions about the tanks, the water and the specific temperature.

"There's no way the shark would have survived. It still doesn't make sense that it did survive but they were prepared inside the house and probably in the vehicle to transport this thing," said Salvaggio.

State and federal agencies are now part of the investigation. They are examining the other marine animals at Shannon's home to determine if they were transported illegally. Salvaggio said they are also looking into an ad to sell Miss Helen that was posted online.

"I'm sure there's a black market for selling all kinds of animals but we're not just sure at this time," said Salvaggio. "Miss Helen luckily, survived and she'll be there at the aquarium for people to see here for years to come."

Police said Shannon attempted to change the date on a receipt for a previously-purchased horn shark and pretended it was for Miss Helen. The two other people who were with Shannon at the time of the theft will also be facing felony theft charges.