2 suspects in custody after SWAT situation in northeast Austin

Residents were asked to avoid the area and stay indoors. 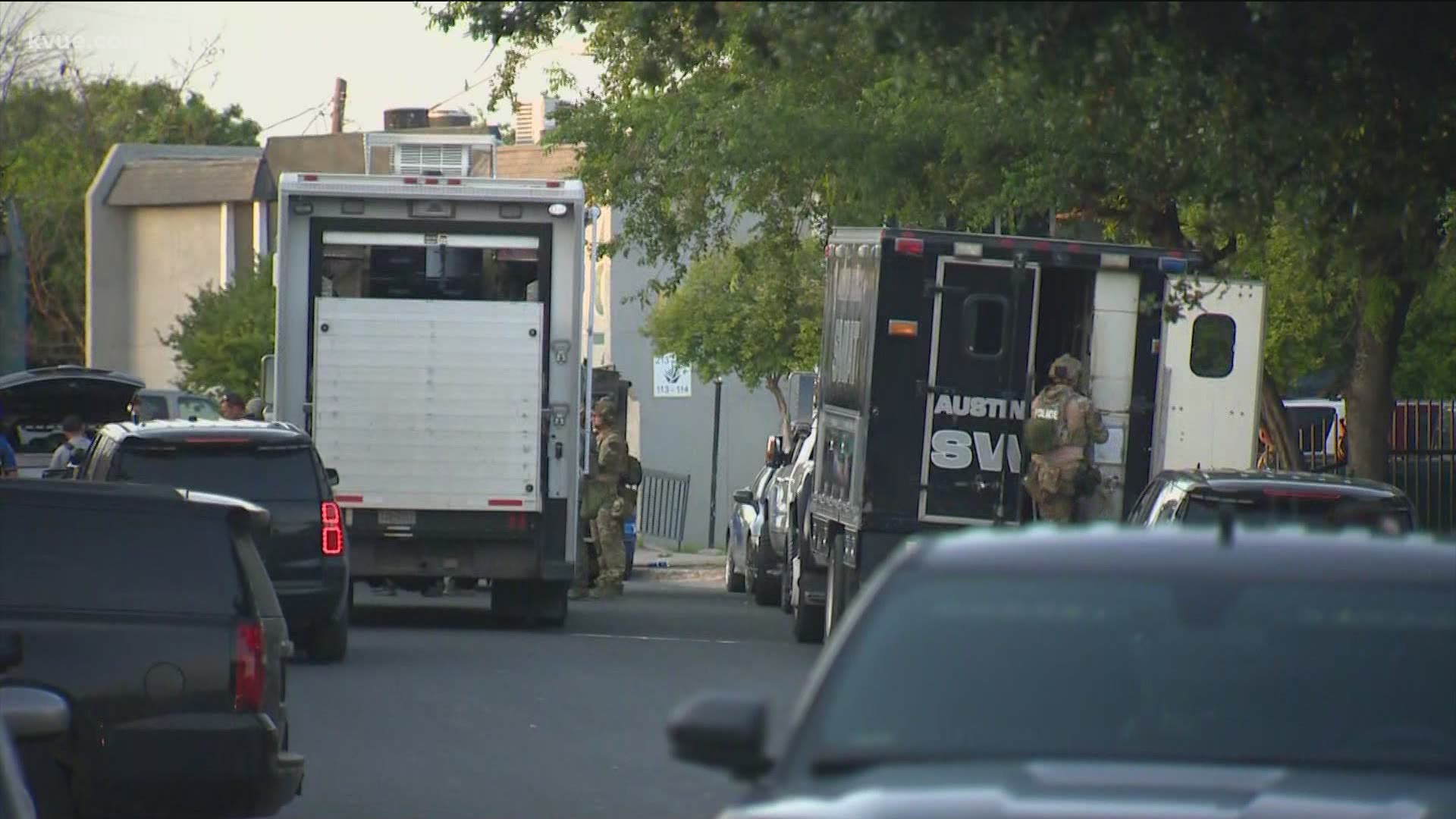 Police said the callout was at an apartment complex at the 7000 block of Grand Canyon Drive, north of U.S. Highway 290 and east of Interstate 35.

The incident started around 3:45 p.m., when officers located two suspects accused of aggravated robbery with a deadly weapon.

Those two suspects barricaded themselves inside an apartment, and police said the SWAT team was called when they ignored commands to surrender peacefully.

The SWAT team and hostage negotiators were in contact with the suspects, who were considered armed and dangerous. It was believed only the two suspects were inside the apartment, police said. Adjacent apartments were evacuated.

Residents were asked to avoid the area and stay indoors.

Both suspects were taken into custody at around 2:30 a.m. Thursday.