"On this very hallowed ground, there are soldiers that lost their lives and dedicated to eradicating this very evil," said one rabbi pushing for their removal. 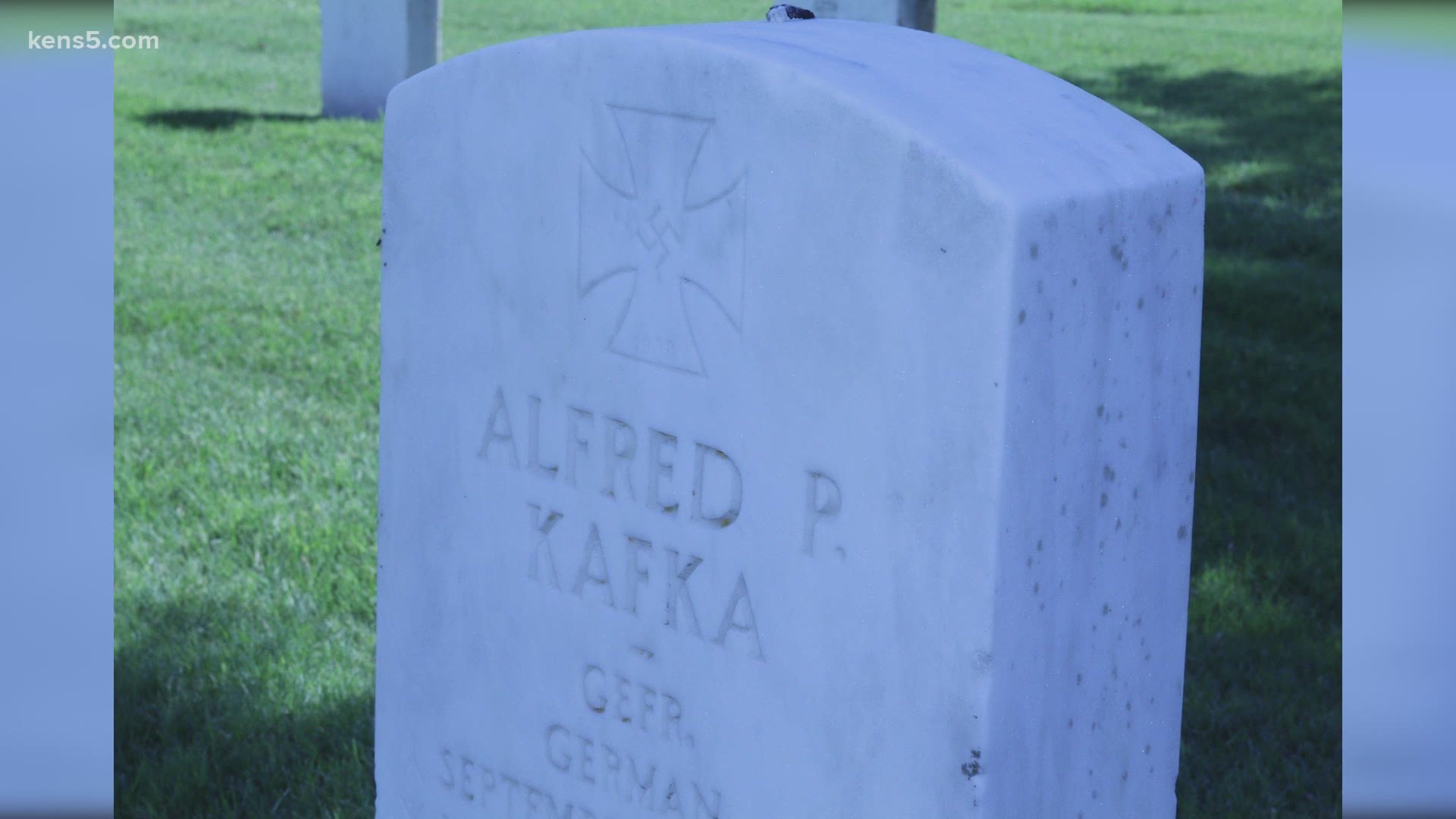 The U.S. Department of Veterans Affairs announced Tuesday that it will begin the process of replacing the headstones depicting swastikas inside Fort Sam Houston National Cemetary.

In an announcement made Tuesday, VA Secretary Robert Wilkie wrote: “Americans must always remember the horror of the Nazi regime and why so many Americans sacrificed so much to free the world from its reign of terror. It is understandably upsetting to our Veterans and their families to see Nazi inscriptions near those who gave their lives for this nation. That’s why VA will initiate the process required to replace these POW headstones.”

Rabbi Chaim Block is the executive director of the Chabad Center for Jewish Life & Learning in San Antonio. He and many other groups are upset about the swastikas on the headstones of two German prisoners of war who died in 1943.

"Which are a symbol a quintessential symbol of hate and evil, that we went to war against and sacrificed so much," he said. "And on this very hallowed ground, there are soldiers that lost their lives and dedicated to eradicating this very evil."

There are other similar headstones in Utah. Several groups are calling on the VA to have the symbols removed after they were recently discovered. The Jewish Federation of San Antonio said the representations of the swastikas and the messaging on these gravestones is a dishonor to soldiers and to our U.S. military.

The Director of the Community Relations Council said, "We made a request through the Veterans Administration website that the swastikas and the message be removed from the gravestones. Swastikas are representations of the Nazi regime, a regime that murdered eleven million innocent people, including 6 million Jews."

Rabbi Block understands the sacredness of these headstones, but said something has to be done.

"When you come across a swastika with a statement 'Die far from home fighting for the Führer,' in an American cemetery and no one does anything about it, or the VA doesn't do anything about it, that is not consistent with our values and with America stands for," he said. "It is not okay to do nothing anymore."

Below is a statement released to KENS 5 by the VA.

VA is aware of two headstones at Ft. Sam Houston National Cemetery that includes these symbols.

The cemetery was under the control of the Army when these interments occurred in the 1940s. The Ft. Sam Houston cemetery was subsequently transferred to VA’s National Cemetery Administration in 1973.