Newswatch 16's Courtney Harrison spoke with Harold Gary about the secret to his long life and how he is using that tip to help others. 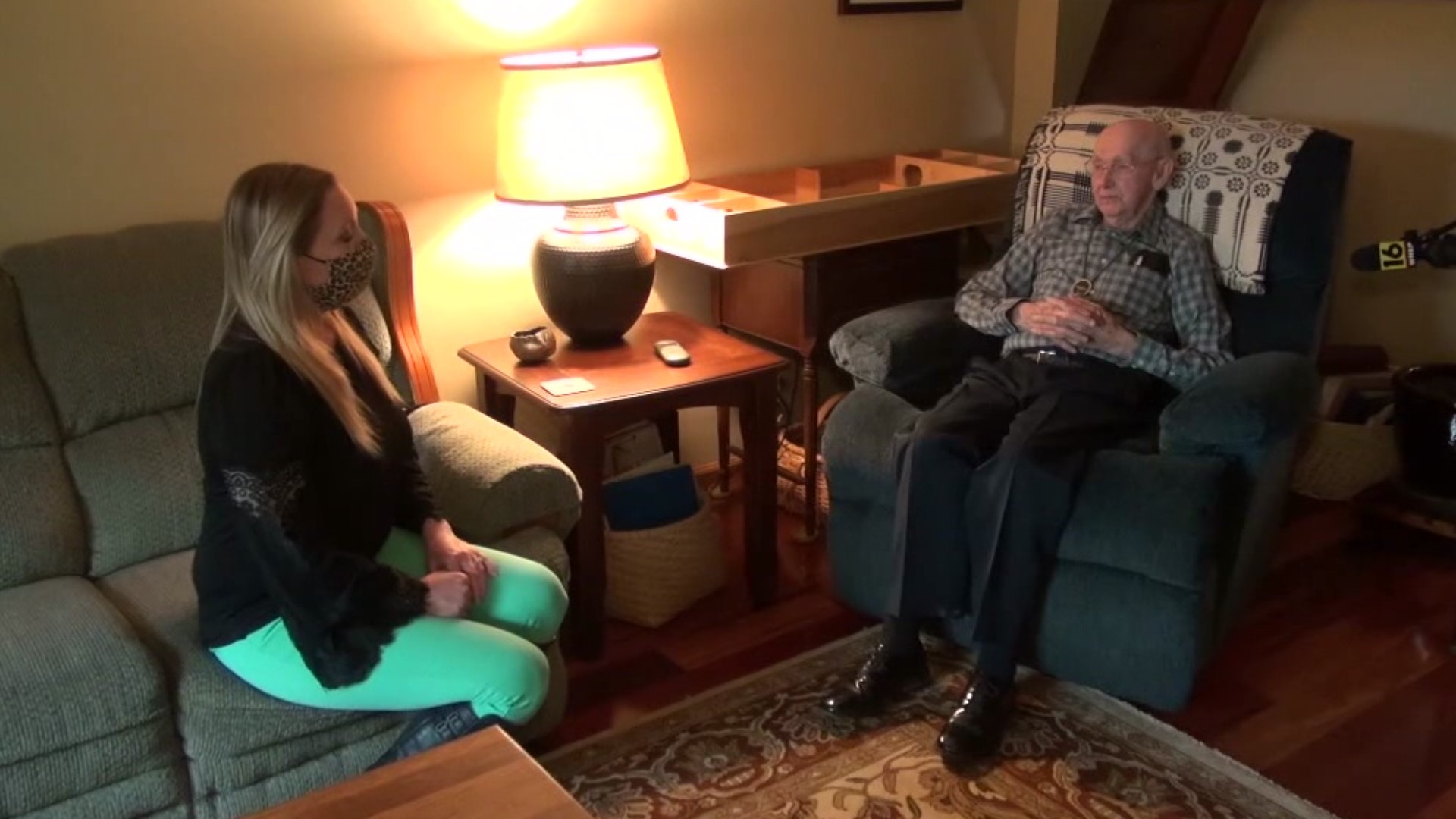 MONTROSE, Pa. — Twin Tiers Honor Flight is a program based in Binghamton, New York, that pairs veterans with guardians and pays to bring them by plane or bus to see the memorials in Washington DC.

Since 2014, Twin Tiers Honor Flight has done nine trips, bringing more than 500 veterans to the memorials, including 99-year-old Harold Gary of Montrose.

"It was such a gift to veterans, almost undeserved. It seemed like to me," Gary said.

"We got to spend a lot of time on that flight," said Montrose resident Patti Jo Caterson. "Harold shared his stories with me. I shared some with him too, and we've just stayed in touch."

Last year, Caterson and Twin Tiers asked people to send birthday cards for Harold's 99th birthday. It was so successful she hopes he can get at least 100 cards this year for his upcoming 100th birthday on May 28.

Harold also decided he wanted to give back to Twin Tiers and pay it forward.

"He called and said what he was thinking about. He wanted to do this walk as a fundraiser for Honor Flight, and would I help him with a friend of his? And it was no question," said Caterson.

Harold and Patti Jo will participate in the walk on June 5. Harold says walking is one of a few things that he believes helped get him to see 100 years of life.

If you or your organization would like to send a birthday card to recognize his 100th birthday and thank him for his service, you can mail your card, letter, or drawing to:

You can also send donations to help send a veteran on a future mission to that address.