Thousands of immigrants await a decision on the future of the Deferred Action for Childhood Arrivals program. The Supreme Court is expected to make a decision soon. 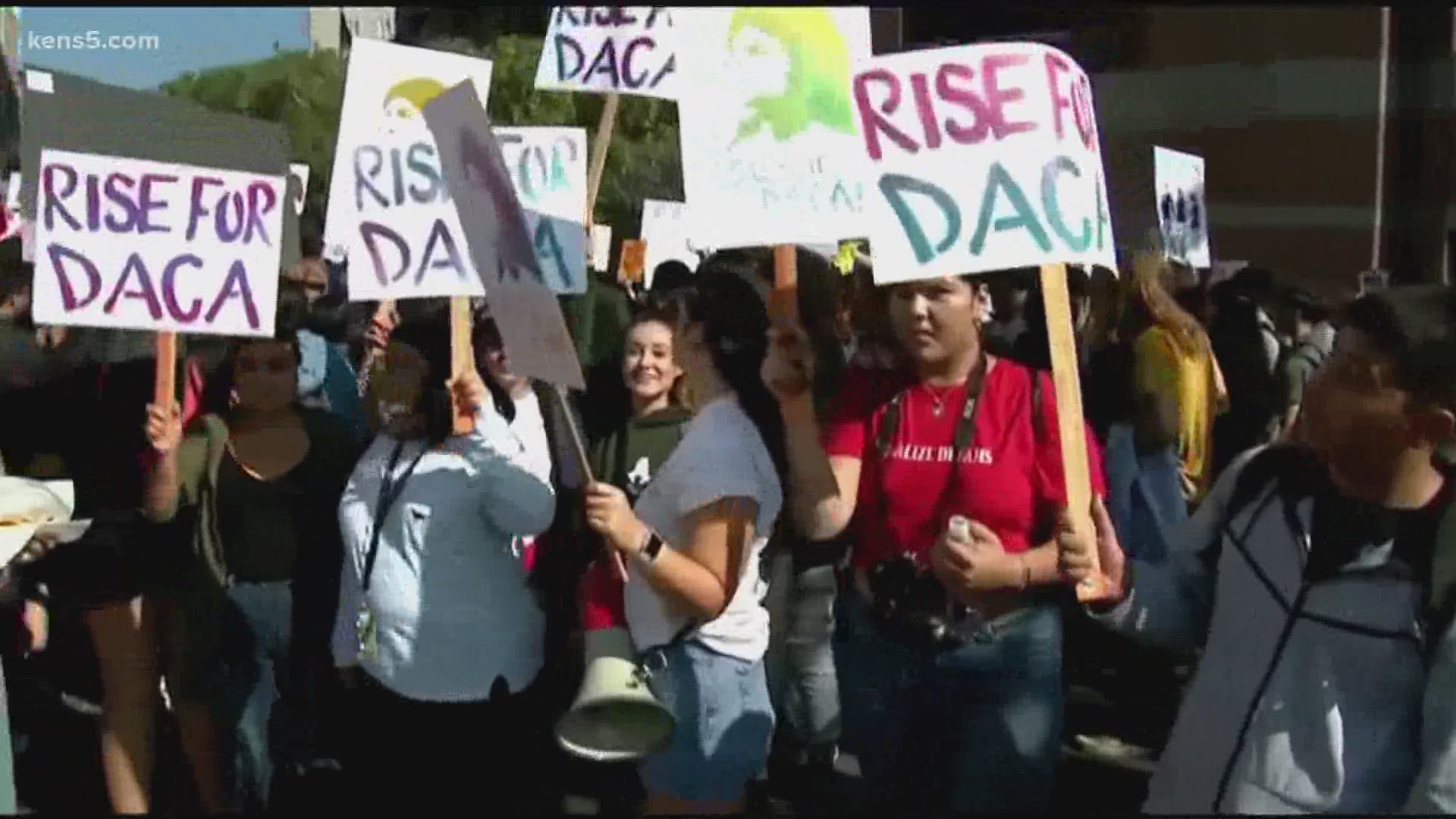 SAN ANTONIO — Thousands of immigrants are awaiting a decision by the Supreme Court on the future of the Deferred Action for Childhood Arrivals program. The justices are expected to make decision on whether to continue or end DACA.

Deferred Action for Childhood Arrivals (DACA) is an Obama-era program that allows young undocumented immigrants to pursue an education and work in the United States. The 2012 policy protects young immigrants from deportation. In 2017, President Donald Trump ordered to end DACA and a legal battle ensued over the move. The Supreme Court has now taken up the case. The justices are expected to make a decision in June.

KENS 5 spoke with local attorney T.J. Mayes, who taught immigration law at the University of Texas at San Antonio and was involved in lobbying on the issue. He believes the Supreme Court will likely decide that President Trump has legal authority to end DACA.

“The question is did they follow the proper procedures or not? I bet the Supreme Court will give some short-term relief to DACA recipients and give the Trump administration some time to follow those proper procedures,” said Mayes.

According to the American Immigration Council, 1 in 6 Texas residents is an immigrant. In 2018, 4.9 million immigrants made up 17% of the population in the state. Mayes said if the program ended, the economy would take a hit. He shared the effects on the state and especially, in Bexar County.

“Immigration has slowed in the last couple of years but it is still an important part of our community,” said Mayes. “This is very impactful for Bexar County. 81,000 undocumented immigrants that live in Bexar County and Texas, state-wide there are 2,000 public school teachers who are DACA recipients.”

Protests have erupted nationwide as demonstrators stand up against racial injustice and police brutality, in wake of George Floyd’s death. If the Supreme Court decides to side with the president, Mayes predicts that it will fuel demonstrations further.

RELATED: 'We all have hope': Dreamers optimistic after Supreme Court DACA hearing