Eight-year-old Jack Cummings and his dad formed a group to help families in the San Antonio-Bulverde area gain strategies for coping with stuttering. 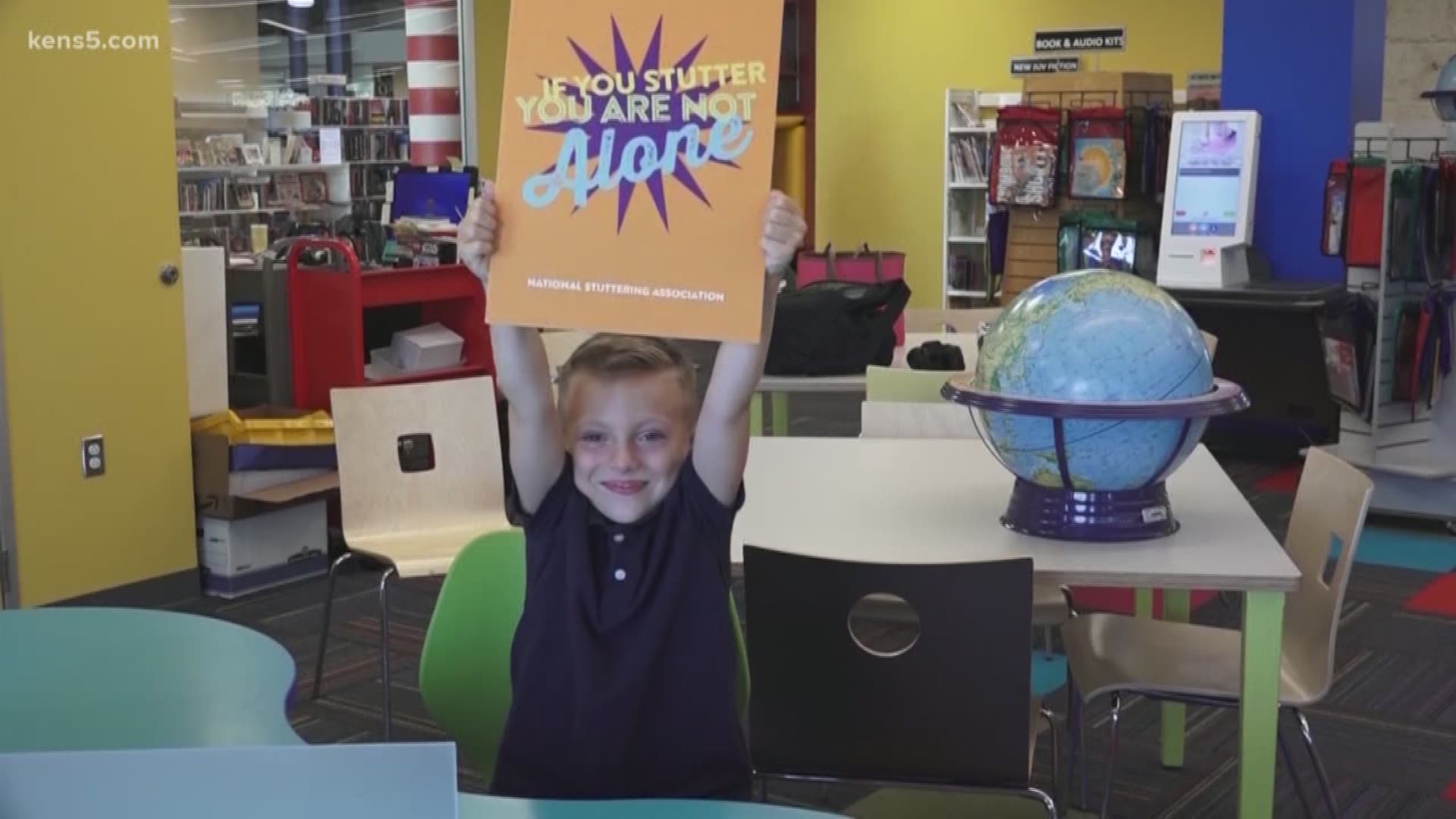 SAN ANTONIO — Marilyn Monroe, Steve Harvey, James Earl Jones and Joe Biden were never strangers to the spotlight, but many people might be surprised to learn they suffered from a stutter.

One local boy wanted to raise awareness about the communication disorder affecting one percent of the population, so he decided to do something about it.

Jack Cummings, who is eight years old, loves a good book, but sometimes the words don’t always come out.

Jack has been struggling with a stutter since he was four years old. As he got older, his family tried to find him a support group for families, but their search came up short- when they discovered there weren’t any in town specializing for kids and teens.

“When I stutter, I get a little frustrated, so we’ve been looking to see if there was a support group and there wasn’t any support groups. The closest one was in Austin and I said, ‘Dad, I want to make a stuttering group to raise awareness in San Antonio,’" he said.

So, he did just that and formed a local chapter of the National Stuttering Association.

“It was all really Jack’s idea. Jack wanted to meet other kids that were struggling with stuttering and he also wanted to make some friends. The other thing that struck me is he wanted to create an environment where kids could bounce ideas off of each other and mentor each other. They wanted to come up with strategies on how to deal with bullying,” Jack’s father, Brian Cummings said.

He said one way to combat bullying is to keep educating people.

“Jack and I decided that, well, the best way to combat that is to educate people. To educate people what a stutter is; that it means you are not less intelligent that anybody. You just have a hard time getting your words from your brain to your mouth and it’s just that simple,” he added.

About three million people in the United States have a stutter.

“Stuttering is where someone’s connected speech is disrupted either by blocks, prolongations, repetitions. Imagine fluent speech that typical people have but it can be quickly abrupted by tension in the muscles or just a break in the speech pattern. There is no cure for it; there is no set cause for it either,” Ashleigh Zelenak, Jack’s Speech Language Pathologist of Speech and Language Center at Stone Oak said.

She said when speaking to someone with a stutter, it’s important to be patient.

“Do not rush your child when he or she is speaking. Definitely allow plenty of time so that if you ask a question, do not have the child be rushing to answer,” she said.

Jack had some important advice of his own for other kids who have a stutter.

“That-don’t be afraid to stand up if someone is making fun of your stutter, just walk away.”

The National Stuttering Association’s San Antonio-area chapter meets every first Saturday of the month at the Mammen Public Library in Bulverde, Texas.

The meeting offers a space for people who stutter, their friends, family and speech language pathologists to learn more about stuttering and explore new ways to cope.

Kids and teens between the age of 7-17 are welcome, along with their family members.

The next meeting is scheduled for Saturday, September 7 at 3:00 p.m.

You can learn more information about stuttering here.

You can also reach out to Brian Cummings via email at btcjr78@gmail.com.

Texas gun laws are about to get more lenient

Texas' tax-free weekend is around the corner