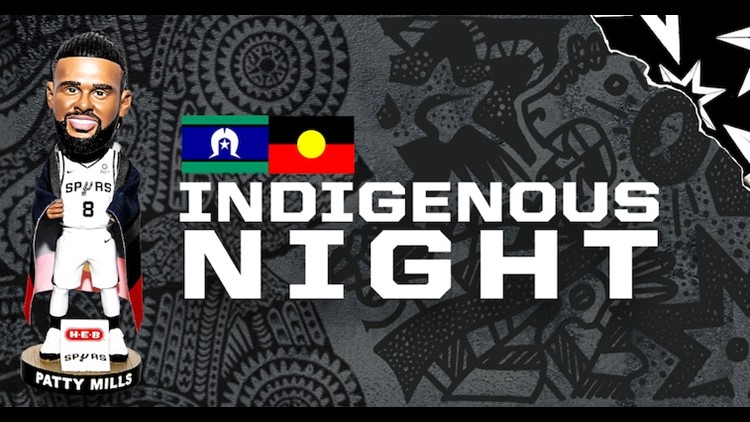 The Spurs will "pay homage to Indigenous cultures across the globe," according to a press release by Spurs Sports and Entertainment.

Indigenous Night, which was initiated by Patty Mills, will be held on Sunday, January 19 when the Spurs host the Miami Heat.

The event will feature the debut of Mills' apparel collection collaboration with the Tāp Pīlam Coahuiltecan Nation; the collection features imagery depicting the tribe's early history.

Ramon Vasquez, Executive Officer for the Tāp Pīlam Coahuiltecan Nation, said “Patty was so sincere to establish a relationship with us, because he related with our stories and our ceremonies and our conversation with his family back home."

The first 10,000 in attendance will receive a Patty Mills bobblehead courtesy of H-E-B.

Tipoff against the Heat is set for 2 p.m.