Police blocked off the intersection of Southcross and Presa after a small helicopter crash. 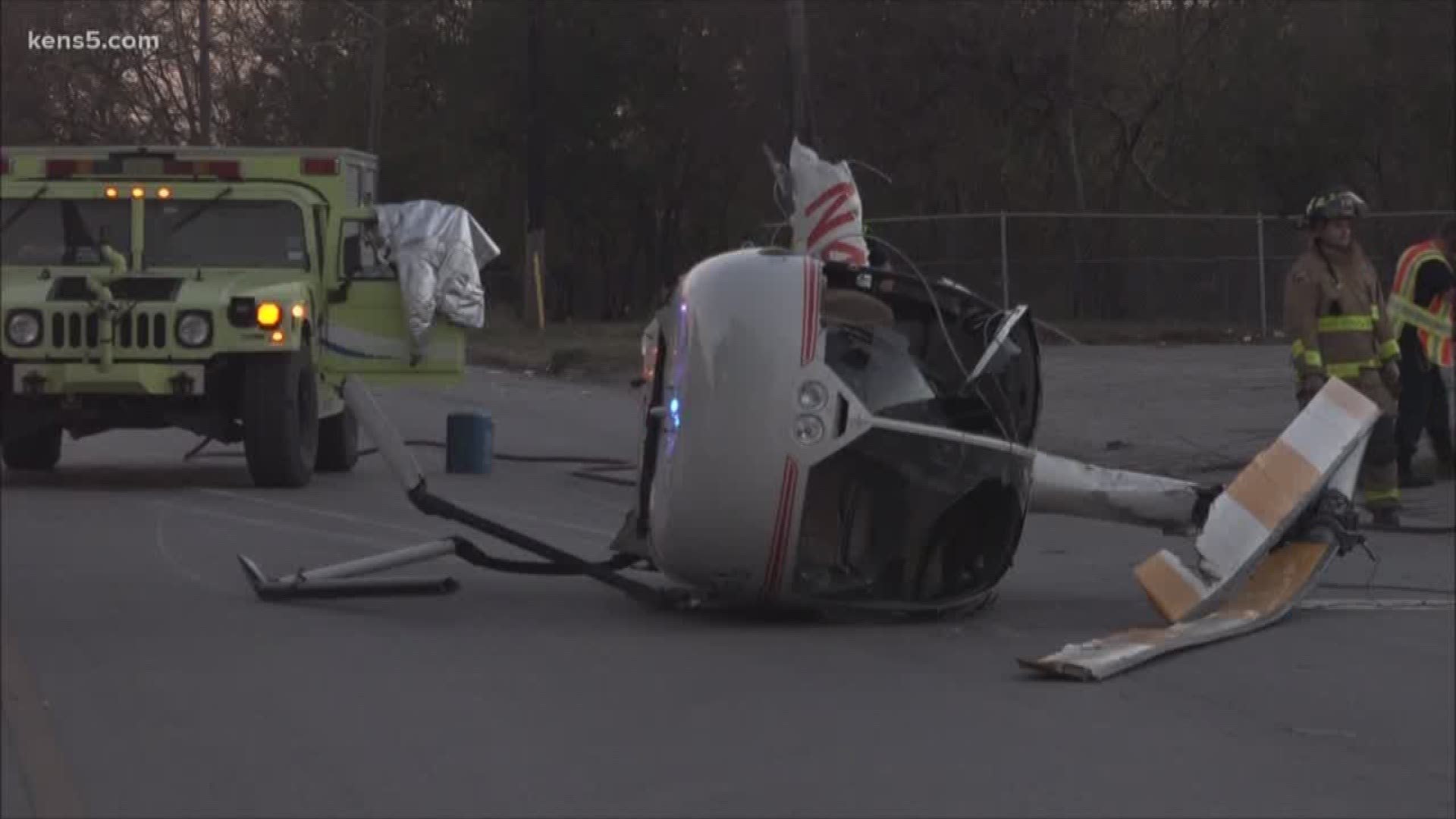 SAN ANTONIO — Traffic at a major intersection on the south side was diverted after a helicopter crashed into the road.

Police blocked off the intersection of East Southcross and South Presa Street after a Robinson R-44 helicopter crash.

A witness told KENS 5 that two people got out of the wreckage and appeared to be in stable condition. Authorities said two people are being treated for minor injuries. Three people - the pilot and two passengers - were on board.

The helicopter hit utility lines on the way down and CPS Energy had a crew checking on the lines, police said.

According to police, the flight was going smoothly until the pilot heard and felt a bang. The helicopter lost power and the pilot brought the aircraft down. While there were cars in the area, it appears that none crashed into the helicopter.

The helicopter belongs to Alamo Helicopter Tours San Antonio, which appears to operate out of Stinson Airport, which is not far from the scene of the crash.