To prepare for the new Midfield Concourse, the South Terminal at Austin's airport will have to close and be removed within the next two years, according to a memo. 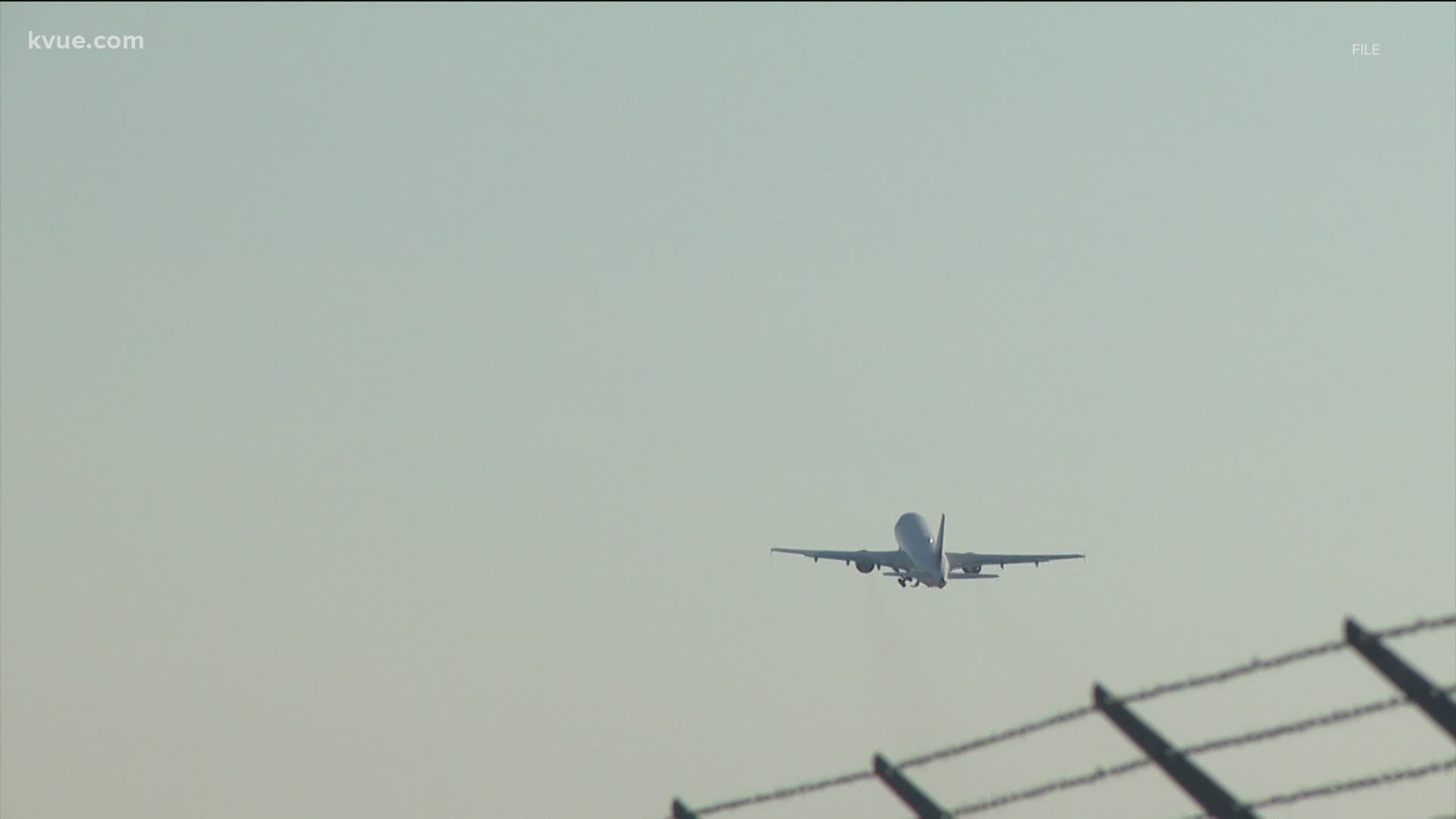 AUSTIN, Texas — As part of the Austin airport expansion program announced Tuesday by airport leaders, the South Terminal is expected to close in the coming years to prepare for a new concourse at the airport, according to a memo Airport CEO Jacqueline Yaft wrote to Austin city leaders.

The company that currently operates the terminal was surprised by the news on Tuesday, finding out about the City's intent to take over and then demolish the building as the media learned the Austin-Bergstrom International Airport expansion plans would move forward.

A source with the company that operates the terminal told KVUE Wednesday it is exploring options to preserve the company's rights under their 40-year lease agreement with the City.

"It is imperative that the South Terminal Facility be removed in a timely manner so that the development of the Midfield Concourse B can be completed in a timeframe to match the forecasted growth of the airlines at AUS," Yaft wrote in the memo.

The airport is planning to build new taxiways and a concourse that will have at least 10 new gates as part of the 2040 Master Plan, approved by the Austin City Council and Federal Aviation Administration.

Getting rid of the South Terminal was determined by independent consultants to be the most cost-effective way to move forward with the expansion plan, Yaft wrote in the memo. The expansion was put on pause over the last year or so as the airport waited to see how passenger traffic would return following the pandemic.

Yaft wrote a letter to the company "notifying them of the City's intent to acquire the South Terminal leasehold interest," according to the memo. Aviation staff also plans to brief council offices on the plan in the next few weeks.

JUST IN: A source familiar with the company that owns/operates @SouthTermAUS tells @KVUE the company was surprised by yesterday’s @AUStinAirport announcement and is exploring all options to preserve the company’s rights under their 40 year lease agreement with the city. https://t.co/YCDBEwPhNN

The two airlines currently operating out of the South Terminal, Allegiant and Frontier, will continue service with no interruptions at the Barbara Jordan Terminal, according to the memo.

Allegiant Airlines announced in April it will make a $75 million investment in Austin and make the airport a base for its operations by November. The investment is expected to create 90 full-time jobs, and three of Allegiant's Airbus A320 aircrafts will be stored at the airport for longer periods of time.

“We love serving the community of Austin, connecting leisure travelers to one of the nation’s hottest destinations. We’ve been flying to Austin since 2013 and have grown steadily over the years," Allegiant Airlines said in a statement. "While we’re still learning the details about the Airport Expansion and Development Program, we’re excited about our future there and are on track to launch base operations in November, as planned. AUS has given Allegiant assurances that we will work together on a transition plan and strategy to accommodate our future growth."

In 2019, a record-setting year at AUS, Allegiant carried 186,268 passengers, according to airport data. That number of flyers for the airline was down 33% compared to the year before.

The first flight to depart from the South Terminal was in April 2017, after the company invested more than $12 million in upgrades to the facility. LoneStar has continued to make investments to improve the facility and meet passenger or airline needs, bringing the total investment to date closer to $18 million.

The airport will work with LoneStar to coordinate opportunities in the Barbara Jordan Terminal for businesses operating out of the South Terminal regarding employees, service providers, concessionaires and vendors, according to the memo.

Ultra-low-cost carriers will "have the potential to increase their capacity and operations at the Barbara Jordan Terminal and future Midfield Concourse B."

In a statement on Wednesday, AUS wrote:

"The Airport Expansion and Development Program’s new midfield concourse will require the relocation of the existing midfield taxiways. Based on the advice of independent consultants, the safest, most operationally efficient and cost-effective alignment of the future midfield taxiways will require the closure and removal of the South Terminal. AUS intends to work with LoneStar, the current lessee at the South Terminal, during the transition to negotiate a mutually agreeable solution for the termination of the existing lease between LoneStar and the city relating to the South Terminal."

Editor's note: A previous version of this story said LoneStar was the owner of the terminal. It has been edited to reflect the City owns the terminal, while LoneStar operates the South Terminal but is not the owner.