Fire crews work to put out flames in south-side home

Authorities said no one was in the house at the time of the fire. 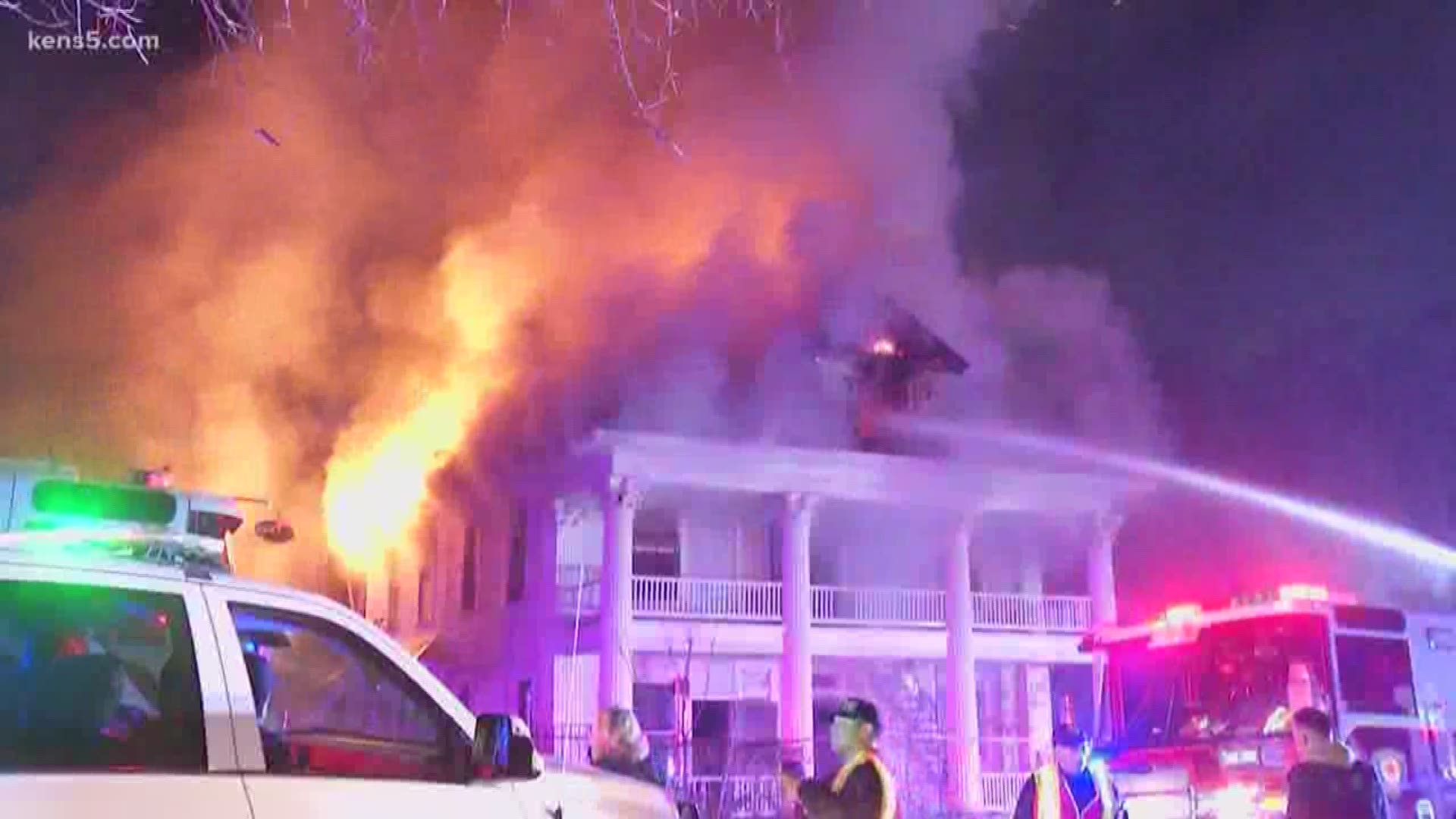 SAN ANTONIO — The San Antonio Fire Department responded to a call for a house fire early Wednesday morning on the city's south side.

The fire broke out around 3:30 a.m. in the 100 block of Stratford Court near South Presa Street.

Fire crews said the fire spread from the shed to the house, and the flames eventually found their way between the walls and up into the attic.

Firefighters spent hours knocking the fire out Christmas morning. Carlos Vargas lives two houses down from where the fire happened and said he was first awoken by the lights and sirens, and again when crews returned to demolish the house.

Vargas said he and his wife moved in to their home on Stratford Court in February of 1958 and has overseen the home through its numerous tenants. He said it was vacant for the last two years, and noticed that the property was being turned around last month when weeds were cleared and a no trespassing sign was put up.

The owner of the property pulled up to the ruins Wednesday morning. He said he’d purchased the multi-unit apartment home recently and that no one was supposed to be inside the house when the fire broke out.

He said he suspected someone had been living in the home without his permission and had even called San Antonio Police earlier in the week to help him secure the home. The owner said he didn’t find out about the fire until Wednesday morning when his relative who lives nearby called him.

Many who live in the area remarked how beautiful the home was. Vargas said he looked forward to someone make the property even more attractive.

Authorities are looking into what caused the massive blaze. But, much like the owner of the property, Vargas suspected the fire was caused by people looking for a place o stay.

“Probably started a fire to keep warm, which is usually what happens this time of year,” Vargas said.