The new additions are adding charm to the energy farm. The herd of sheep say getting paid in grass isn't "baa-d." 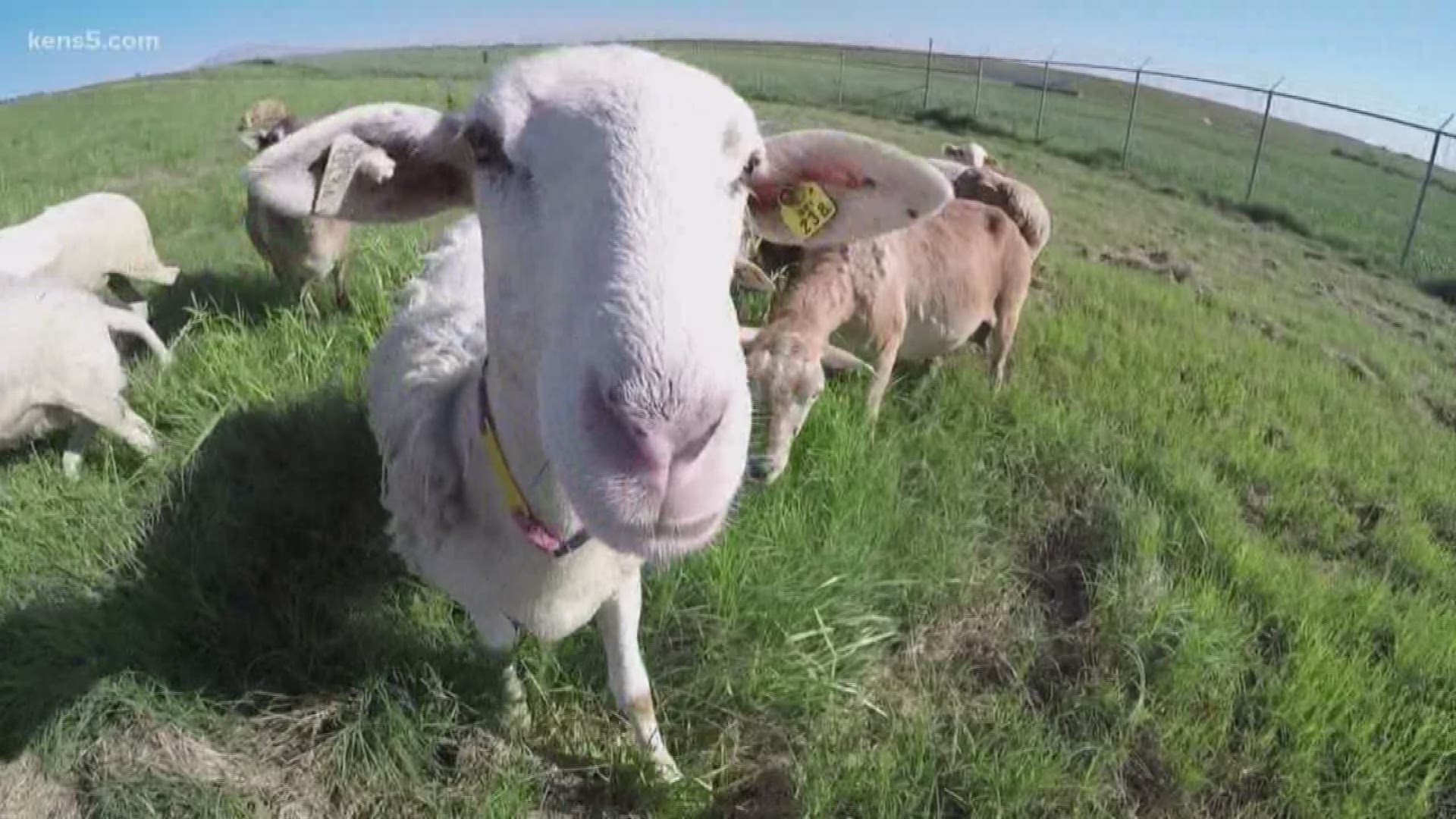 CONVERSE, Texas — A solar field in Converse has welcomed 200 temporary employees to the property. The new additions are adding charm to the energy farm. The herd of sheep say getting paid in grass isn't "baa-d."

Ely Valdez lets out a low whistle and shakes a feed bucket. Seconds later, sheep crowd around the EVA Ranch owner for a nibble. An OCI Solar Power farm in Converse hired the herd to cut the grass.

"We have Katahdin sheep, they're hair sheep,” said Valdez. “They pretty much walk and eat, that's all they do."

With the feed long gone, the sheep go back to tugging at tufts of grass.

"They're affordable and they get the job done," said Leslie Garza with OCI Solar Power.

The sheep are the perfect size to fit under and around the metal frames holding solar panels. As the animals wander the field, two emus stand watch.

"The emus kind of act like guard dogs and protect the sheep," said Don Hassall, an Operations & Maintenance Technical for OCI Solar Power.

Valdez says the birds grew up with sheep.

"It was kind of a fluke, we got these emus when they were chicks and we put them inside with the sheep and they kind of bond with the sheep,” said Valdez. “They follow around the sheep wherever they go."

There are plenty of places to go on the Solar Farm.

"Alamo 2 is 45 acres of solar panels and it can feed about 1,000 homes in the CPS Energy territory," said Garza.

"They have shade, they have food, they have water, so it's a perfect setup for them," said Valdez.

The herd will graze for two weeks, then take a 30 day break. The rotation gives the grass time to grow back.

As Hassall checks the 18,000 modules in the solar filed, he said his new coworkers have given him a fresh perspective.

“It's just a reminder that we share this planet," Hassall.