Paige Jackson was accused of spiking the victim's drink because she was reportedly upset the girl was dating her ex-boyfriend. 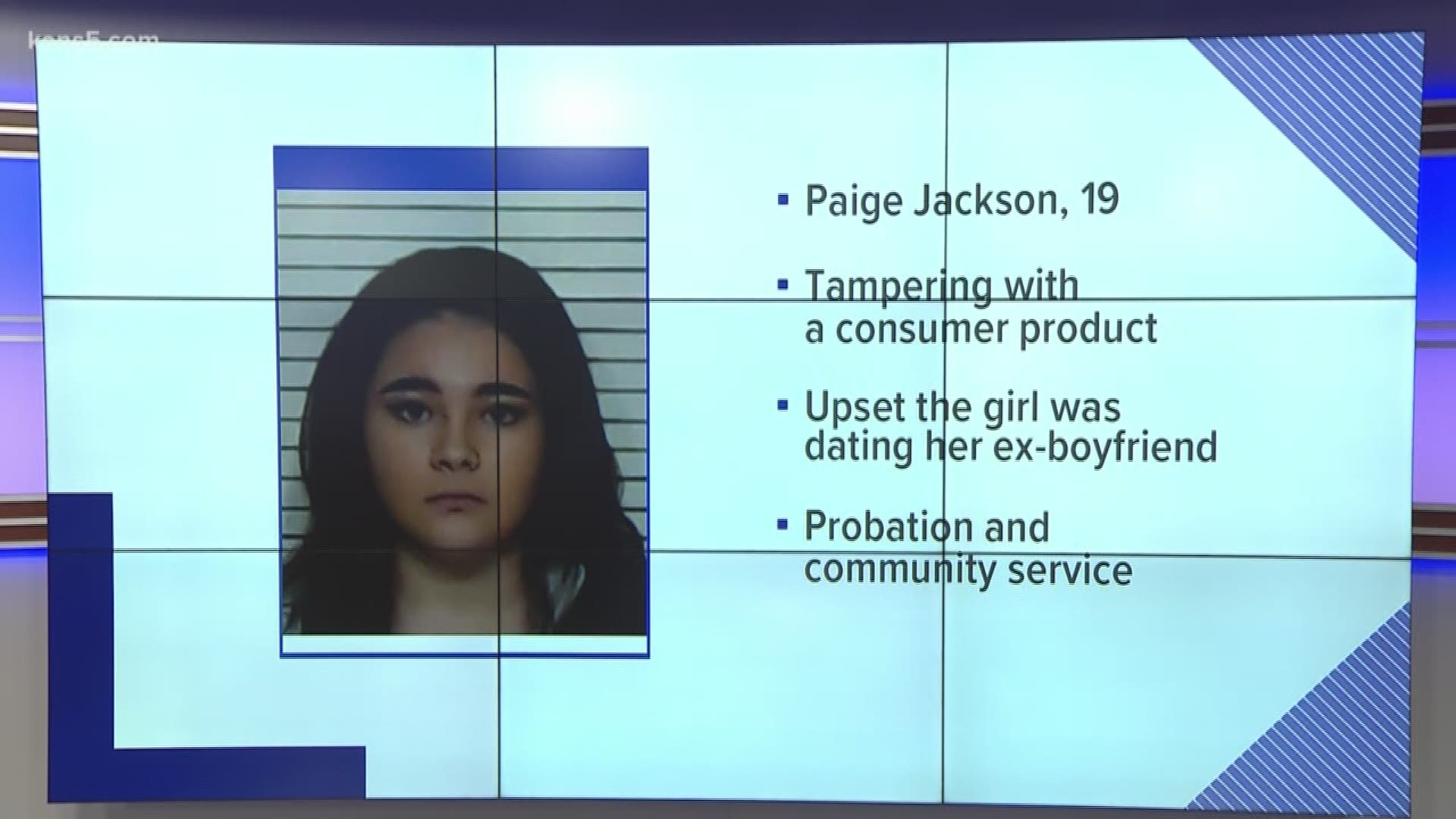 Paige Jackson, 19, pleaded guilty earlier this month to a Tampering With a Consumer Product charge after she spiked the victim's soda in November 2017.

Jackson, a 17-year-old student at the time, put antifreeze in the victim's drink before school one day because she was reportedly upset the girl was dating her ex-boyfriend, police said.

Two years later, she was sentenced to 10 years probation as well as 400 hours of community service, according to Comal County records. The court ruled that Jackson's probation could not be terminated early.

Jackson was also ordered to "write an apology letter...within 90 days of sentencing," by the court.