The Houston girl, whose body was found in a closet, will be buried in a custom casket, designed and donated by someone inspired by her light and love. 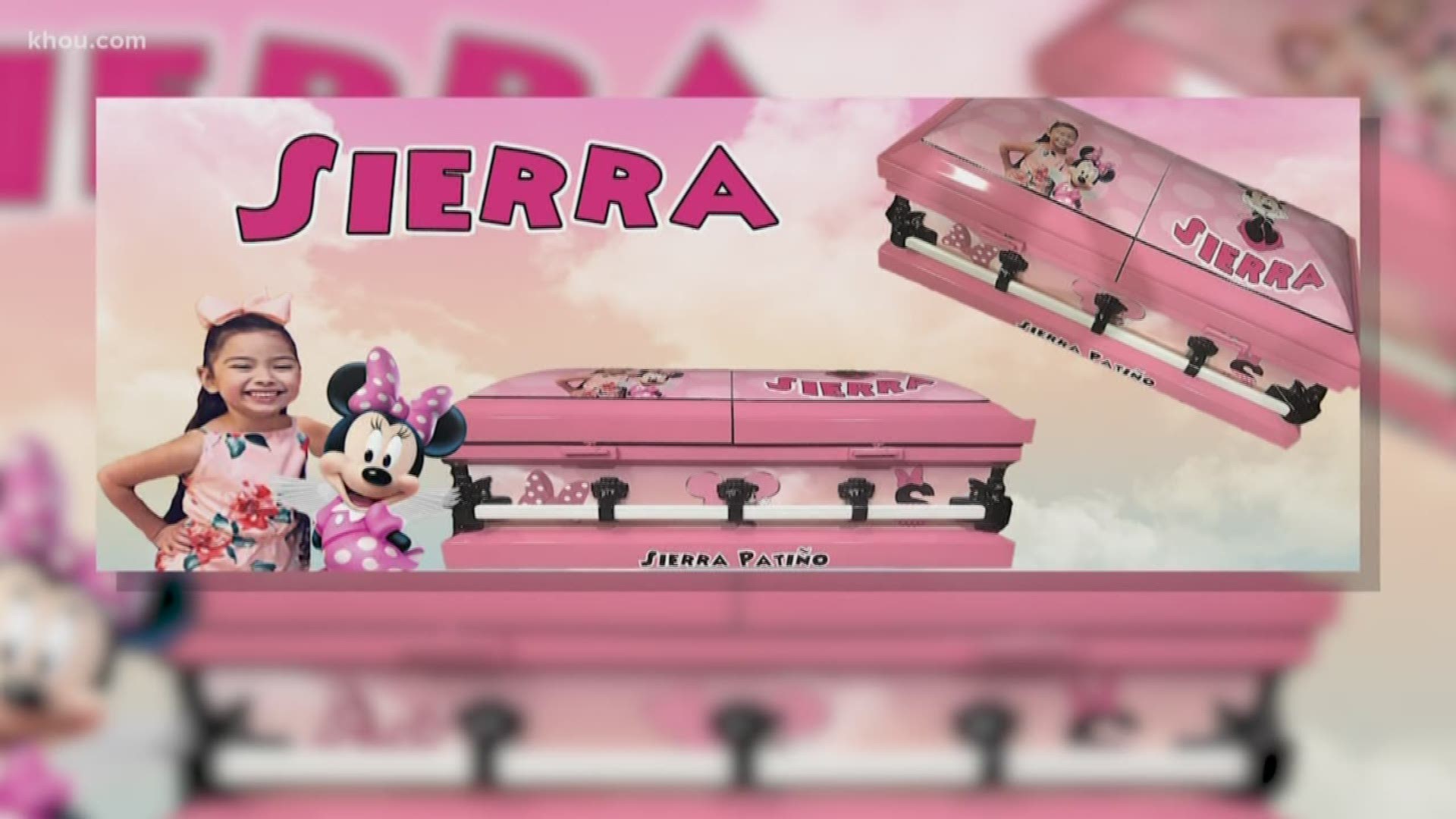 EDNA, Texas — An Edna man has created a custom casket for 5-year-old Sierra Patino, the girl whose body was found in a closet inside a Houston apartment.

Trey Ganem, of SoulShine Industries, posted pictures of the casket on his Facebook page Monday morning.

“Sierra Patino's story captured the hearts of everyone here at SoulShine,” wrote Ganem. “We had the privilege of creating her casket in a Minnie Mouse theme, which she loved. You can see her light shined through the design and may it shine on for eternity. Sending all of our love and prayers to her loved ones.”

We spoke to Ganem in person and he said this project was very special to him.

“It hit home for everybody in here,” he said. “As soon as we heard the story, my heart just dropped.”

After several hours of computer design and painting by hand, with Sierra’s picture nearby the whole time, the casket was finished. Ganem signed it, prayed over it, then had it delivered to Sierra’s family on Saturday.

“They loved it,” he said. “The reaction you get, it’s like, ‘It’s so beautiful,’ and they’re crying, and they’re loving on you. Like, this business is like no other.”

Ganem says that’s because it’s one where Sierra’s family and others become his family.

“That’s my daughter,” he said. “That’s the way we build this casket.”

Ganem has drawn national attention with his custom caskets for Maleah Davis, Sutherland Springs shooting victims, fallen law enforcement officers, and many others.