One dead, one injured in east-side shooting, police say

The incident took place at the corner of East Houston and East Commerce Street. 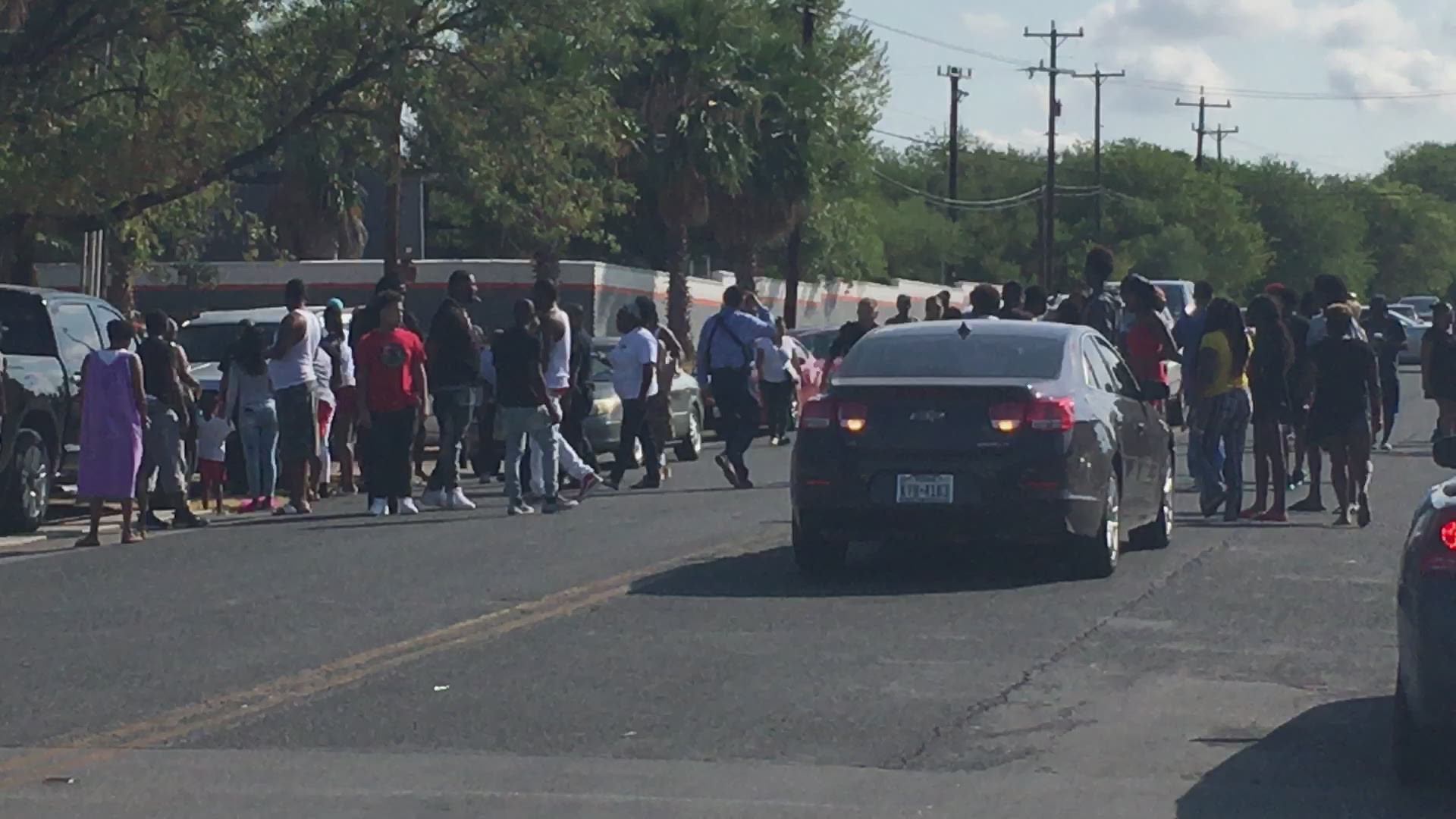 SAN ANTONIO — Update: The victim has been identified as Anthony Clark, 36.

One man was shot dead in a barrage of bullets, a second man is hospitalized with a bullet wound to the back, and in the aftermath of the attack, San Antonio Police said they were left to deal with a large crowd of emotional friends and relatives whose grief spilled out into the street.

It happened at the Club Groove in the 3700 block of East Commerce Street. San Antonio Police said they received a call for a shooting around 8:45 a.m.

A police spokesman said officers arrived at the nightclub to find a large crowd of people who had been socializing in the parking lot, long after the club's closing time.

Police found one man dead on the front porch of the club.

They describe him as the victim of the shooting, and they said a short time later, a second man showed up at Brooke Army Medical Center with a gunshot wound to the back. While he was being treated for possible life-threatening injuries, police worked to learn more about his role in the incident.

While the investigation got underway, relatives, friends and neighbors from a nearby apartment complex filled the area.

One woman who paced anxiously, while young children cried nearby, said she was waiting for police to tell her if her son was the man who had been killed.

Another woman screamed for justice, believing the dead man was her husband.

Because the day was hot and the wait for answers was long, a screaming and shoving confrontation spilled into the street.

Police officers responded, urging the crowd to remain calm and let the detectives process the scene without trouble.

The investigation continues, as police look for the gunman.

The identities of the dead man and the wounded man have not been released.