The shelter-in-place was for the area around Marathon's Texas City refinery. 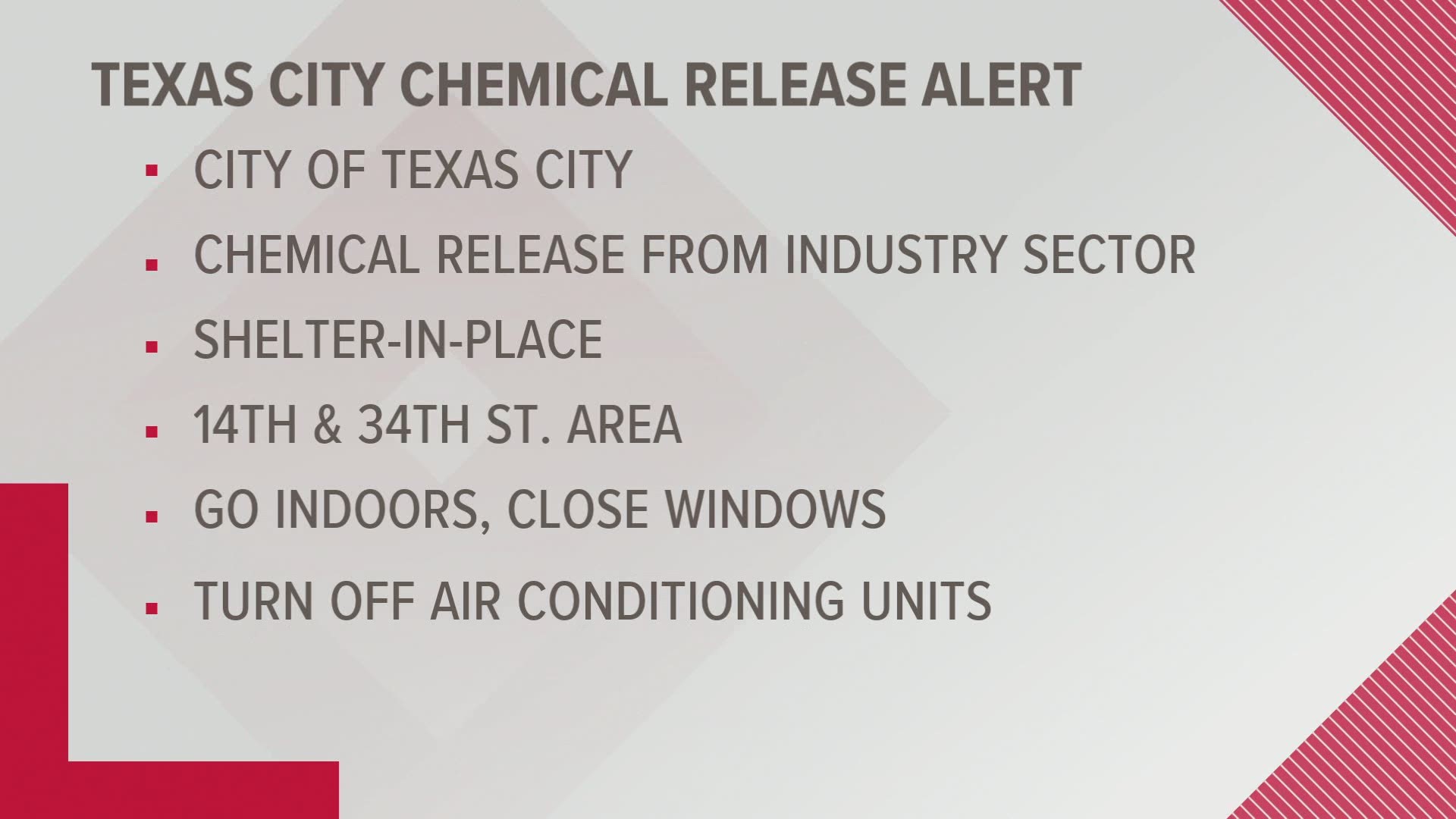 GALVESTON COUNTY, Texas — A shelter-in-place order was issued for about an hour Tuesday for a portion of Texas City.

The City said a "chemical release from the industry sector" caused the order to be issued. It was lifted at about 5 p.m.

It was for residents specifically in the 14th to 34th street areas as east and west boundaries and 5th Avenue Texas Avenue north and south.

Residents were told to go inside, turn off air conditioning units and close all windows.

City officials said the order was issued as a precaution after hydrogen fluoride was detected at the Marathon Refinery.

Marathon said two employees were taken to a medical facility as a precaution.

The City said it had no reports of anyone who has gotten sick.

The cause of the release is unknown at this time.

"The Galveston Bay refinery’s automated response systems today activated mitigation measures in response to a small chemical release. The release has been stopped and air monitoring data indicate no off-site impact. Two employees who were in the vicinity have been transported to a local medical facility as a precaution. Relevant regulatory notifications have been made. A full investigation will be conducted to determine the cause."