A program at Lackland Air Force Base is turning shelter dogs into military working dogs. Dogs from ACS and Universal K9 were rescued. 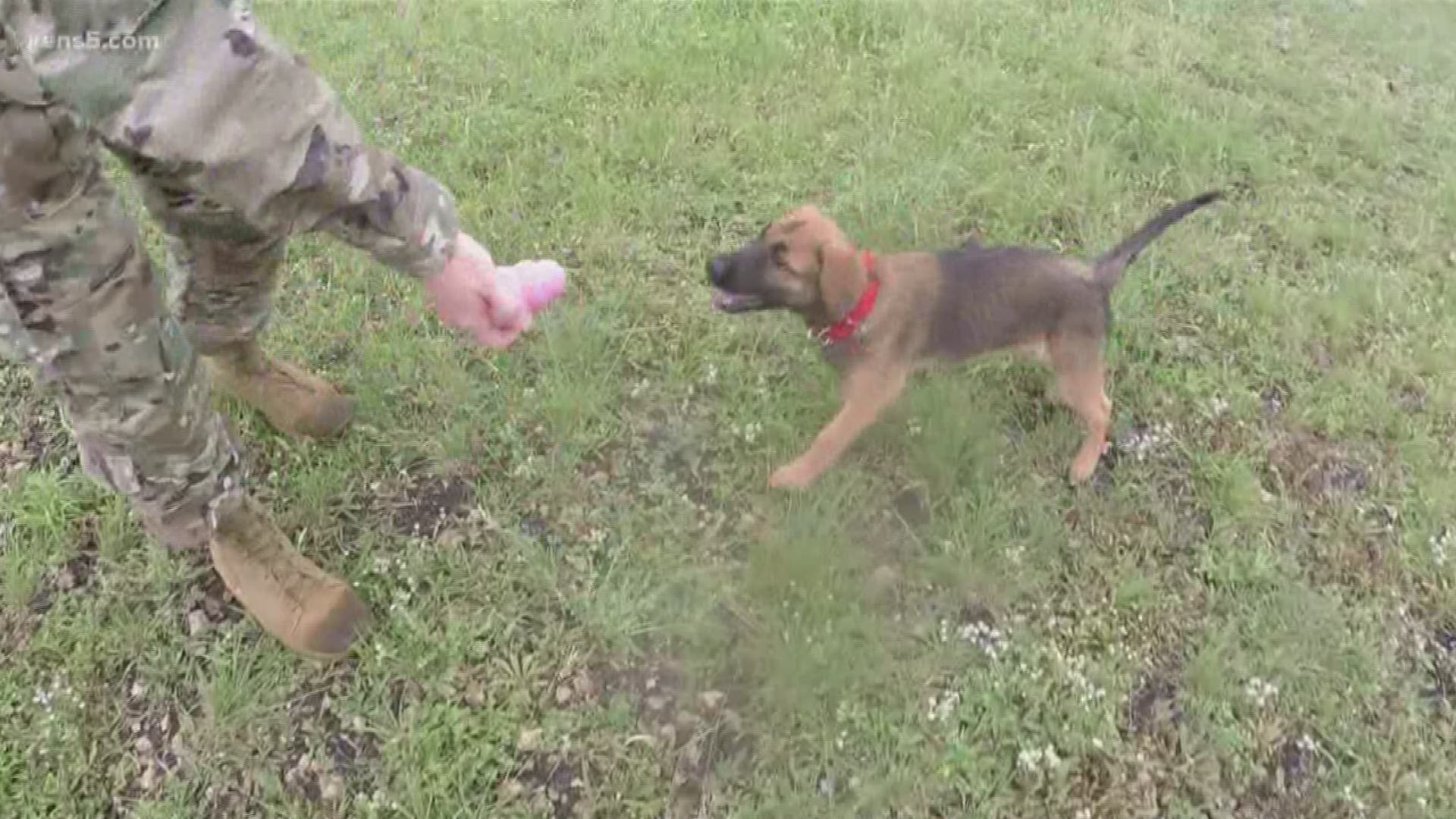 SAN ANTONIO — The military working dog program at Lackland Air Force Base is changing the lives of shelter dogs. Recently, the program rescued six puppies from Animal Care Services. KENS 5 spoke with the commander of the program, Major Matthew Kowalski, who brought one of the dogs to the training.

"She'll enter a pre-training when she's 7 months old. If she's good enough, she'll make it into her regular course," he said.

The rigorous training course takes about 6 months to complete. Lackland Air Force Base has training grounds that mimic a terminal, aircraft and baggage area. The canines that serve in the Department of Defense and the Department of Homeland Security all begin their training in San Antonio.

"For the Department of Defense, we train the dogs for two disciplines: narcotics detection and explosive detection. As well as the third discipline, which is patrol work, law enforcement. What you see on TV all the time," said Maj. Kowalski.

Three dogs that were seized in the FBI raid of Universal K9, an organization that once trained shelter dogs for law enforcement and veterans, came to the program. Two of the dogs, Lexi and Rambo, will be serving with the DOD. The third dog, Cora, will be working for TSA. One of the canine handlers who will be working with her said while her temperament is sweet, she is a disciplined and focused canine. She will be headed to Washington, D.C. and will be fully trained to do her job efficiently.

"Working with her in different scenarios, areas that we have to clear. Terminals, cargo and passenger screening," described Cpl. Charles Kincaid.

"Dogs are a great asset," said Maj. Kowalski, "No piece of technology can do what a dog can do. Until we find one, the DOD squad will be here training dogs every day."

The Military Working Dog program has a puppy foster volunteer program. There are requirements including care and socialization of puppies aged 2-7 months. Volunteers will need to have a secure fence at least 6 feet in height and no children in the house under the age of 5. You will also, need to attend training and socialization sessions every month. For more information, contact mwd.foster@us.af.mil or call (210) 671-3686.