A staff member told police she believes one of the suspects posed as a representative of a salt supplier about a month ago and asked to perform tests on the water quality. 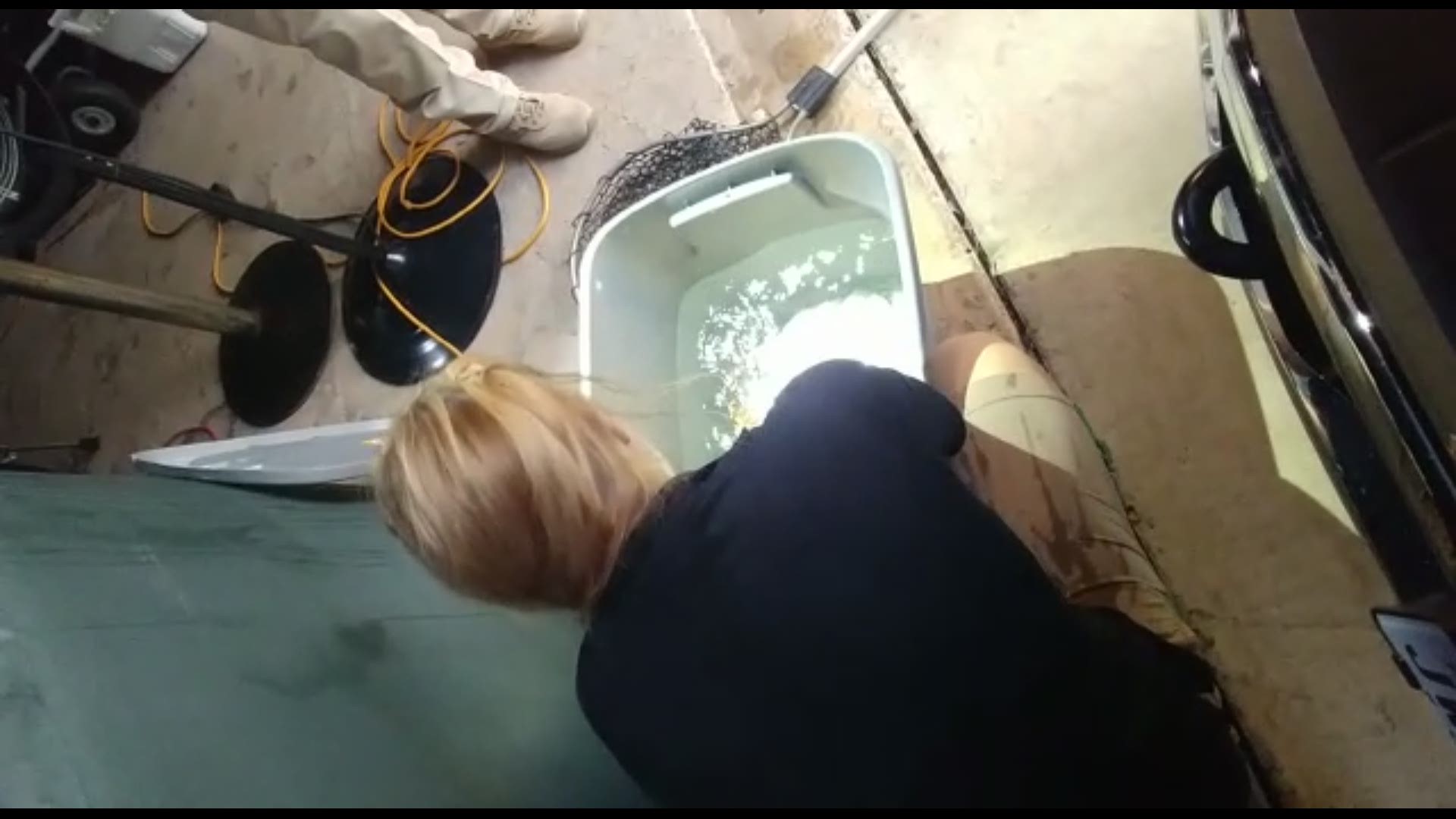 SAN ANTONIO — San Antonio Aquarium staff say one of the suspects accused of stealing a shark over the weekend posed as a salt supplier a month earlier to gain access behind the scenes.

Surveillance video showed the group staking out the exhibit for at least an hour before the theft happened.

Aquarium staff say the group brought in a net to capture the shark. They reportedly looked around for somewhere to place the shark and found a bucket partially filled with a bleach substance. To empty the bucket, they dumped the bleach substance into the cold water exhibit filtration system, which was potentially harmful to the animals. Staff members say another substance was quickly added to the water to counteract the effects of the bleach on the animals.

The suspects used the bucket to get the shark from the exhibit to a stroller. They then left the aquarium to load the shark into a maroon Chevrolet Silverado truck.

The aquarium’s general manager followed the suspects to the parking lot but was unable to search the truck or the stroller. The suspects took off.

The Leon Valley Police Department along with the San Antonio Police Department located the shark. The assistant husbandry director, Jamie Shank, went with police to the suspects’ house to identify the shark, Miss Helen. She and the officers rescued the shark and brought her back safely to the aquarium. Staff say she was unharmed in the drama. Cell phone video captured the moments Shank rescued Miss Helen from the home.

Shank also told police she believes one of the suspects posed as a representative of a salt supplier about a month ago and asked to perform tests on the water quality. Staff members told him they did not believe there were any issues with the water quality, but the man was allowed to perform the tests anyway. Staff members believe he was there to get behind the scenes to see what animals he could steal.

Bexar County Sheriff’s deputies say Anthony Shannon was arrested and charged with felony theft. It is unclear if he is the suspect believed to have posed as a salt supplier.