The incident happened in the 300 block of Los Indios Ranch in Bergheim. 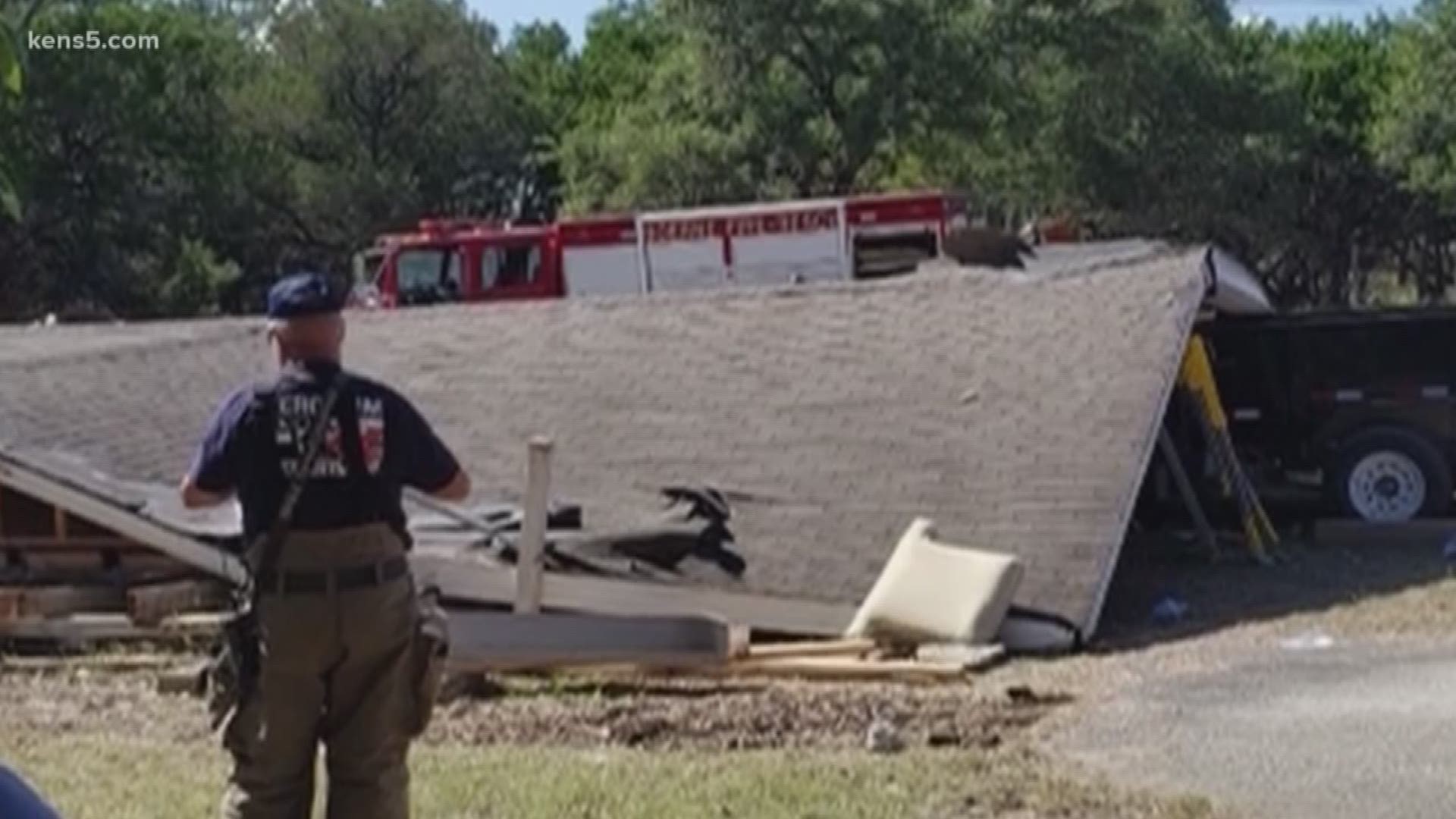 SAN ANTONIO — The woman killed after a roof collapsed in a rural area of Los Indios Ranch in Bergheim has been identified.

According to officials with Kendall County Emergency Management, Nagel was one of several people in the home when it collapsed. Four others were taken to the hospital with serious injuries. Two others were not seriously injured.

The family who lived in the home was working on the roof from inside when a beam shifted, causing the roof to collapse and the house to fall on itself, a neighbor said. The neighbor said the family was renovating the double-wide trailer themselves.

"We got a call that a roof had collapsed and the original caller said there are people calling for help under there," said Jeff Fincke from Kendall County Emergency Management.

About 2 to 3 dozen emergency units from Boerne, Kerrville, Kendall County EMS and Fire, and even the San Antonio Fire Department were brought in. "Because we needed some heavy rescue to city of San Antonio sent their heavy rescue from station 51," Fincke said.

Hundreds gather at dying veteran's bedside thanking him for service