The fire broke out around 12:30 a.m. on Thursday at the Oak Creek Apartments on Vance Jackson Road, south of Wurzbach Road. 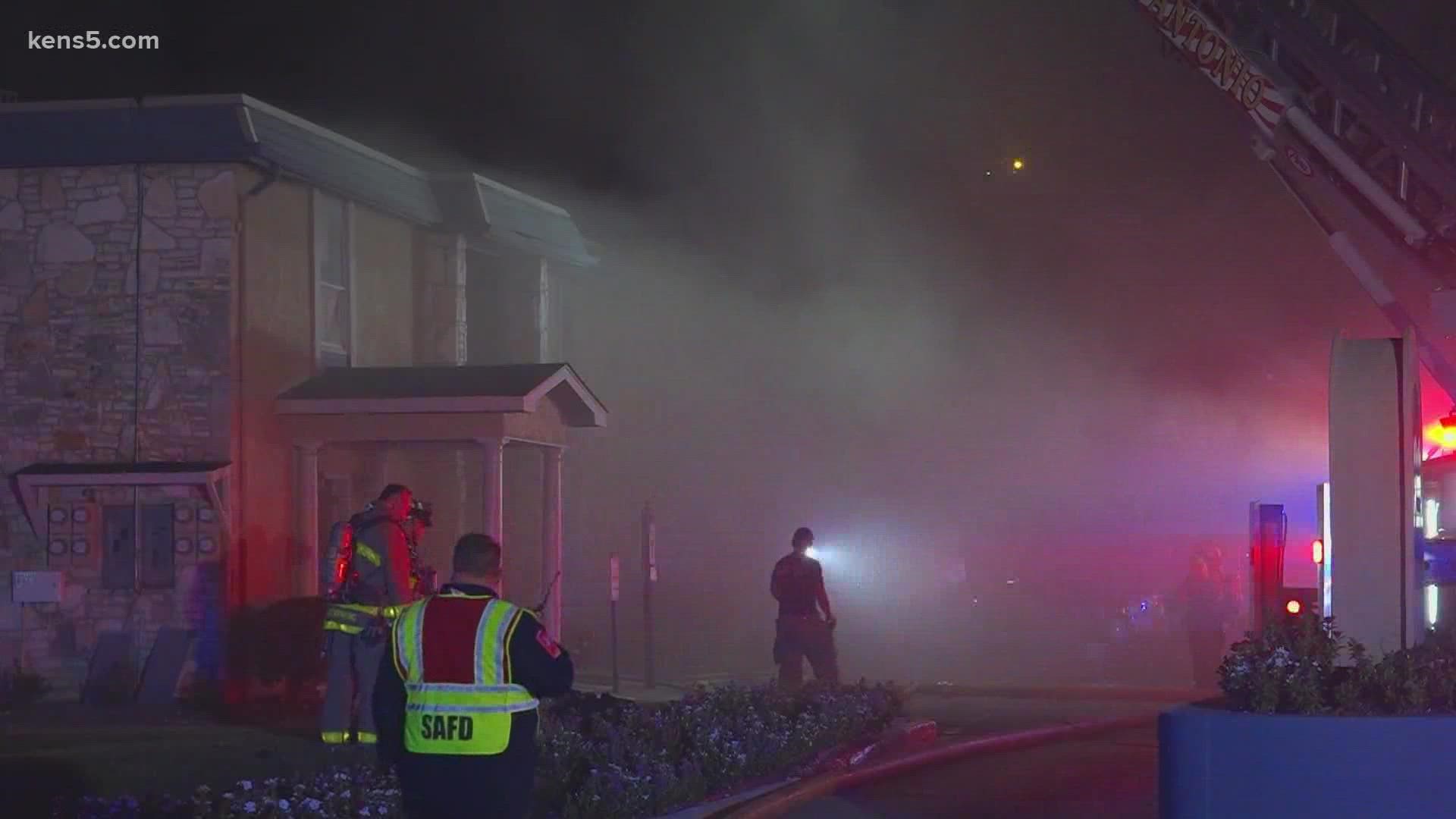 SAN ANTONIO — Several families at an apartment complex on the northwest side had to escape their homes after a fire broke out just after midnight Thursday.

Firefighters from the San Antonio Fire Department responded to the scene at the Oak Creek Apartments on Vance Jackson Road, north of Wurzbach Road. When they got there, crews found flames near the back of the building.

Initially, firefighters heard there may have been an elderly couple trapped, so they pushed in very quickly – but fortunately that couple had made it out.

Four apartments have heavy fire damage, and another five have some smoke damage, officials said.

Firefighters rescued four pets, but a fifth pet (a cat) did die in the fire.

Investigators are still working to determine what caused the fire.