"The sight of looking across a giant room and seeing 2,200 teenage boys all in cot after cot after cot is horrifying," Sen. Ted Cruz said. 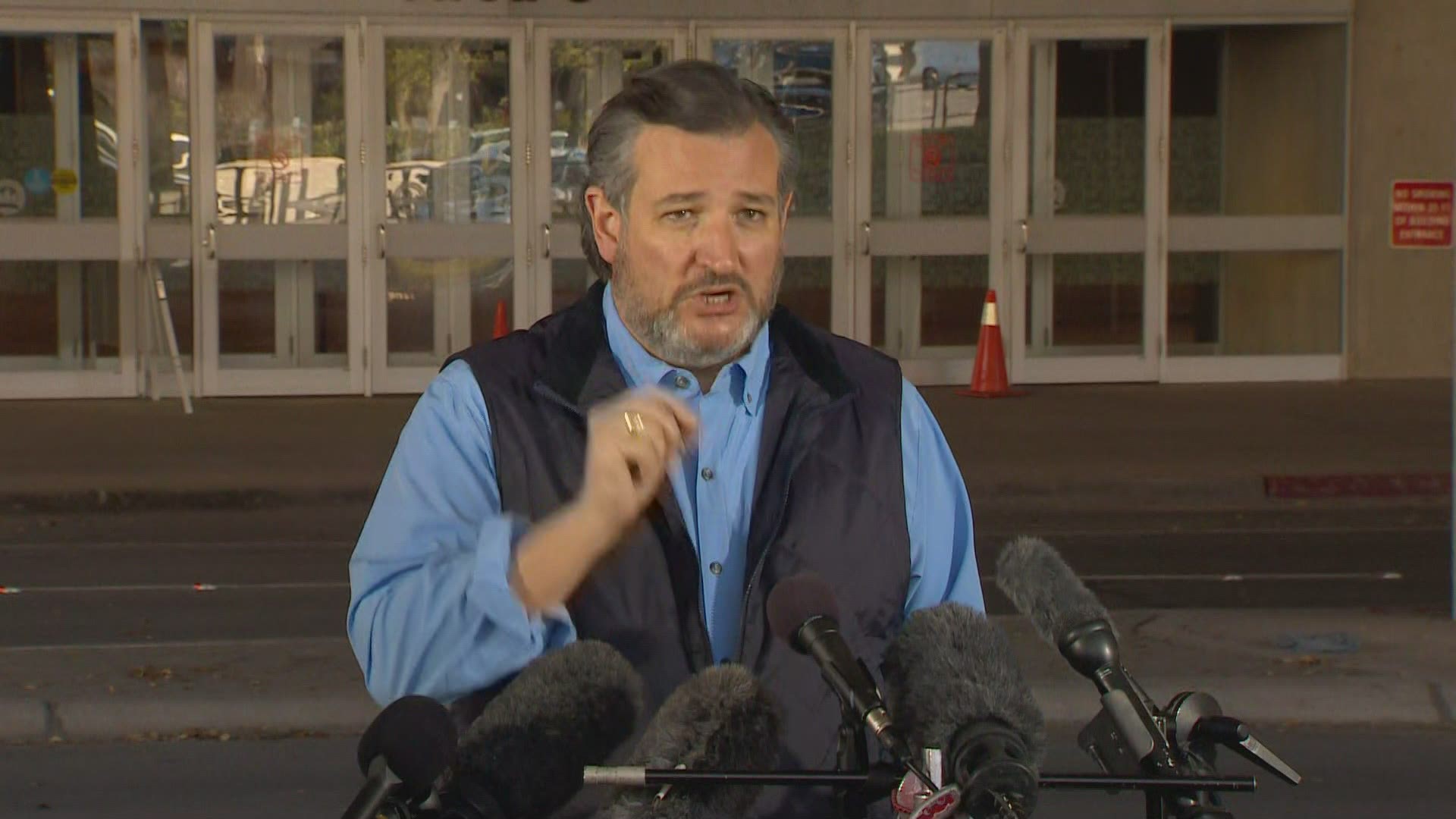 DALLAS — Editor’s note: Story has been updated to clarify previous administrations have not allowed cameras in facilities holding unaccompanied minors.

Sen. Ted Cruz took a tour Monday at the location where more than 2,000 teenage boys are being housed in Downtown Dallas.

The teens were moved to the Kay Bailey Hutchison Convention Center as sharply higher numbers of border crossings have severely strained the current capacity to hold youths.

Biden had a message for migrants earlier this month: "Don't come over. Don't leave your town or city or community," he added, addressing the migrants and unaccompanied minors that have been coming to the country's southern border.

Sen. Ted Cruz said the immigration shelter inside the convention center took his breath away. He called it tragic, horrific, and entirely preventable.

On Sunday, White House press secretary Jen Psaki  said the Biden administration was committed to transparency and “we’re working to get that done as soon as we can.”

There has been an increase at the border since Biden took office, but according to U.S. Customs and Border Protection data, that increase started under President Donald Trump’s administration. His policies were in place in 2019 when we saw even larger surges in March, April, May, and June.

Cruz spent the past several days across the state observing activity at the border and touring another immigration shelter in South Texas.

The Biden administration rolled back the most strict immigration orders from the Trump administration and the influx at the border started after Biden took office in January.

Cruz thinks some of Trump’s policies need to be put back in place.

Immigration activists call this a humanitarian crisis involving people escaping poverty and violence. They say all of them are just hoping for a better life.

The president of the League of United Latin American Citizens asked where Sen. Cruz was during the time when the children at the border were in the same cages and surges were occurring.

"It’s obvious that Ted Cruz wants to be president someday and he thinks by doing all this he thinks it’s presidential for his campaign but it doesn’t solve anything, it’s just empty rhetoric and photo ops and it doesn’t help these kids that need the help," said President Domingo Garcia.

Cruz did acknowledge the setup in Dallas is better than other facilities in South Texas, but he expressed concern about the possible spread of coronavirus. When asked if he knows of plans to vaccinate the teens, he said if there is a plan he doesn’t know about it.

An influx in children arriving at the border alone has strained the abilities of the Department of Homeland Security and Department of Health and Human Services to quickly process and move the children through the system, the report said. At the same time, federal shelters used to lodge those children are overwhelmed, leading to the need for a space like the convention center.

A similar overflow facility was opened in Midland to house up to 700 immigrants.

HHS said all efforts will be made to safely release children to sponsors or transfer them to other Office of Refugee Resettlement care providers as quickly as possible. The Biden Administration says it is looking for both short and long-term solutions.