Fire rescue crews rushed to the scene where a huge truck rolled on its side off O'Connor Road and I-35 where three people were injured. 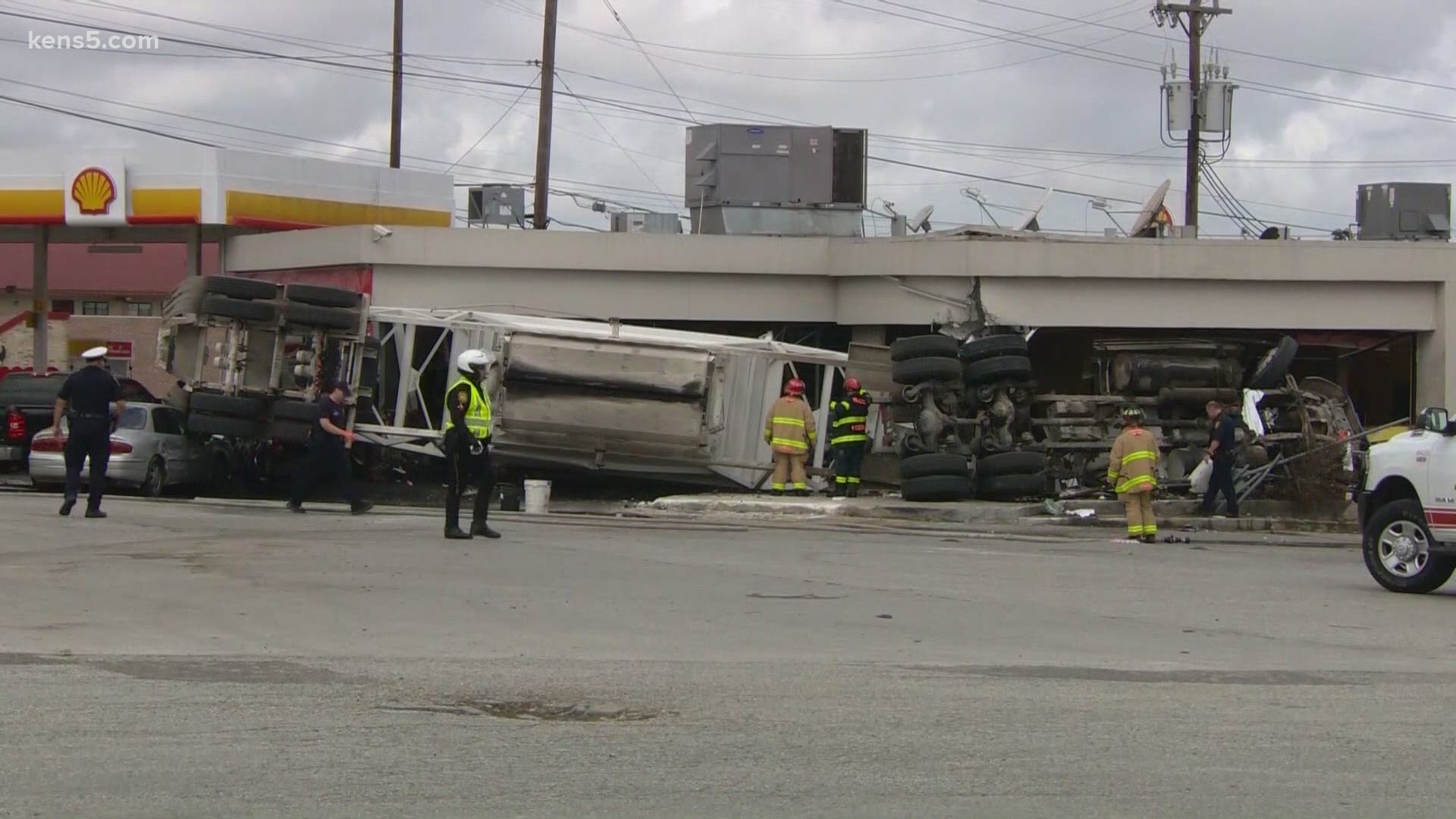 SAN ANTONIO — The driver of a semi-truck that rolled over at a gas station on the northeast side Monday morning suffered serious injuries. According to the San Antonio Police Department, three people in total were transported to a local hospital.

The truck somehow flipped over around 10:30 a.m. at the Shell station, located on O'Connor Road and I-35.

The San Antonio Police Department gave an update at 12 p.m. – saying the driver was hauling pavement materials on I-35 and lost control of the rig. The truck ended up rolling over and crashed into the Shell station.

The driver, who is believed to be in his 20s, told police that the brakes failed. SAPD said they are investigating.

Three people were transported, including the driver who suffered serious injuries. The other two people, only described as men, were transported with minor injuries as a precaution. One was in his work vehicle at the time of the crash.

We'll have a live report tonight at 6pm on @KENS5 #kens5eyewitness pic.twitter.com/sfZ4dq2UNj

Mario Keller, the owner of Keller Industries, said his company was doing work at the Circle K at the Shell station at the time of the incident. He gave an update from the scene, saying one of his work trucks was pushed into the store by the impact of the crash, causing tools to be spilled all over the place.

Keller said his two employees were taken to Northeast Baptist Hospital to be checked out.

“Nothing is more important than the safety and well-being of our employees and customers. We are grateful to the San Antonio Fire Department and other first responders who were quickly on the scene at our Circle K truck stop location at I-35 and O’Connor in Northeast San Antonio following this morning’s accident. Our thoughts are with those who were injured, and we wish them a speedy and full recovery.

“The store will remain closed indefinitely as we assess the damage to the building, fixtures and equipment. In the meantime, we will support the investigation into the accident and would ask that further questions be directed to the appropriate authorities.”