Different forms of love exist in the relationships all around us. We met with two San Antonio couples who share their stories of old love and new. 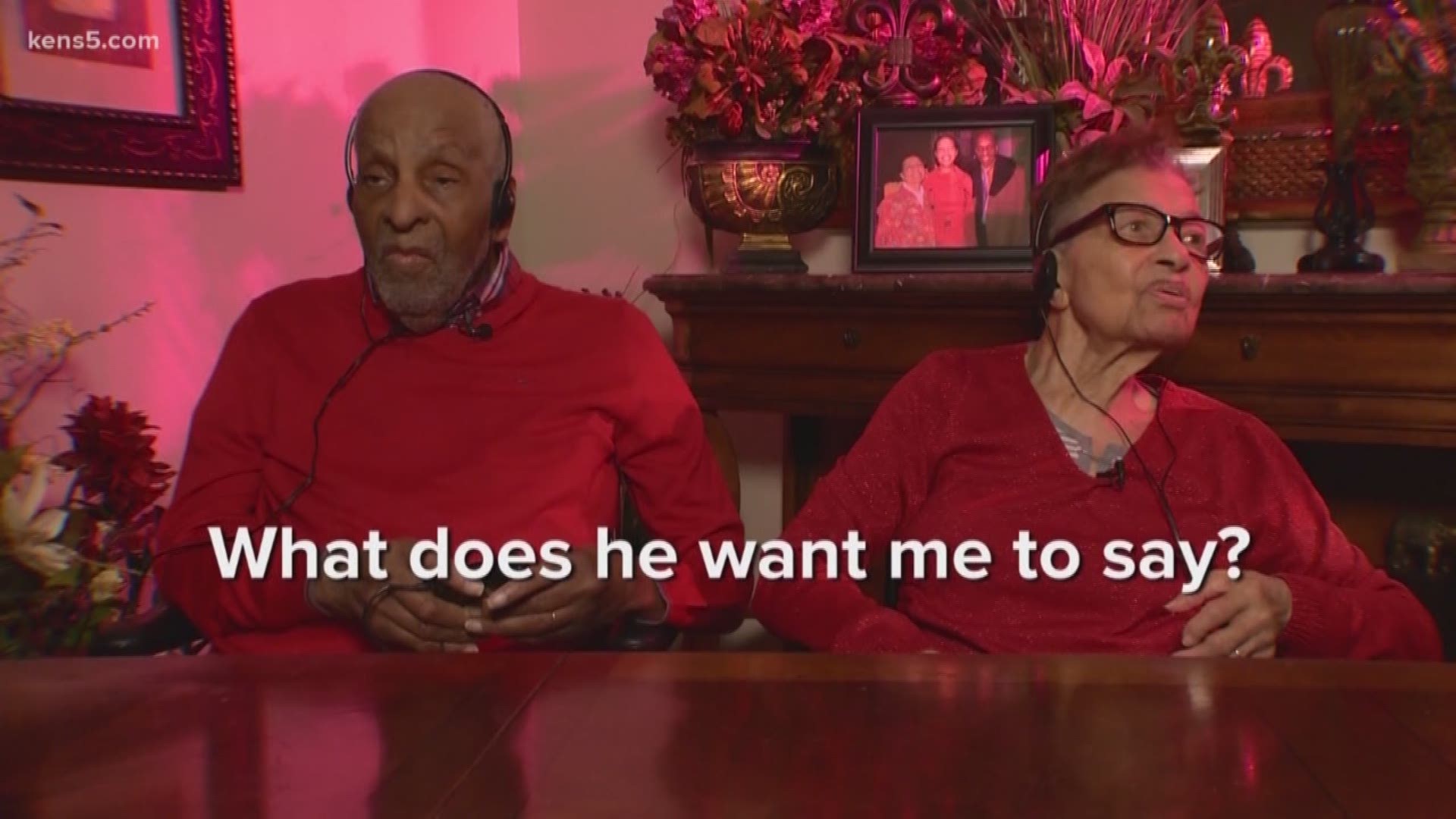 SAN ANTONIO — With Valentine’s Day a matter of hours away, the season of love is in full swing.

Different forms of love exist in relationships all around us.

We met with two San Antonio couples who share their stories of old love and new.

Like the meal, Dr. Granville and Maud Coggs have shared just about everything for the last 72 years.

The two met in college and got married in 1946.

“The main excitement was having the children,” said Maud.

Dr. Coggs looks through a family photo album and remembers every picture.

“Here are the girls of the family. This is Anita, who is the mother, Aisha and Angela.”

Now in their 90’s, the couple uses wheelchairs to get around the Heights on Huebner and headsets to boost their hearing.

“What does he want me to say,” replied Maud.

The simple sentence was enough.

“That was beautiful,” said Dr. Coggs.

Their love has stood the test of time.  The Coggs have accomplished a lot over the years. Along with raising a family, Dr. Coggs is an original Tuskegee airman.

He earned a degree from Harvard medical school and worked for decades detecting breast cancer as a diagnostic radiologist.

Maud was by his side through it all. She also coached him to greatness as a senior track athlete in the late 1990’s.

“Some of the things I still like is number one, inability to make him angry,” Maud shared. “He came from a strong, cultural family… we both believe in fitness.”

Dr. Coggs believes that dedication to exercise and good genes are what led to a lack of wrinkles and mental sharpness for the couple.

Remembering is part of their secret to a long-lasting marriage.

“We all hang onto those memories, what made us fall in love in the beginning,” said Maud. “We keep renewing that over and over because that’s what moves us inside.”

The Coggs’ 72 years of holy matrimony is even rarer.

Down the street at another senior living facility, Brookdale Patriot Heights, Victor Rodriguez and Rebecca Isenberg sit down to tell us about their Valentine’s Day dates.

Unlike the Coggs, this duo isn’t married.

They both have walked the aisle.

Rebecca was married to Thomas for 58 years.

Victor was married to his soulmate, his second wife Flo, for 29 years.

“We were going through a period of depression, for lack of a better word to use. And I've found that friendship is good therapy,” said Rodriguez.

Neighbors at the same senior residence, their meeting seemed to be luck.

“There was an empty chair at my table and we found that we had a lot in common,” said Isenberg.

Their dynamic is unique but it works in this part of their lives.

“She was very fortunate to find somebody that she spent her entire married live with I shared the same relationship with my wife and we both feel free to talk about them and I think it's good for us to talk about them,” said Rodriguez.

Since meeting, the two have spent a lot of time together. They go see a movie or theater show and they support one another when the days grow lonely.

“I can laugh with him and talk with him and give him the look, you know, if he does something like tells me what to do,” said Isenberg.

“I think it's very important for people to do have a companionship and friends,” said Rodriguez. “I think it fills a void in our lives.”

Neither Isenberg nor Rodriguez could have predicted they’d meet and find a level of understanding that they share.

It’s a form of love that has enriched their lives in this season.

Both Dr. Granville Coggs and Victor Rodriguez have written books detailing their historic life accomplishments. Ordering information can be found through these links:

Soaring Inspiration: The Journey of an Original Tuskegee Airman

Soaring Inspiration
Soaring Inspiration is the biography of Dr. Granville Coggs which covers his Arkansas roots and being chosen as a Tuskegee Airman during WWII. He was accepted to Harvard Medical School when it was rare for African-Americans to gain admission.

The Bell Ringer
An inspiring story of an Hispanic boy who grew up in small-town Texas and became an outstanding educator, who learned important lessons through sports competition, guided by the faith and determination of his mother and his first teacher.