The school district made parents aware of the incident via Facebook. 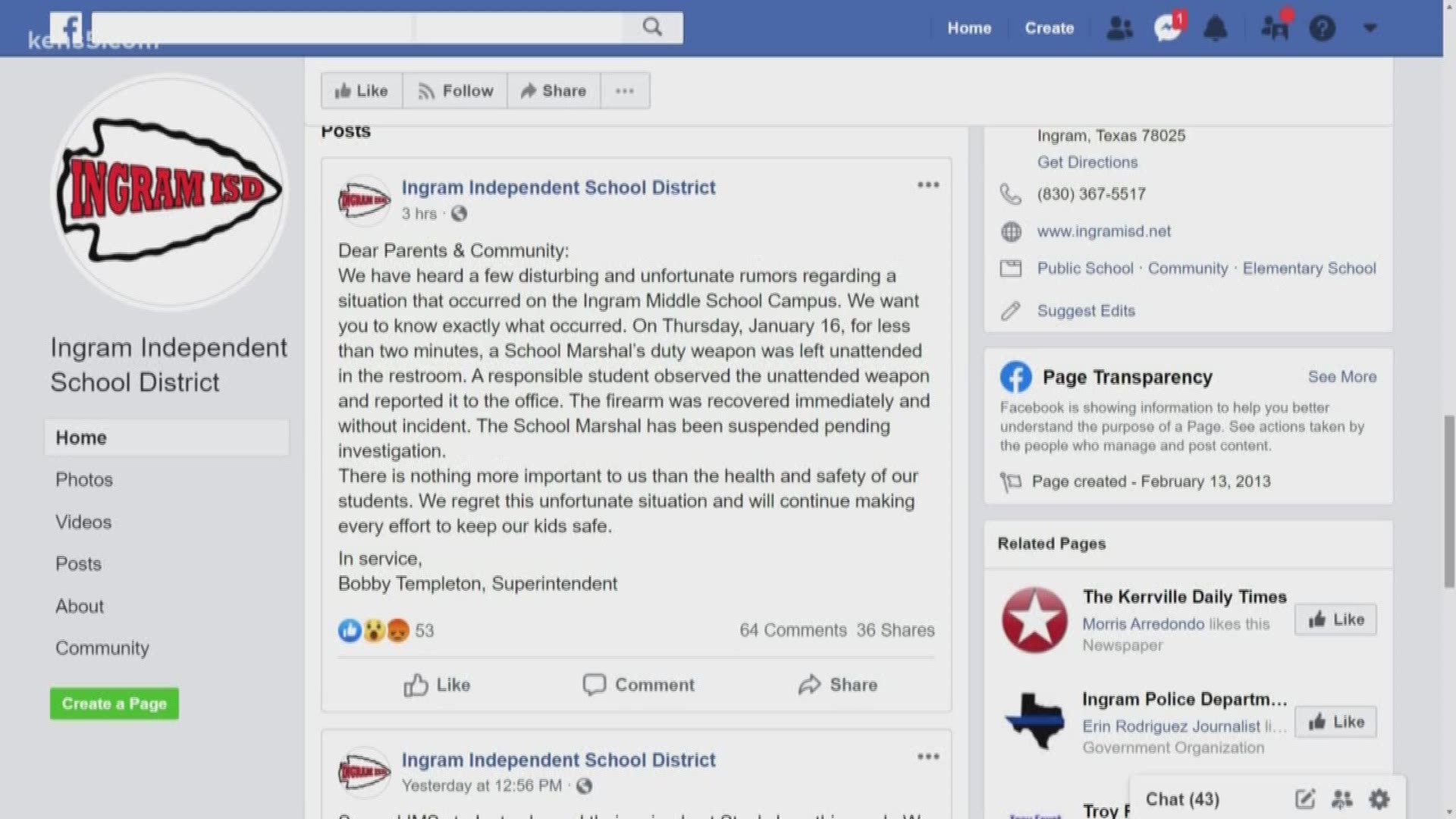 SAN ANTONIO — A Texas school district says they "regret this unfortunate situation" after a School Marshal forgot their duty weapon in a middle school bathroom, where it was found by a student.

According to a post on the official Ingram Independent School District Facebook page by the district's superintendent, Bobby Templeton, the incident occurred on Thursday, January 16.

During that time, "a responsible student" found it and reported it to the office.

The firearm was immediately recovered "without incident."

The School Marshal that the weapon belonged to has been suspended pending an investigation.

On behalf of the district, superintendent Bobby Templeton concluded, "There is nothing more important to us than the health and safety of our students. We regret this unfortunate situation and will continue making every effort to keep our kids safe."