City officials, meanwhile, said they wouldn't be involved with fixing the issue right away since it's on a private property. 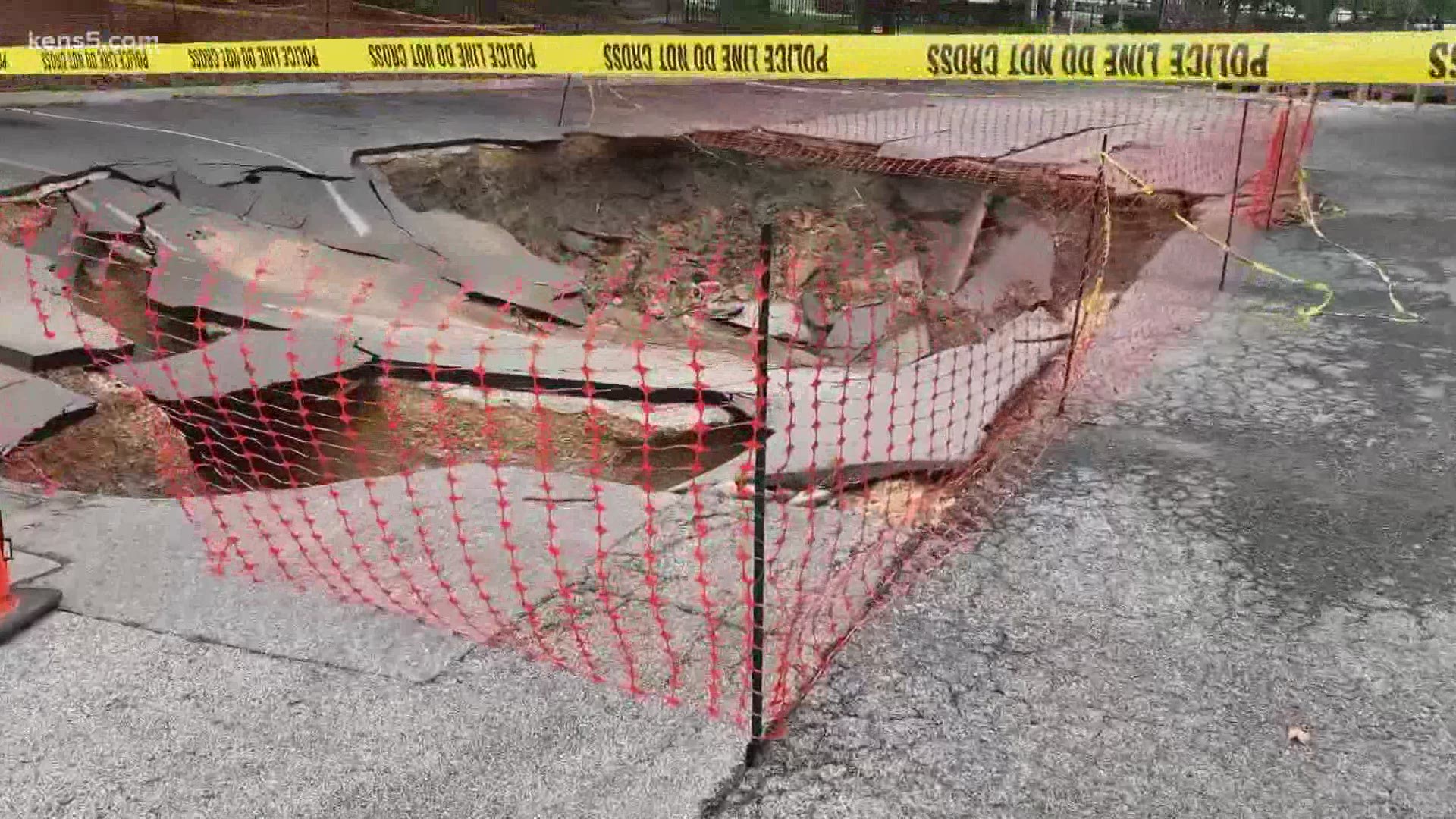 SAN ANTONIO — A sinkhole in the Medical Center area is already big enough to swallow several cars, and neighbors are worried it will grow even bigger.

Several people who live at the Fountainhead Apartments on Horizon Hill said they noticed the problem Friday night when one of their neighbors went door to door, warning people to move their cars from one section of the parking lot that was disappearing.

"We didn't recognize him so we didn't open our door, but then the next morning we saw the hole," one resident said.

"They moved the cars that were parked right there, but that's all," added another, describing the scene Friday night.

No one wanted to complain on the record, but everyone said they were anxious to get answers from complex managers, who were apparently not returning calls during the holiday weekend.

KENS 5 found the office locked and a phone message to the company was not returned on Monday.

"It was kind of scary because it was a big hole by Saturday morning," one man said after Friday night's heavy downpour, adding "that hole got about twice as big as it was originally" after a second round of weekend showers.

"It was an asphalt washaway, is what they said it was," the resident said, adding the problem seems much more significant. "This is definitely a sinkhole. They sent an email late Sunday, and tried to make it seem like it wasn't quite as bad as what it is." 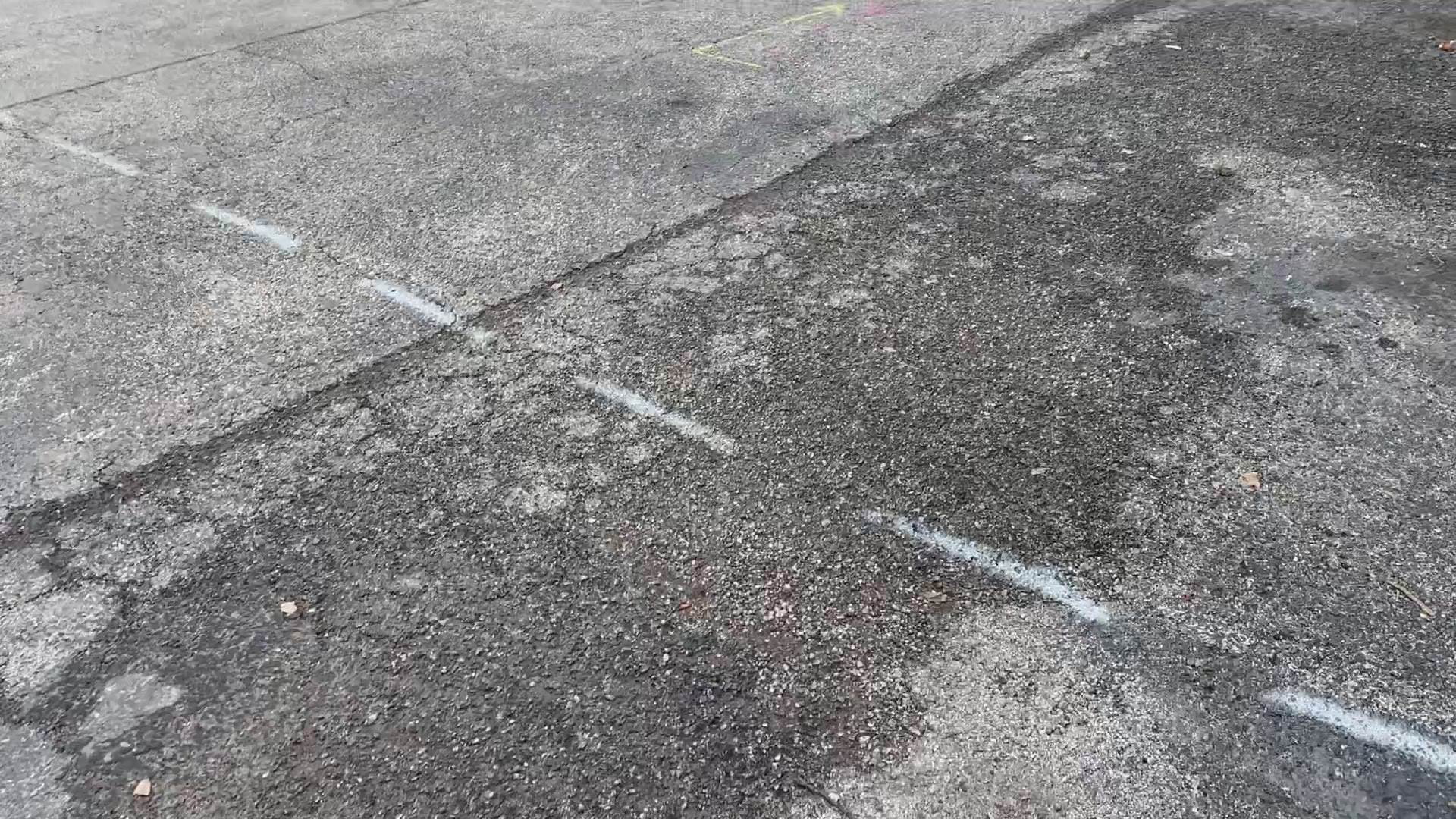 One resident said they saw some San Antonio firefighters installing yellow caution tape at the scene on Sunday, but they said that is all the protective action that has been taken.

Several city officials did respond, even though it's a holiday. The chief communications officer for the San Antonio Public Works Department said since the problem is on private property, it is a private problem. Paul Berry said it's up to the property owner to remediate the growing hole, adding the city wouldn't be involved unless the hole grows so large that it starts impacting infrastructure or utilities.

One man who said he has been walking in the neighborhood for more than 20 years said he is unconcerned with the sinkhole. He said the same problem has happened in the exact same spot numerous times over the years.

He said the complex management addresses the issue every time it returns.

So far, there have been no reports of injuries or damage to nearby property as a result of the sinkhole.