Gov. Ron DeSantis says behind the scenes, the state has gotten pushback from the CDC for asking people to show their I.D. at vaccine sites. 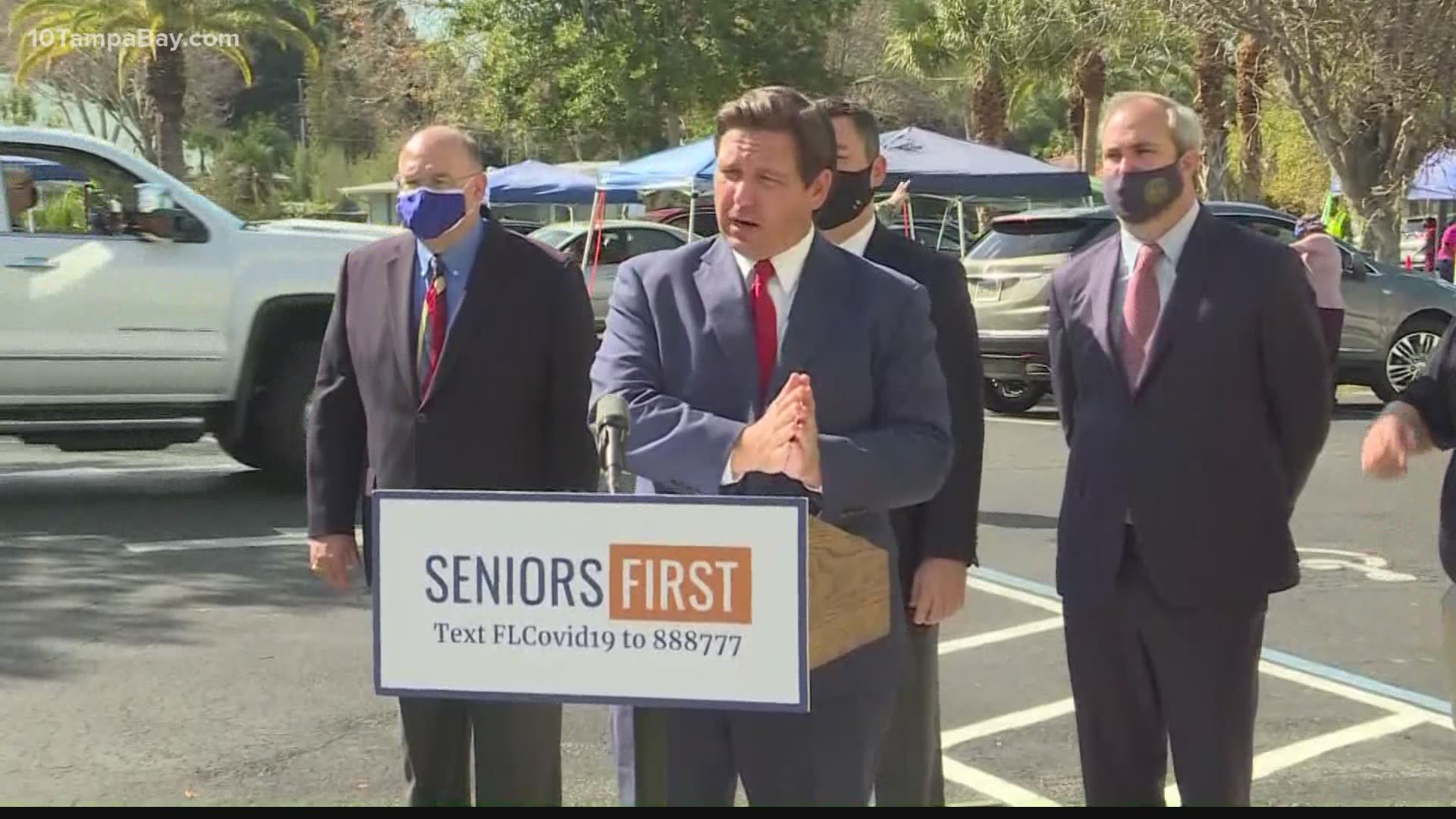 VENICE, Fla. — If you don’t live in Florida, don’t try to come here to try and get a COVID-19 vaccine.

That’s the message Gov. Ron DeSantis had on Wednesday while speaking at a community center in Venice.

When asked about how state leaders were making sure only locals were getting the vaccines, DeSantis said the county does a lot to ensure that. He said he’s gotten push back from the CDC behind the scenes on requiring people to show I.D. when they show up at test sites.

When it comes to people who live here half of the year, he says he gets it and a lot of those people even have doctors here. But, people should not come from out of state just to get a vaccine.

“People visiting out of state, tourists, we’re not doing it,” he said. “I will say though, the fact that someone would even think about coming here from Brazil or South [Africa] or wherever to come to Florida, kind of blows up any fake narrative seniors aren’t getting shots here. If seniors weren’t getting shots here, nobody would be trying to come and get their shots here.”

The governor also talked about Florida’s response to the pandemic compared to states that have shut down.

He continued to talk about how people have come to Florida to do business and he thinks that’s because state leaders have stayed focused on the big picture.

DeSantis said Manatee, Sarasota and Charlotte counties would be getting more vaccines to get out to the seniors who live in those communities. He said the way Florida is prioritizing parents and grandparents for the vaccine is the right call.

DeSantis talked about how the Federal Retail Pharmacy Program was going to bring more vaccines to the state.

You can watch the press conference here.