The wrong-way driver was wanted for shooting at a Bexar County Sheriff's Office deputy, police said. 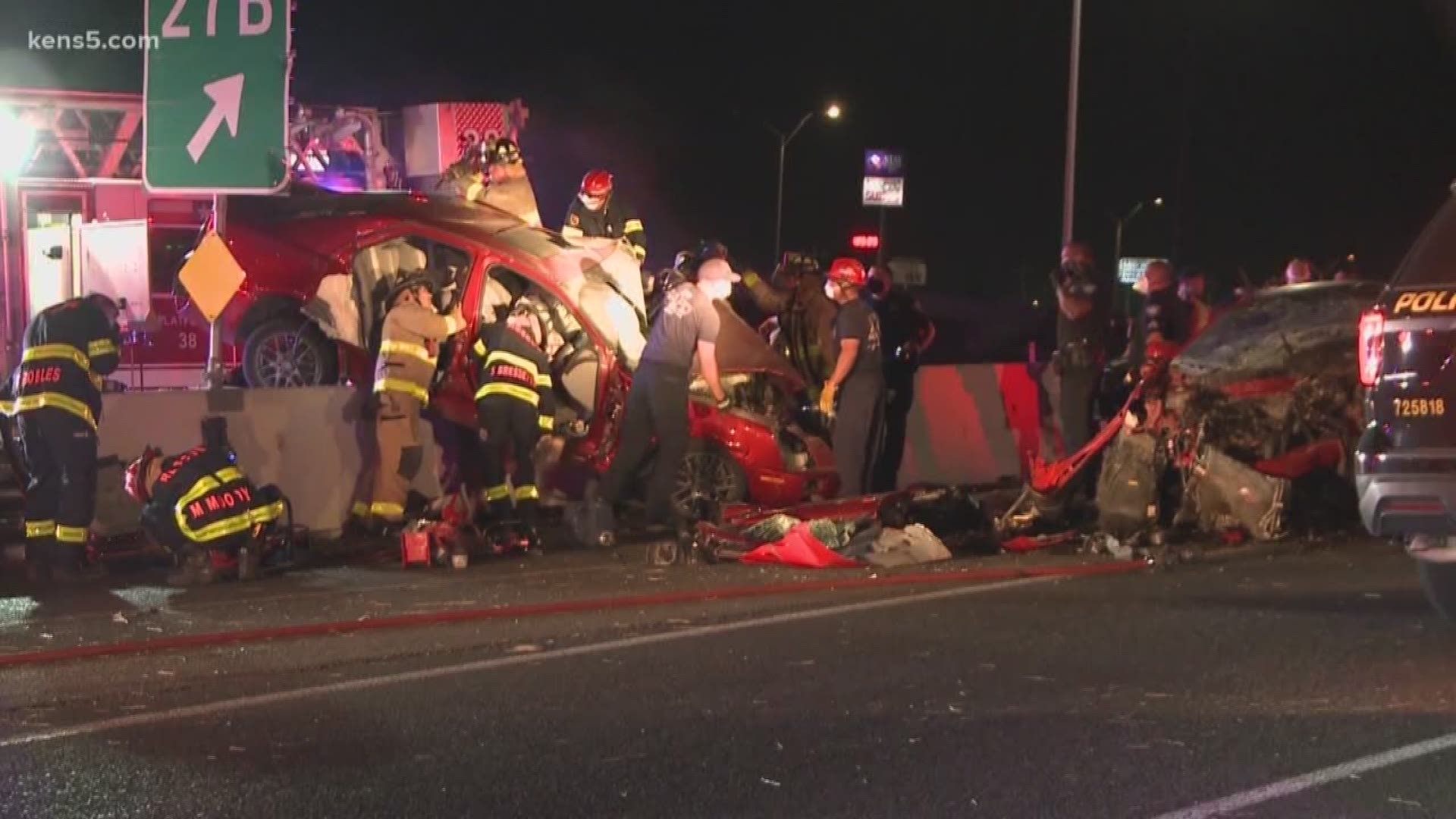 The incident took place around 9 p.m. Sunday. Police said they were serving a warrant on a suspect wanted for shooting at a Bexar County Sheriff's Office deputy around a year ago.

SAPD found the suspect near Highway 151 and US 90. He got into a red car and took off, leading police on a high-speed chase.

The suspect attempted to go the wrong way up I-35, then went northbound on 410 to the I-35 flyover exit, still driving the wrong way, police said.

The driver then crashed into a red Mustang head-on, killing that driver, authorities said.

The victim was later identified as 20-year-old Asante Contreras.

The suspect had to be extricated from his vehicle and was taken to Brooke Army Medical Center in critical condition, and authorities said he may not survive. He has been charged with murder.