A few minutes before the crash took place, someone called police to report the wrong-way driver. 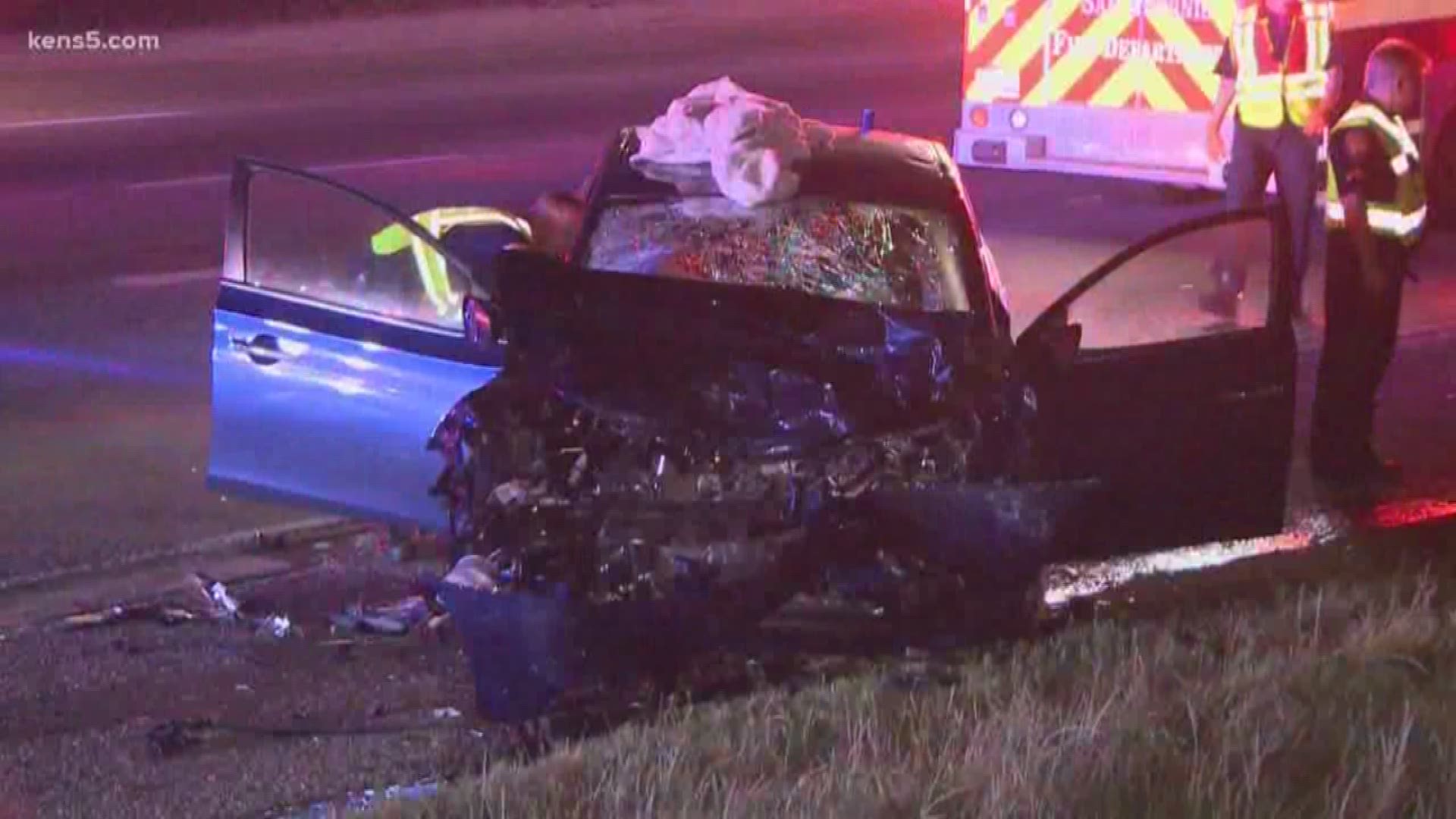 SAN ANTONIO — A wrong-way driver crashed into a car, sending a family of six to a hospital, the San Antonio Police Department said.

The incident happened around 3 a.m. Tuesday on Interstate 35 east of the Interstate 37 exit, near downtown.

When police arrived, they found two vehicles with serious damage and a family trapped inside one car.

Police said the driver of a pickup, who is a man in his 30s, was driving northbound in the southbound lanes of I-35 when he crashed into the family's car at a high rate of speed.

Authorities helped the family out of the car and rushed all six of them, two adults and four children, to University Hospital with serious, but non-life threatening injuries.

The driver of the other vehicle is at a hospital in police custody with charges pending.

The wrong-way driver was called in by a 911 caller a few minutes before the accident occurred.

RELATED: SAPD says officer shot and killed a man with a machete near downtown San Antonio