“Enjoy this weekend, the happy holiday Easter weekend, but also slow down and be mindful of your safety,” officer Davis said. 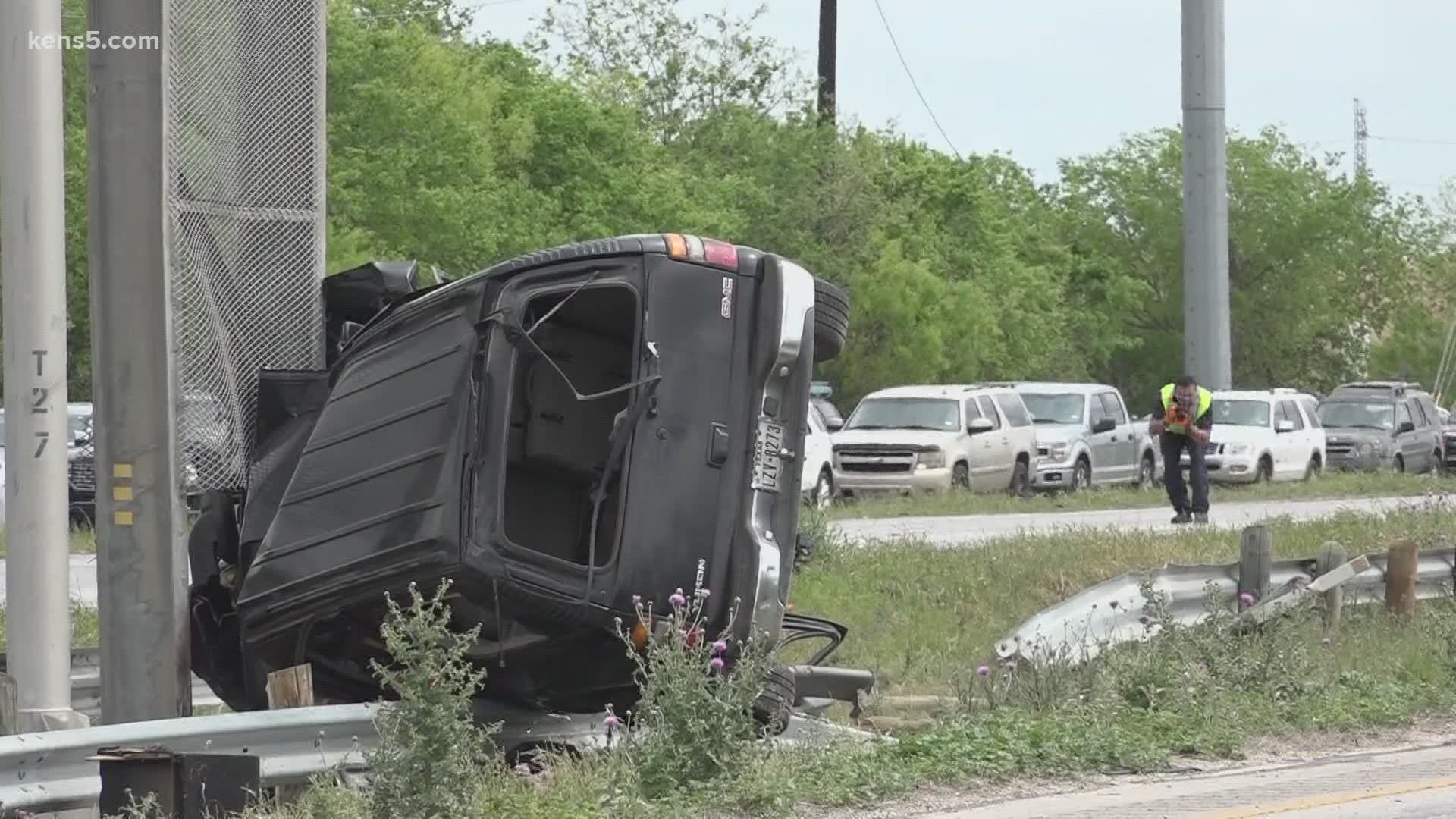 SAN ANTONIO — On the southwest side of town, both lanes of loop 410 near Somerset Road were closed for hours after police say the driver of an SUV lost control, causing the vehicle to roll over.

“It was a single car accident. It had three occupants inside of the car at the time of the accident,” San Antonio Police supervisor Michael Davis said.

The San Antonio Police Department tells KENS 5 there were two adults and one child inside of the SUV.

Unfortunately, police say one of those adults, since identified as 38-year-old Elva Guerrero, died at the scene.

SAPD says AirLIFE flew one of the passengers to a hospital, while an ambulance rushed the other. Officer Davis said both of them are doing fairly well.

“They are talking to investigators and officers to help piece together how this happened,” he said.

Police are still getting to the bottom of what caused the driver to lose control, but Davis told KENS 5 the accident was just one of many they have responded to this Easter Sunday.

“I wish I knew what the case was. We were surprised when we came into work this morning,” he said.

Officer Davis says while many continue to enjoy family gathering this holiday weekend, accidents like these remind us how quickly it can all be taken away.

“Enjoy this weekend, the happy holiday Easter weekend, but also slow down and be mindful of your safety,” he said.