The driver who was hit is a local handyman, and he told KENS 5 that vehicle was his work truck. 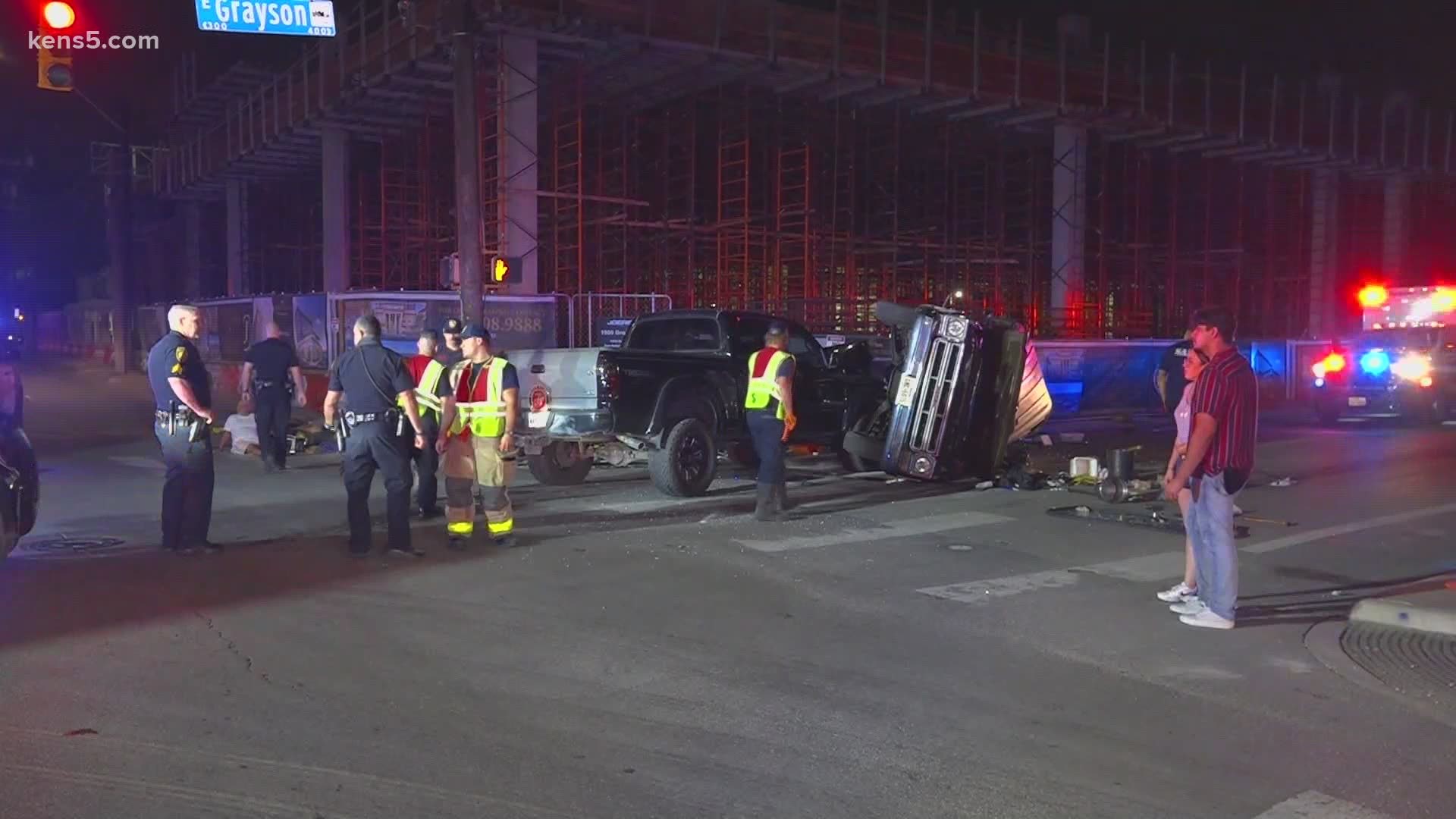 SAN ANTONIO — A suspected drunk driver crashed into a man's work truck, and that man says because of the damage, it may have ruined his small business.

The incident happened around 1 a.m. Friday on Broadway and Grayson Street.

Police said the driver of a black pickup was driving north on Broadway when witnesses saw him run multiple red lights while speeding.

That man then ran the light at Grayson Street where he T-boned a brown pickup truck, police said.

The impact of the crashed caused the pickup truck to flip onto its side. Authorities said both drivers did not sustain any major injuries.

The driver of the black pickup truck was arrested under suspicion of Driving While Intoxicated.

The man driving the brown pickup truck is a local handyman, and he told KENS 5 that vehicle was his work truck. He was headed home from doing a job.