The incident took place at three different locations in and around downtown. 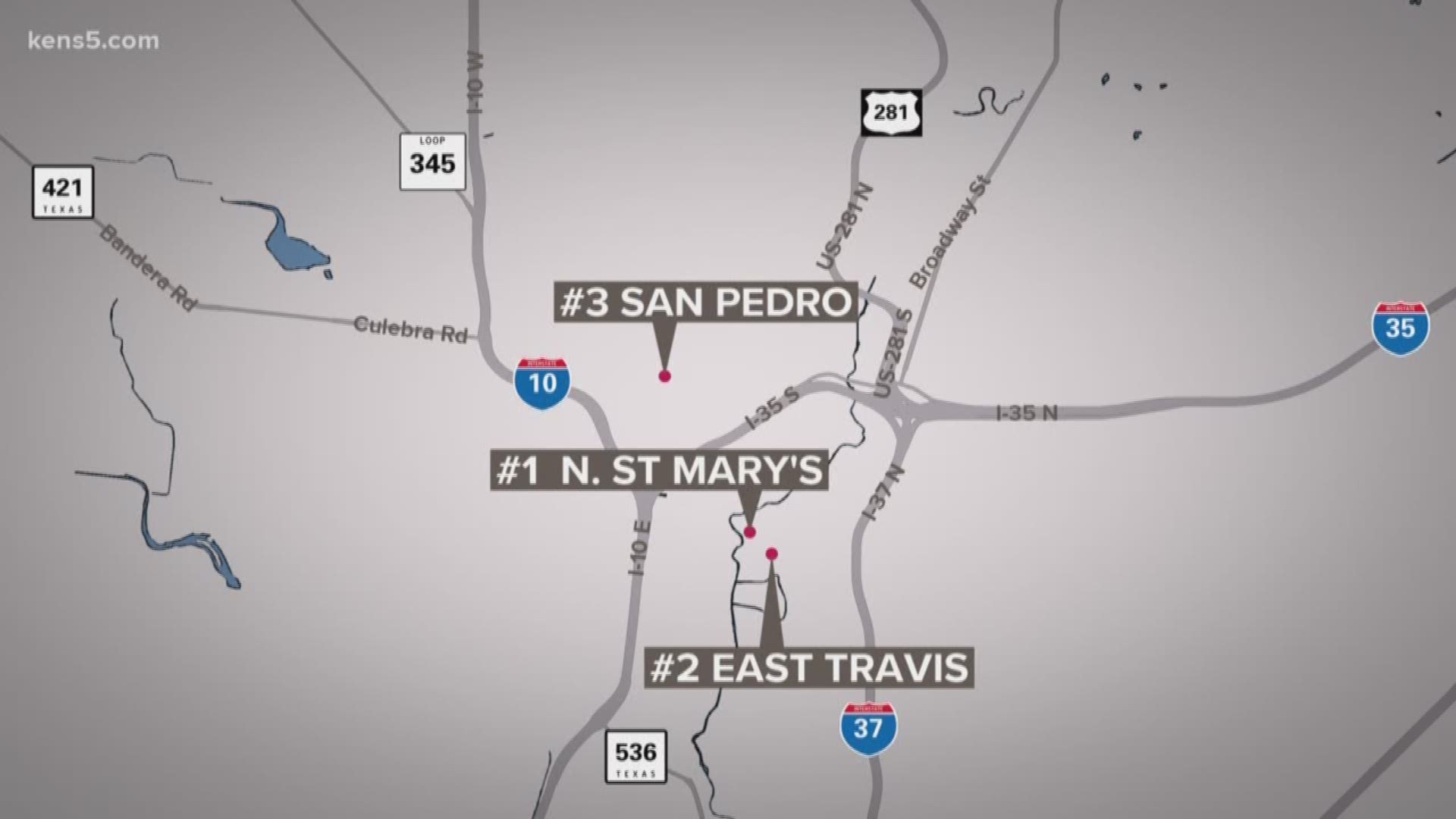 The incident took place around 11:45 p.m. Monday in the downtown area at three locations: Greyhound Bus Company, a walkway near the St. Anthony Hotel and a 7-Eleven gas station on San Pedro Road.

Police said the paintball shooters fired at passengers at the Greyhound station, people standing in the walkway near St. Anthony and two men unloading products at the convenience store.

Callers told police that a vehicle would drive past the victims and spray them with paintballs. Victims said it was painful but caused only minor injuries.

No vehicle description was reported.

RELATED: Americans are slowly returning to the road, data says