49-year-old Aron Bernard Griffin was arrested after many called 911 to report seeing multiple people inside the back of a tractor trailer that Griffin was driving. 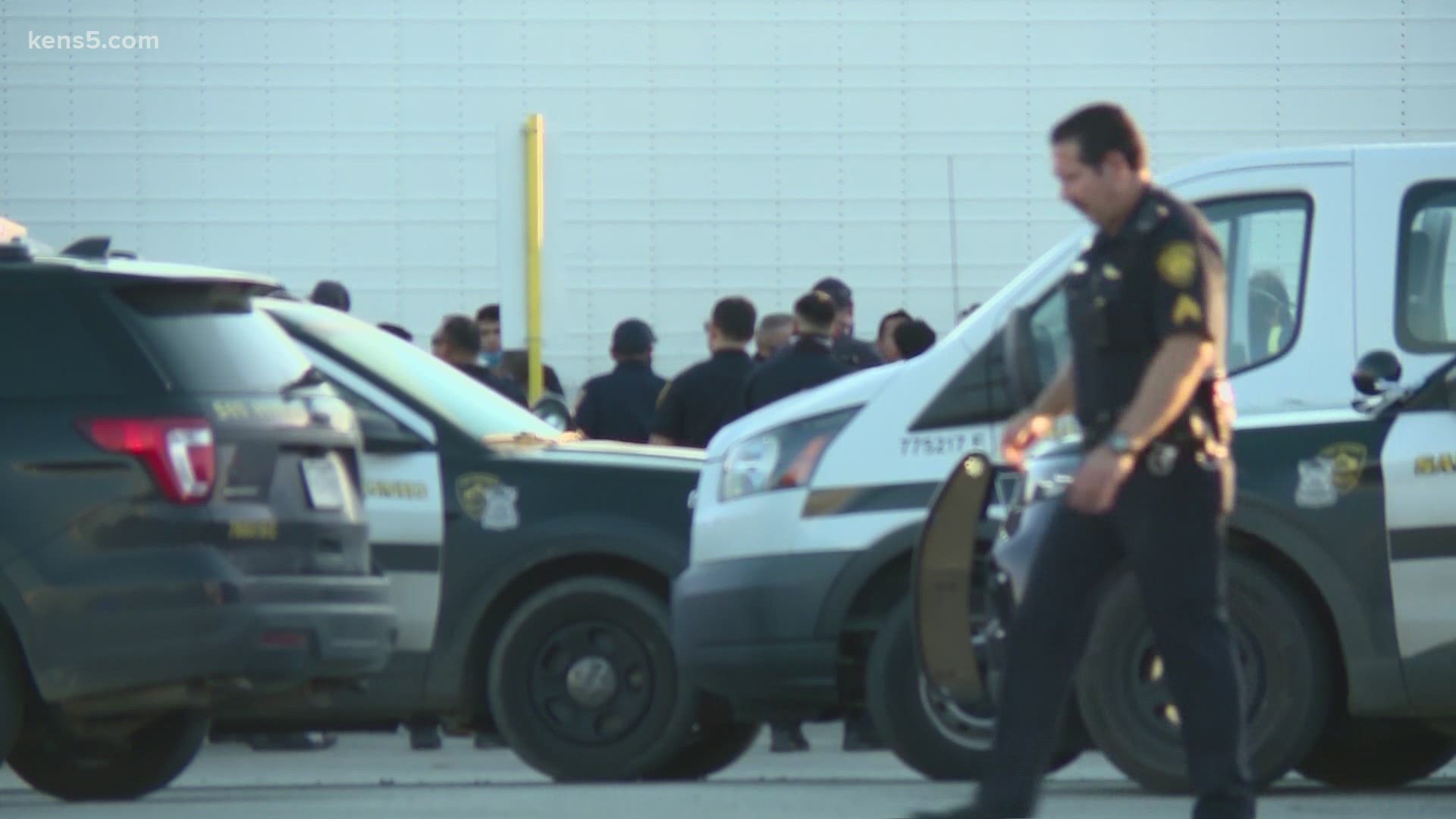 SAN ANTONIO — A Dallas man was arrested Thursday night in San Antonio on federal criminal charges due to his alleged involvement in smuggling a large group of migrants.

Thursday evening, police began searching for several individuals believed to be migrants who fled on foot from the back of an 18-wheeler at a truck stop on the city's northeast side. Forty-one people were found at the scene and were detained by Homeland Security Investigations Special Agents.

According to the United States Department of Justice, 49-year-old Aron Bernard Griffin was arrested after many called 911 to report seeing multiple people inside the back of a tractor trailer that Griffin was driving.

Griffin told authorities that he had made an agreement with another person to pick up the migrants in Laredo and transport them to San Antonio in return for money. If convicted, Griffin faces a maximum penalty of 10 years in prison.

Sometime after 6 p.m. Thursday, a massive response from city emergency units was called to the TA truck stop off I-10 at Foster Road. An SAPD spokesperson told KENS 5 police received reports of a "suspicious big rig" driving on I-10 with people potentially being smuggled inside.

Authorities initiated a traffic stop, and the big rig arrived at the truck stop, at which point potentially dozens of immigrants are jumped from the truck's trailer and fled.

An SAFD spokesperson said one dehydrated individual was taken to a local hospital out of precaution.