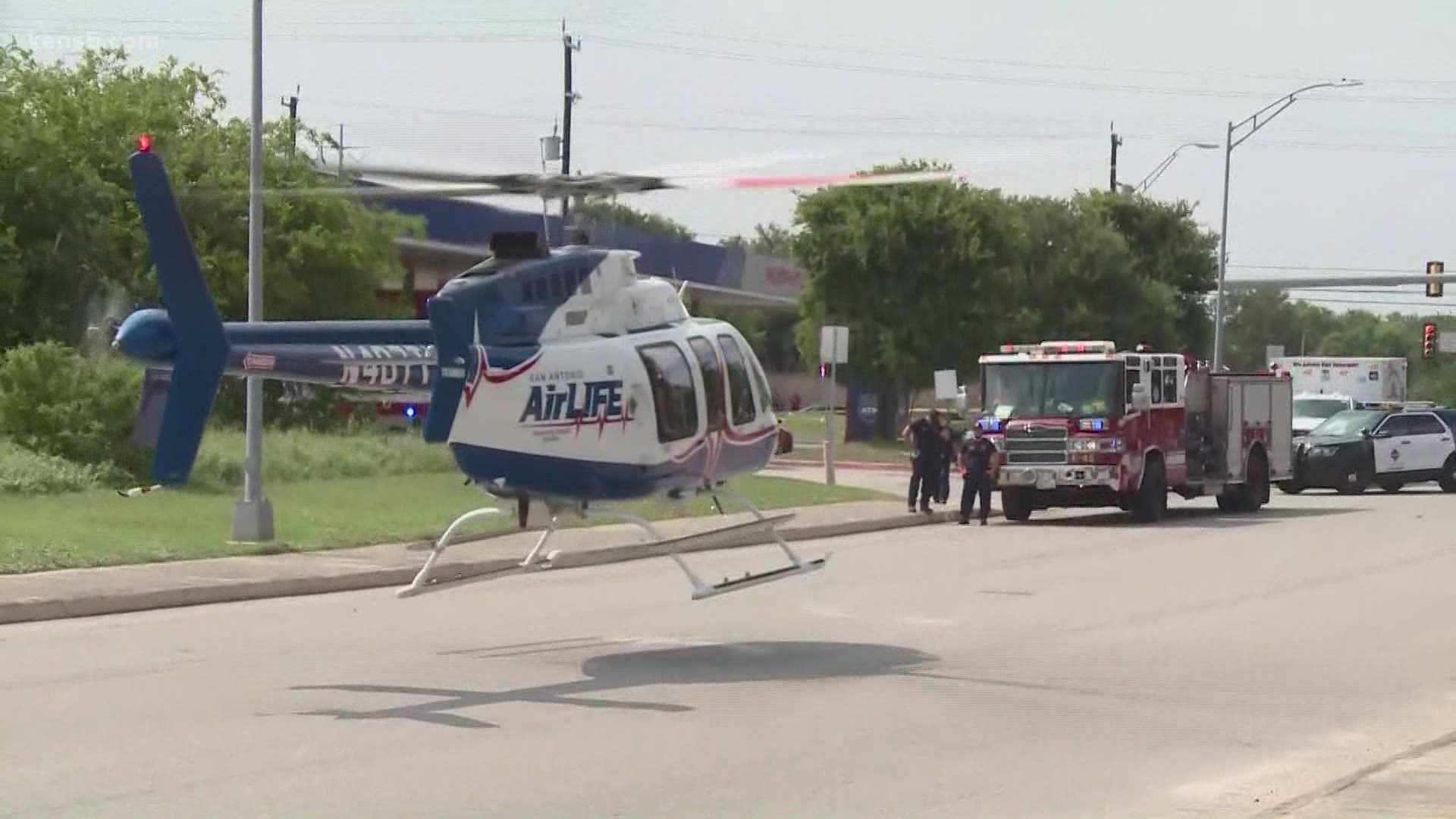 SAN ANTONIO — A 63-year-old man has died after what appears to have been a road rage incident, the San Antonio Police Department said.

The incident happened around 3:15 p.m. Wednesday in the Walmart parking lot in the 11300 block of Potranco Road on the city's west side.

Police said the 63-year-old was in his car waiting to exit the Walmart when a 31-year-old man inside a red car drove by him. Some sort of road rage incident took place between the drivers, police said.

The 31-year-old man parked at the Walmart gas station and got out of his vehicle. The 63-year-old followed the man to the gas station parking lot and pulled out a gun, according to police.

That's when the 31-year-old man reportedly pulled out his gun and shot the man multiple times. The 63-year-old was taken to a hospital through AirLIFE, but passed away due to his injuries.

The 31-year-old man had not been charged, but authorities said they are still investigating the incident.