Police said they used that tactic after some officers were attacked with glass bottles. 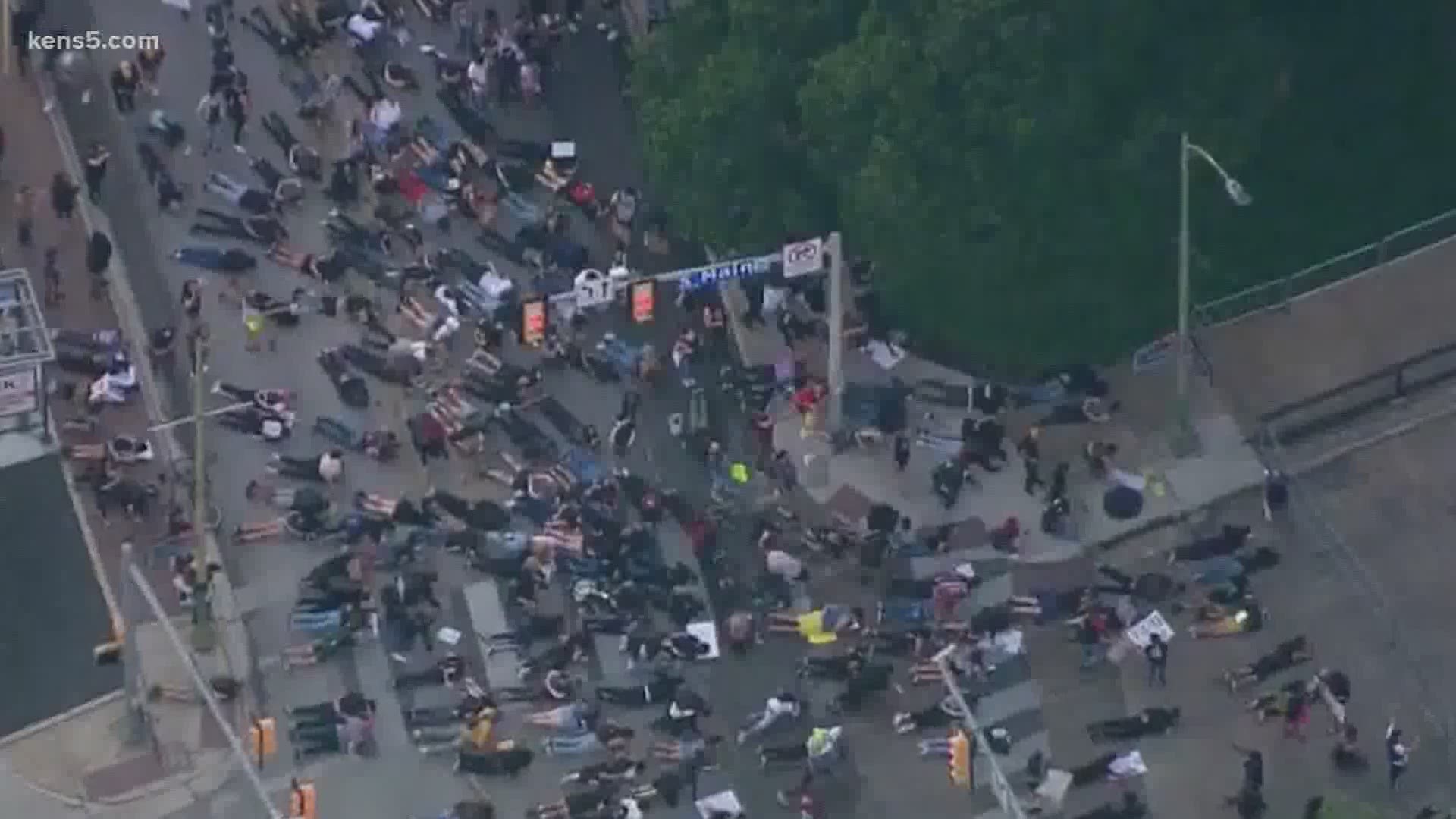 According to the San Antonio Police Department, officers used pepper balls, smoke, wooden, and rubber projectiles on a crowd of people on Houston Street, right near where Alamo Plaza was shut down as a preventative measure.

Police said the objects they fired, "hit the ground and impact the lower extremities." They said they used that tactic after some officers were attacked with glass bottles. At one point, protesters began to lie down on the street.

Several videos online show different angles of the clashing between police and the protesters. Texas Public Radio's Joey Palacios was at the scene and shared video with KENS 5 of what he witnessed.

Earlier in the evening around 6 p.m. on Monday, protesters met at the Bexar County Courthouse and marched through the rain to Public Safety Headquarters.

The protesters continued walking through downtown, heading towards Alamo Plaza, which is closed now to vehicular and pedestrian traffic through Sunday as a response to the violence from Saturday night's rioting.

One unidentified protester told KENS 5 why he was at the protest:

Peaceful protests turned into confrontation with police nationwide. Here's a look at what took place in Minneapolis:

RELATED: Police: Protester threw bottle of urine at officers during violent outburst as curfew was issued

RELATED: Tender moment caught on camera of police chief helping a young boy, who was scared at protest