About 12 hours after it began, officers were able to de-escalate a situation where a man was threatening to hurt himself with a loaded gun. 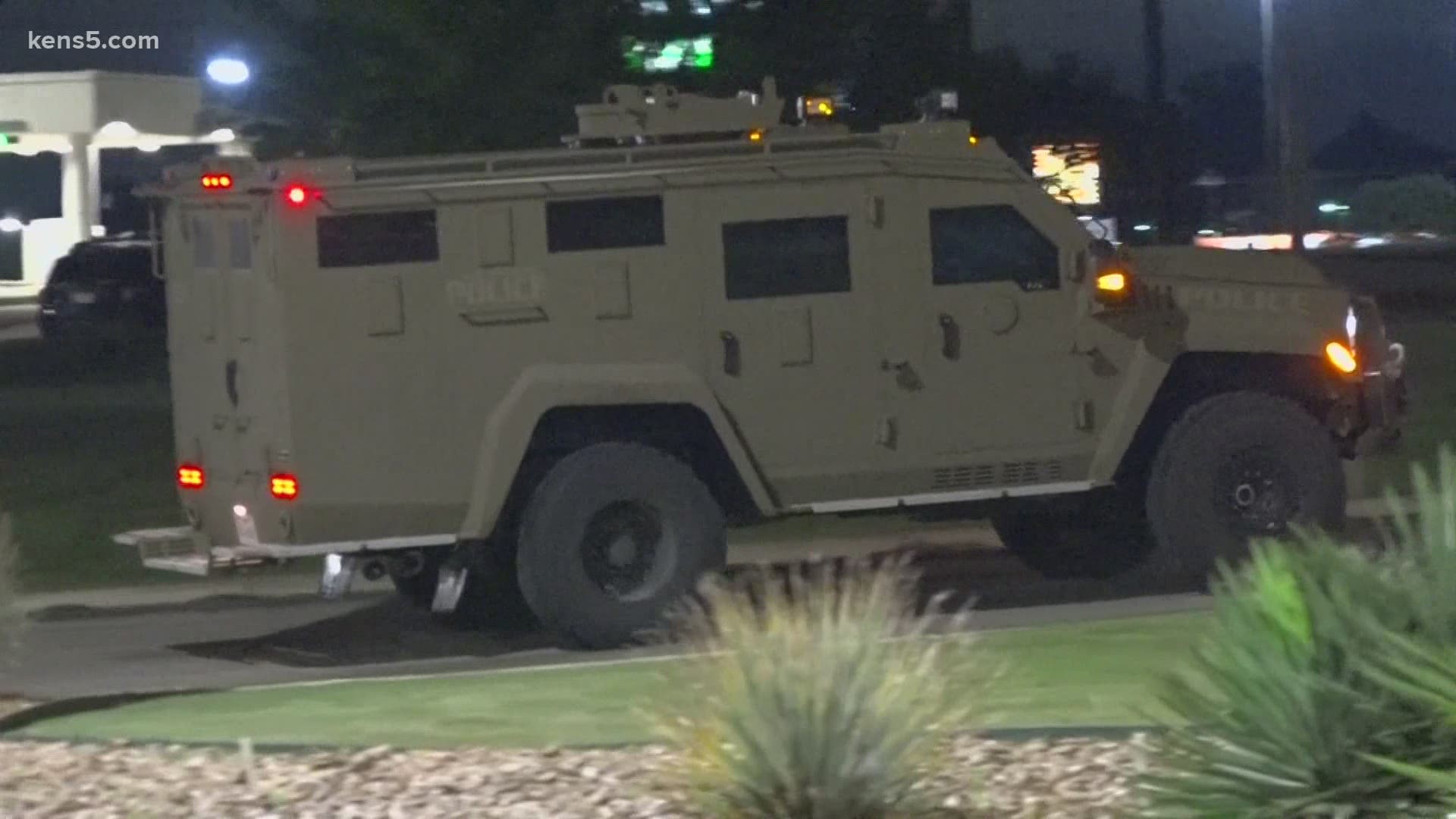 SAN ANTONIO — The San Antonio Police Department said a SWAT standoff ended peacefully on Wednesday around 10 a.m. after 12 hours. A man had told customers in a grocery store parking to call the police late Tuesday night saying otherwise he would shoot himself.

Around 11 p.m., SAPD responded to the H-E-B located at the 4100 block of South New Braunfels Avenue to reports of a suspicious person with a gun, according to police.

SAPD said a 42-year-old man was walking around the parking lot showing a gun to customers while telling them to call the cops on him or he would shoot himself.

Due to no one being around, police contained him beside that building. A SWAT team and mental health personnel were at the scene, police said.

Officers had responded in the past to three previous mental health calls, SAPD said. He was taken into custody after police used a non-lethal method of distracting him.