SAPD: Standoff over after man broke into ex-girlfriend's house with a machete

The woman and her current boyfriend were able to get out and call for help, and hours later the situation came to a peaceful resolution. 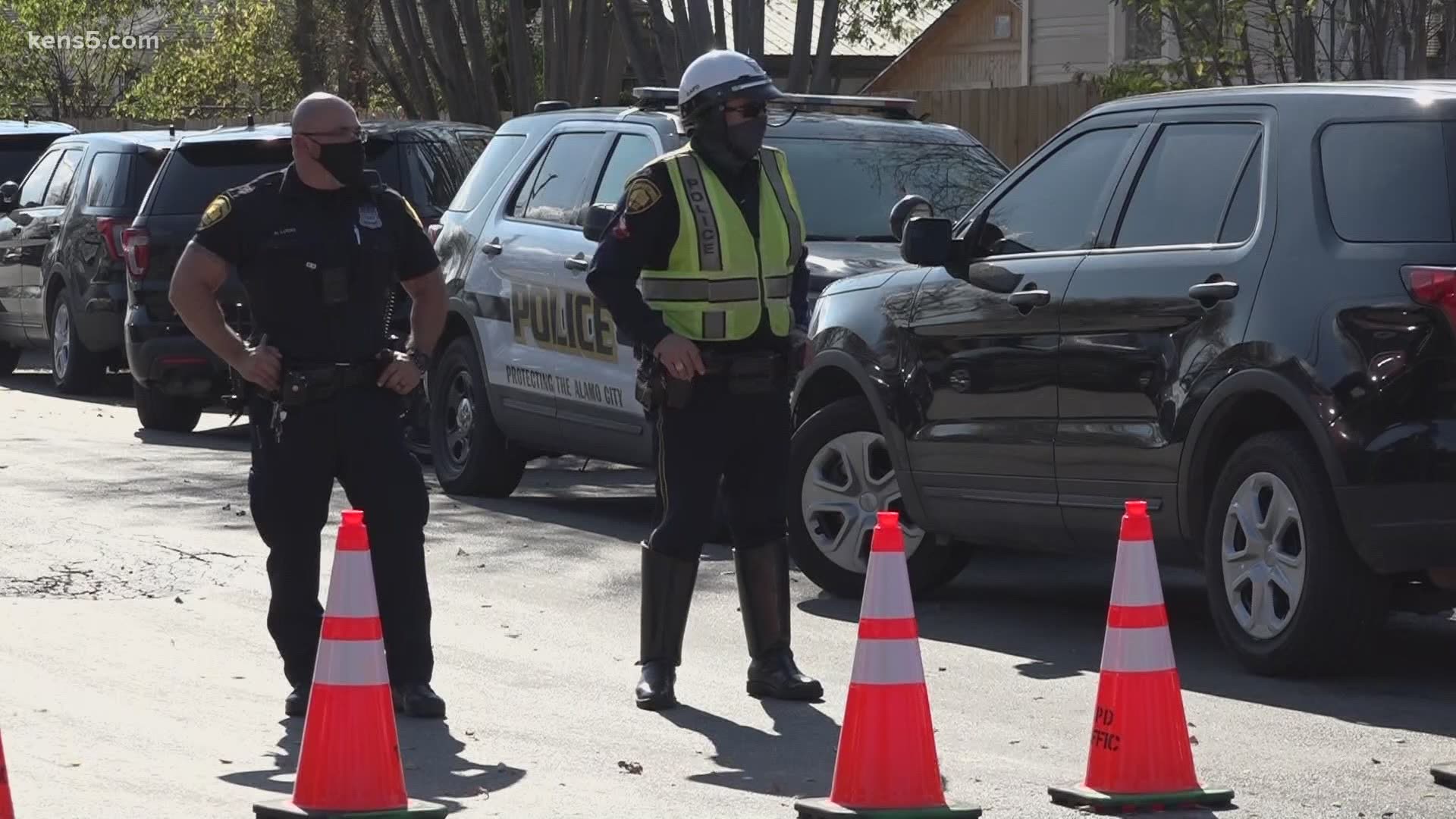 SAN ANTONIO — On Sunday afternoon, a man barricaded inside a home west of downtown after breaking into his ex-girlfriend's house, armed with a machete, the San Antonio Police Department said.

The standoff ended around 5 p.m. after several ours, with no reported injuries.

Police said the man, who has not been identified, barricaded himself inside the home on West Poplar Street. The woman and her current boyfriend were able to get out and call for help.

SAPD said the man does have a criminal record, and he has previously shown up to the house. Mental health professionals arrived at the scene, and after eight hours, they were able to convince the man to surrender peacefully.

SWAT team is talking to a man police say broke into his ex-girlfriend’s house on W Poplar St. this morning. He barricaded himself inside, armed with a machete. Woman and her current boyfriend got out safely. @SATXPolice working on a peaceful resolution. #KENS5Eyewitness @KENS5 pic.twitter.com/RoxMqmNRDd