The juvenile bicyclist has been taken to University Hospital. 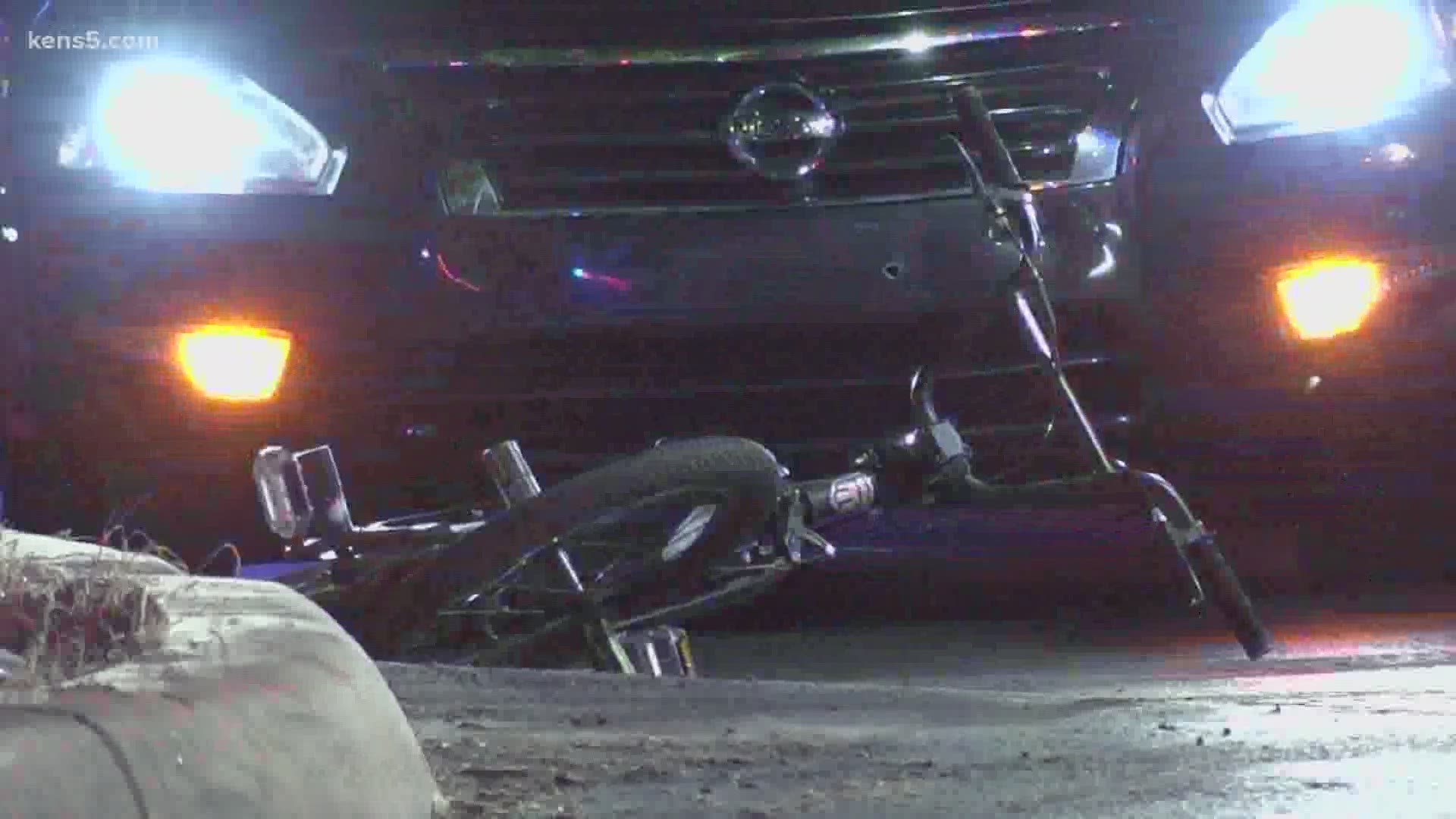 SAN ANTONIO — A juvenile bicyclist was taken to an area hospital in stable condition with serious injuries after getting hit by a car Thursday night.

Officers were called out to the intersection of Mulberry and San Pedro Street around 10:30 p.m. for a crash.

At the scene, officers found a juvenile that had been hit by a car and the car that hit him.

EMS rendered aid to the victims and took him to a nearby hospital.

An official with SAPD said that the car was driving south along San Pedro when the bicyclist ran a red light and darted out in front of the car. The driver was unable to stop in time and hit the cyclist.

The driver was not intoxicated and no criminal charges are expected to be filed.