A man who walked into a northwest-side gas station with a gun and a mask over his face was shot by a customer who saw him threaten the clerk, police said. 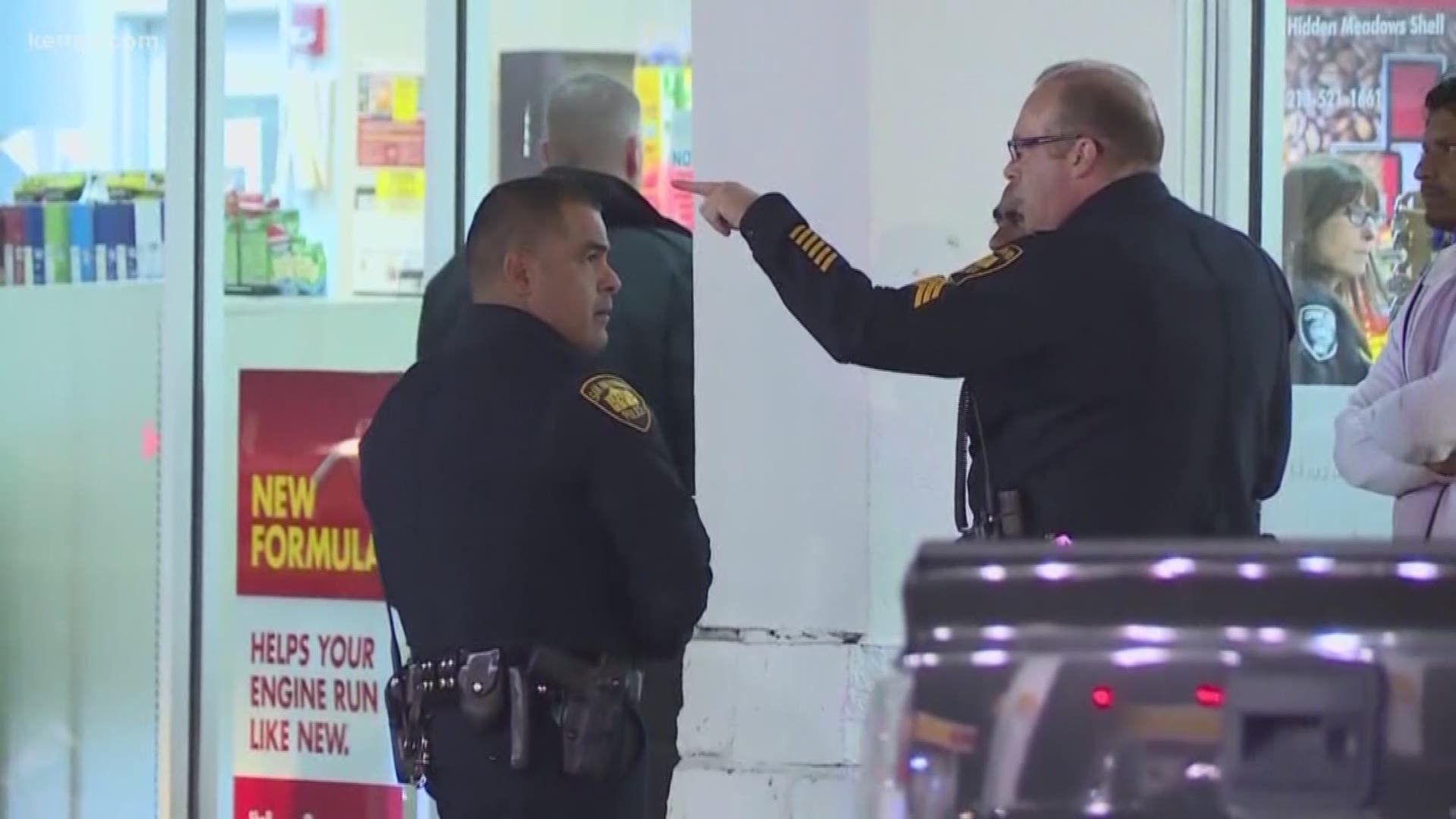 SAN ANTONIO — An apparent robbery attempt at a northwest-side gas station ended with a masked man dead, San Antonio police said. On Wednesday, the Office of the Medical Examiner identified the man as 21-year-old Armando Sanabria.

At around 6:30 Tuesday night, police were called to a gas station on Culebra Road near Loop 1604. According to police, a man showed a gun and appeared to threaten the clerk.

There were two customers in the store at the time and one of them saw the threat and used a taser on the man. Another customer shot Sanabria, who died at the scene, police said. According to police, the would-be robber did not fire his weapon.

“They [the customers] took matters into their own hands, and were willing to make decisions and live with whatever consequences that came with that,” the officer at the scene said. “At the time if they felt that that was a threat that needed to be addressed... then those are decisions that could be seen as commendable, but a robbery did not happen as a result."

At this time, it’s not clear if the customer who fired the deadly shot will face charges, police said.

“We absolutely wouldn't [recommend this.] However, you take matters in your own hands," police said. "In the state of Texas you can carry a weapon and you have the right to protect yourself and your property. While these were customers and not owners, they felt like this threat was active and they addressed it as such."

While San Antonio Police continue to mull whether the two customers will face charges, some KENS 5 viewers asked if they were within their rights to intervene with firearms.

Josh Felker, of Lone Star Shooting Range and also a spokesperson with SAPD, said it could possibly be a justified shooting.

"The bad guy had the ability, he had the means—we just don't know if he had intent," Felker said. "In our training classes, Section 933 allows people to use deadly force in defense of a third person as long as if they are in the other persons shoes and they could lawfully use deadly force. Then you are justified in using deadly force to defend a third person.

"But, like we said in the classes, this is a personal decision you need to make. You're not required to intervene, you don't have to ask for their permission."

Police have not released the named of the two customers yet, but they could also potential face a civil lawsuit. That will depend on the outcome of SAPD's pending investigation.