A fundraiser has been organized to cover funeral expenses for the 16-year-old as police search for suspects. 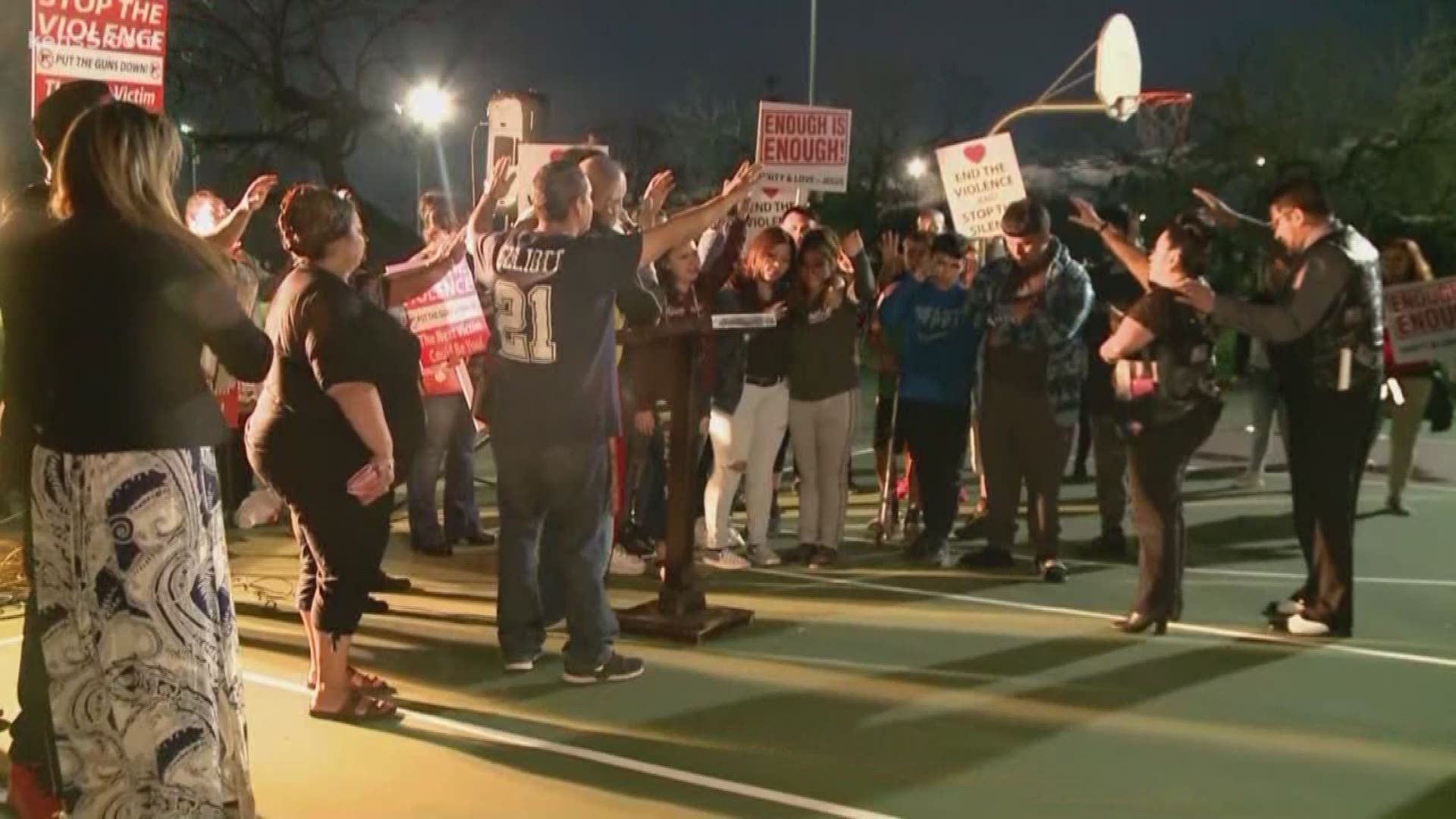 SAN ANTONIO — On Sunday night, loved ones of a teen who was shot and killed earlier in the day began a memorial, leaving candles and balloons for 16-year-old Jesse "JD" Alviar Jr.

The San Antonio Police Department responded to a shooting on the city's west side around 1:30 p.m. Sunday in the 1600 block of Saltillo Street at Father Albert Benavides Park. Alviar was killed, and two others were injured.

Witnesses said they heard several shots fired at the basketball court. Luis Cavazos was across the street at St. Timothy Catholic Church when the shooting happened.

"I started running over there and saw three bodies on the ground," he said.

He ran back to tell the priest, and they started to pray for the victims over at Benavides Park.

Jesus Gonzalez lives at the Cassiano Homes next door to the park. He tried to help save the victim.

"I tried to give him CPR," he said. "My son tried to put pressure on his wounds and everything. We just couldn't help him. The bullet did a lot of damage inside."

SAPD Chief William McManus told reporters two other victims in their late teens were injured in the shooting. One of the victims, a 19-year-old, was shot in the leg, according to McManus.

While the Bexar County Medical Examiner has not officially released the name of the boy, family friends said 16-year-old Jesse was a good kid. Stephanie Perez and her fiancé, Isaac Patlan said they would help Alviar by giving him food or clothes.

After the shots were fired, the couple ran to Jesse and were there for his final moments.

"I believe he was looking at both of us," he said. He had his eyes wide open, and then he shut his eyes."

Just hours after the deadly shooting, Pastor Jimmy Robles of Last Chance Ministries organized a prayer service. One of the shooting victims was there as well.

The community gathered to pray and demanded the violence to stop. The father of the young boy also attended the service Sunday. He kept screaming, "My boy." He knelt at the spot where he lost his son.

Police are still looking for several suspects in a silver Mitsubishi sedan.

A GoFundMe has been set up to cover funeral expenses for Alviar.