Police believe the stabbing was the result of an argument over the custody of the suspect's child. 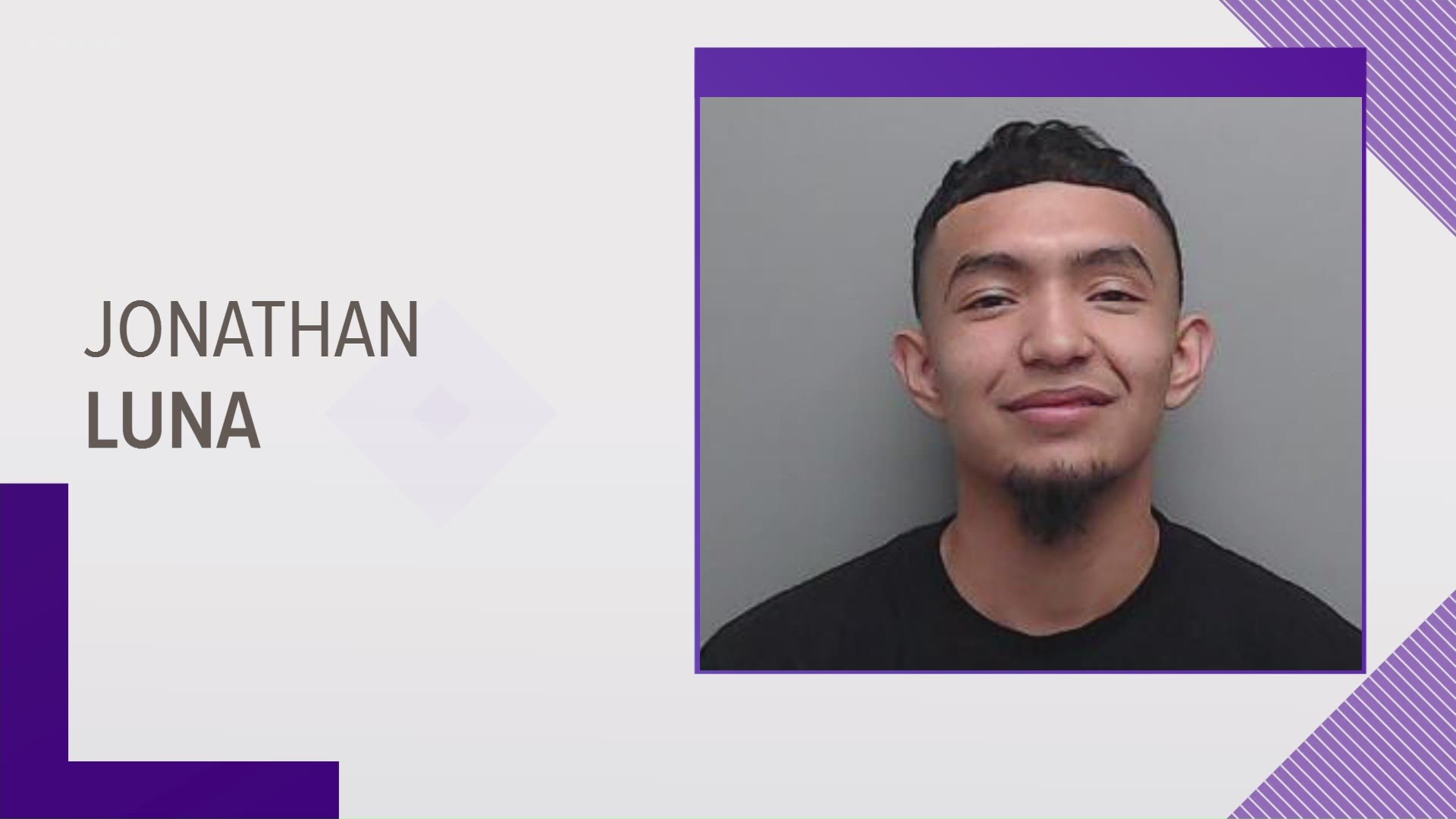 SAN MARCOS, Texas — A 21-year-old from Seguin, Texas, has been arrested after reports of a stabbing in San Marcos on Wednesday afternoon. The arrested was identified as Jonathan Sonny Luna.

San Marcos police were called to the 100 block of Linden Lane around 4:08 p.m. following a report that a man was stabbed. The caller said the suspect left the scene in a vehicle moving toward Highway 123.

As officers arrived on scene, a witness who saw the altercation and followed Luna reported that the vehicle was then on Tallow Trail. As officers headed toward Tallow Trail, they said the suspect fled through a field behind a neighborhood. A sergeant was then assigned to a nearby school for safekeeping, although students had already left for the day.

At the scene of the crime, police said officers began receiving reports that the suspect was now speaking with his grandmother over the phone. Officers were able to make contact with Luna and he eventually emerged from the field and was taken into custody without incident.

Officials believe the incident began over a child custody exchange between Luna and his child's mother. The stabbing victim was her new boyfriend, police said.

Luna was charged with aggravated assault with a deadly weapon/family violence, tampering with physical evidence and possession of a controlled substance.

Police said the tampering charge comes from Luna's admission that he stabbed the man with a set of keys. However, Ring camera shows a knife was used as the weapon, which he is believed to have destroyed or concealed as he fled the scene.

The victim, 20, suffered "incapacitating injuries" and was taken to Christus Santa Rosa Hospital-San Marcos by a family member. The status of his condition is unknown.

Luna remains in the Hays County Jail under a $112,00 bond for the three offenses.

“This is a perfect example of the effectiveness of our patrol officers to respond quickly to an incident and resolve the situation in a peaceful and successful manner,” said Assistant Police Chief Bob Klett. “I’m extremely proud of our officers and for the relationships we have developed with the community. Big thanks again to our local residents for their assistance in solving this crime.”