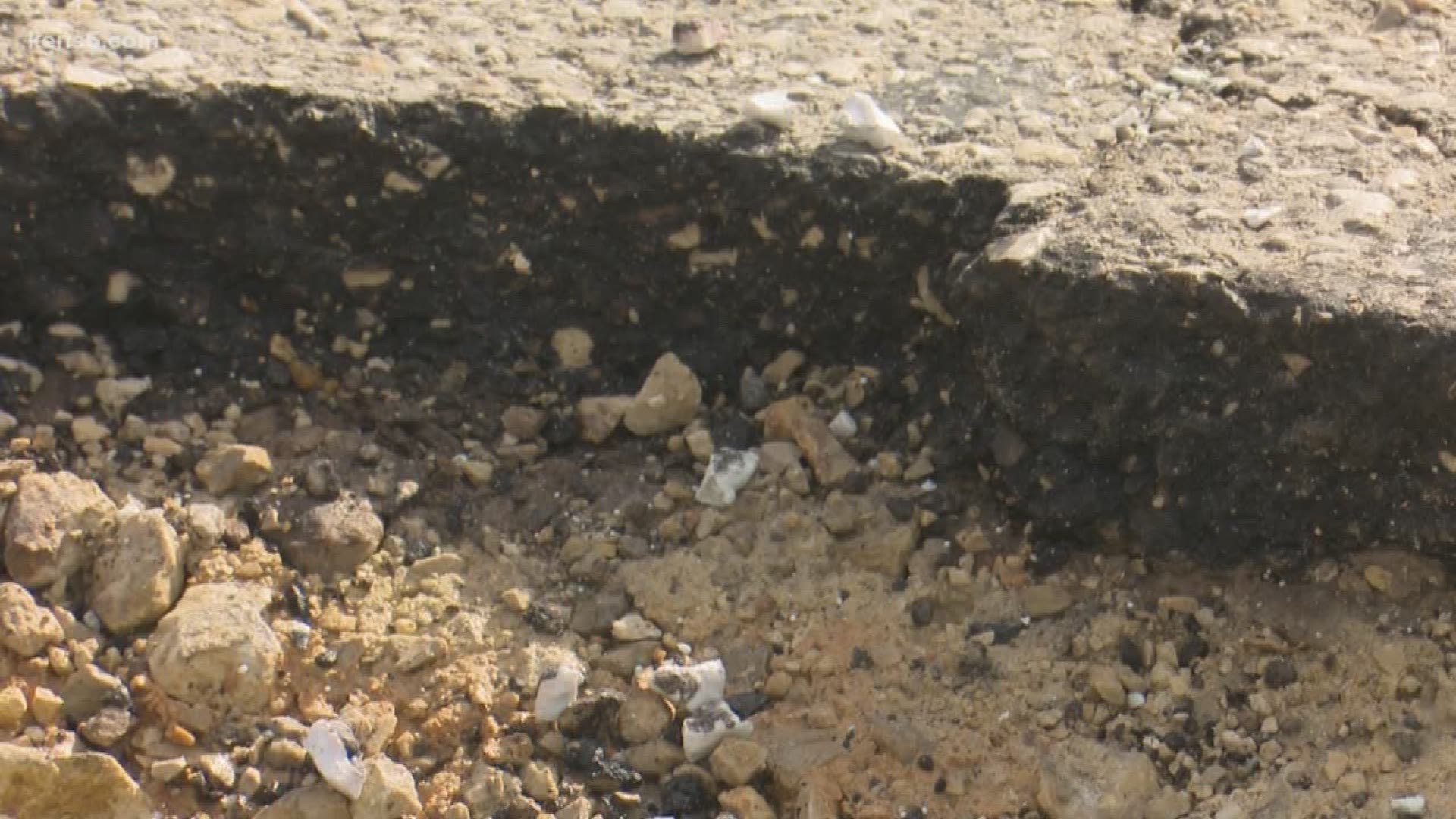 78,000 and counting: That is how many potholes the city of San Antonio has already fixed this year.

Those numbers are expected to jump as water-logged streets start to dry out and the pesky problems start to emerge.

During morning rush hour in northeast San Antonio, a particularly hungry pothole ate the tires of five cars before San Antonio police were able to divert traffic away from the hazard.

Drivers flying around the curve on Crosswinds Way near Weidner Road said they had zero time to react.

“There's a pothole covering about half of the lane. Unfortunately, five different cars including myself were unable to miss it, which caused substantial damage to our vehicles, each one of us had a blown tire," Driver Gerardo Gomez said.

The five disabled cars found refuge in a nearby parking lot to wait for tow trucks while police put out cones and flares.

“We tried to avoid it, but nobody was able to swerve out of traffic. We would have hit somebody else, and that would have been worse. Instead, the car took the brunt of the damage and here we are,” Gomez said.

Crosswinds Way bears the scars of many previous repairs.

When a nearby drainage culvert overflows during storm events, the water pressure on the pavement is intense.

It rips up big chunks of asphalt and carries them 20-30 ft. downstream, leaving gaping holes on a downhill curve.

Drivers said, because there are two lanes of traffic in the area but no painted lane markers, drivers are at risk.

“As the police officers pull up, they call 311 because they're starting to see two more cars pile up. They put cones and flares so that people would miss it, but it was five cars too late," Gomez said.

A city spokesman said calling 311 is the right thing to do to report problem areas.

The goal of the Transportation and Capital Improvement (TCI) division is to have every pothole fixed within two business days, but the city said holes bigger than 3 x 3 ft. will take longer.

When rain falls down, pothole calls jump up, so they are putting their efforts in high gear. They say that is why it is important for drivers to slow down in work zones and give the repair crews a brake.

Potholes can be reported on the city’s 311 app or use this link to the city’s website where you can skip the hassle of being on hold.